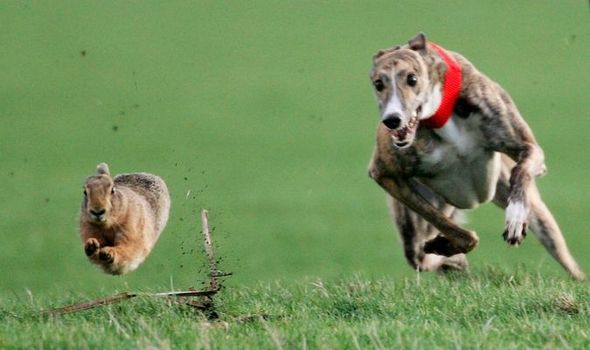 Planned new laws will also tackle other crimes associated with hare coursing, including drugs and firearms offences, violence, and intimidation of landowners standing up to gangs.

The illegal bloodsport, which is often live-streamed, targets brown hares, a declining species threatened by poaching and habitat.

Environmental coalition Wildlife and Countryside Link estimates only 50 prosecutions are brought each year and the 10,000 coursing reports recorded in 2020 are a “severe underestimate”.

Two new offences for hare coursing are being introduced, each punishable with unlimited fines and six months in jail.

The courts will be given the power to ban offenders from owning or keeping dogs, and make sure police are repaid for kennelling any animals seized.

The measures, included as amendments in the Policing, Crime, Sentencing and Courts Bill, apply to England, but talks are also taking place with the Welsh Assembly.

Home Secretary Priti Patel said she was a “longstanding” supporter of reforms to combat hare coursing, which had “blighted rural communities for too long”.