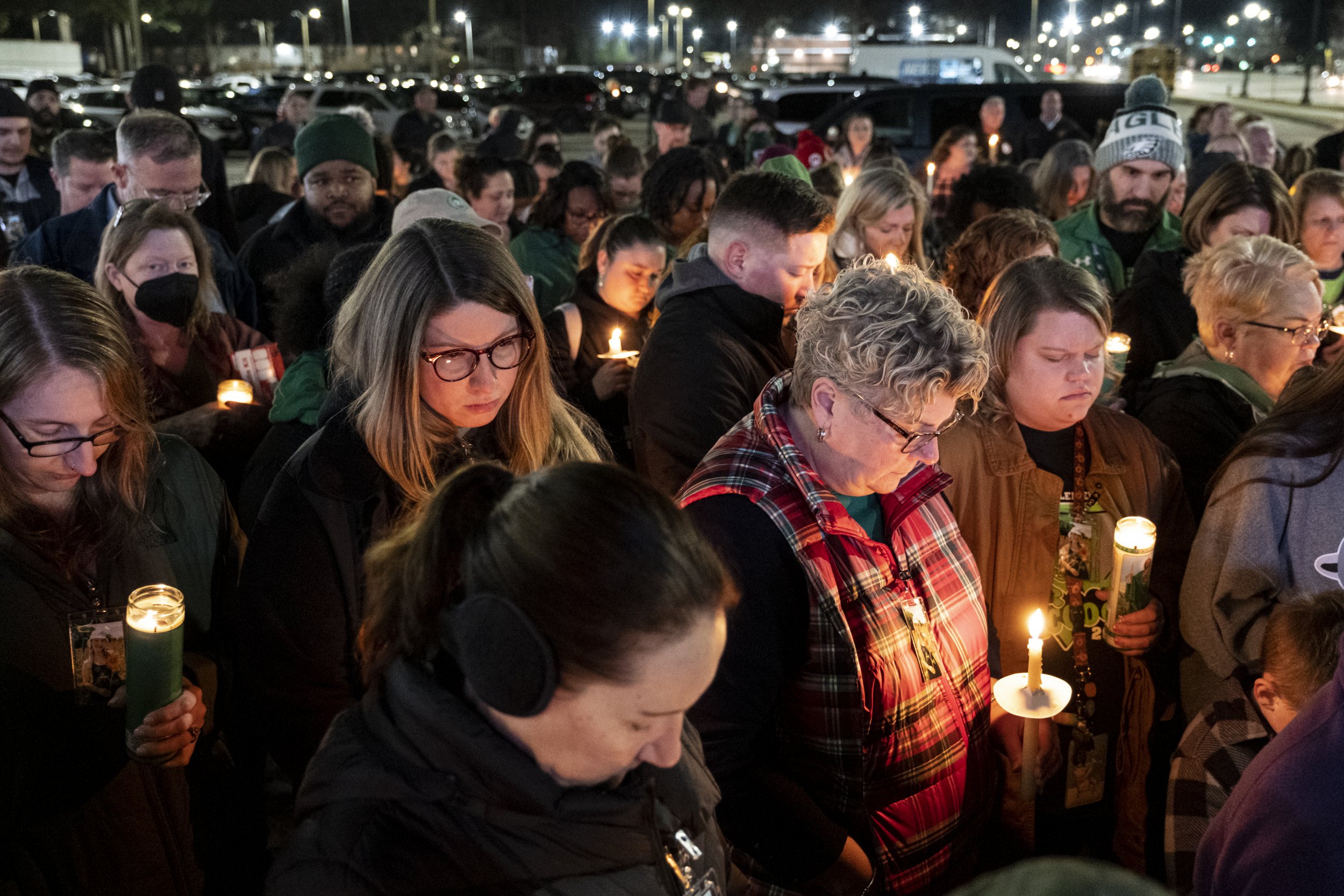 The six-year-old student who shot their teacher in Virginia used a gun purchased by their mother, police said on Monday.

Authorities and city officials in Newport News provided an update and new details about the terrifying school shooting that took place at Richneck Elementary School.

Newport News Police Chief Steve Drew said police were called to the school at 1.59pm on Friday with little information – only the knowledge that a teacher had been shot.

‘They found a six-year-old child that was being physically restrained by a school employee. The child became a little combative, actually struck the school employee,’ Drew said. ‘Officers then took control of him and escorted him out of the building.’

The child was placed in a police car with two officers monitoring him.

In the classroom, officers recovered a spent shell casing, a backpack, a cell phone, and a 9mm handgun. ‘The firearm was recovered close to the student’s desk where the shooting occurred,’ Drew said.

The firearm belonged to the child’s mother, who had purchased it legally in York County, Drew said. That morning before school, ‘the child obtained that firearm, placed in his backpack, and brought it to school.’

Drew called the teacher, 25-year-old Abigail Zwerner, a ‘hero’ and detailed how she put her students’ safety first – even after sustaining a gunshot wound.

‘The six-year-old child displayed a firearm, pointed it at her, and fired one round,’ Drew said. ‘There was no physical struggle or fight. She was providing instruction to her class.’

When the child raised the gun at Zwerner, she assumed a ‘defensive position’ with her hand outstretched. As a result, the bullet went through her hand before hitting her in the upper chest.

According to the police chief, Zwerner made sure every student was out of the classroom before running to the office to get help. When she got there, other staff members waited with her and provided first aid while waiting for help.

At 2.06pm paramedics arrived at the school. They evacuated Zwerner from the school by 2.11pm.

She is now in stable condition, and has spoken to investigators. Drew said that her the first question she asked him was: ‘Do you know how my students are?’

‘I believe that Ms Zwerner saved lives on Friday,’ the police chief said. He also reiterated that ‘this shooting was not accidental. This was intentional.’

Police obtained an emergency custody order, and the six-year-old was transported to a hospital where he is being treated by doctors. Drew called the incident ‘unprecedented,’ and said they were working closely with Child Protective Services and other social work services for guidance.

Richneck Elementary School has cancelled classes for the rest of this week. They are still providing counseling and other services for families.