The majority of Britons think schoolbooks for primary-aged children should depict same-sex relationships, according to a Sky Data survey.

Just over half – 53% – think schoolbooks for children as young as four should depict same-sex relationships, such as families with two mums or two dads, while 31% say it is inappropriate and 16% are not sure. 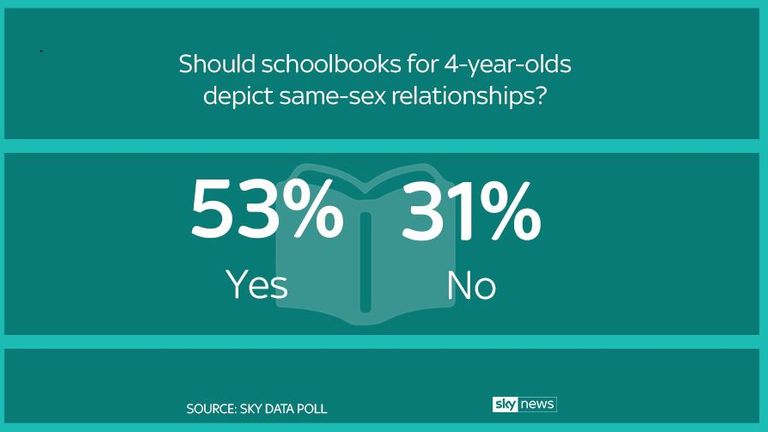 However, public opinion is far less clear cut about whether parents should be able to stop their children from reading schoolbooks featuring same-sex relationships on religious grounds.

Some 25% think they should be compulsory, 29% say parents should be able to opt out and 46% were unsure. 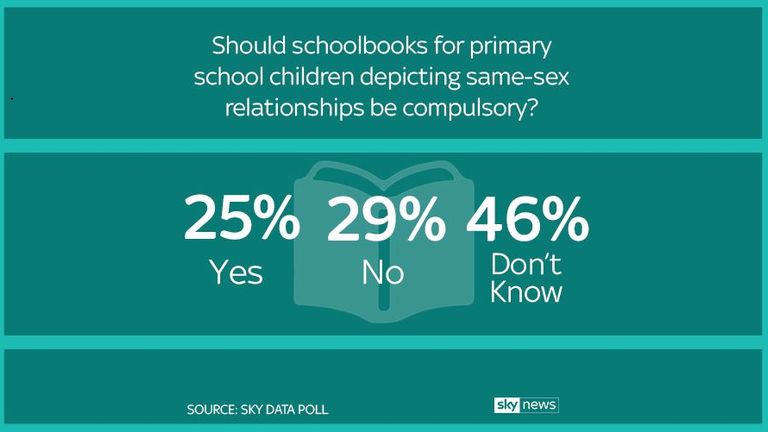 Parents of students at two primary schools in Birmingham have been protesting against lessons and reading materials designed to teach children that it is okay to be gay.

The majority of pupils at the schools are Muslim.

Protesters claim that teaching about gay relationships at schools in Muslim areas is “intolerant” of their religion and has accused the schools of “indoctrinating” children.

The protesters have been accused of intolerance and homophobia.

From September 2020, relationships education will be compulsory in all primary schools and the government has said parents will not be able to opt out.

Sky Data interviewed a nationally representative sample of 1,098 Sky customers by SMS 15-16 May. Data are weighted to the profile of the population.