Sajid Javid travelled to Seattle this week to hold meetings with tech giants on how to rid the internet of sickening child sexual abuse. A cause we can all unite behind, this Home Secretary has made it his “personal mission” in office.

But even as he flew to the West Coast to meet with executives from Microsoft, Google and Facebook, two more Londoners were injured in knife attacks in a week that saw five young people stabbed to death in the capital.

These brutal, senseless stabbings in London on an almost daily basis are feeding into a sense of growing despair as the public watch on in horror and fear. This is a Home Secretary who says he wants to keep our children safe, but young people are dying on our streets in a knife crime crisis spiralling out of control.

Of course, Mr Javid – parachuted into the Home Office to try to draw a line under Windrush crisis (he did) – is politically savvy enough to know when he has a crisis on his hands that needs tackling quickly (it’s no coincidence that medicinal cannabis available to sick children after the public outcry over the suffering of Billy Caldwell and Alfie Dingly).

So when I interviewed him in Seattle this week, the focus almost entirely shifted from child sexual exploitation to knife crime. Mr Javid said he was “deeply worried” about the rapidly rising death toll – 119 murders in London this year and counting – and had spoken to Met Chief Cressida Dick while stateside to reassure her he stood ready to do everything he could to help.

Mr Javid wouldn’t tell me what she asked for (“I won’t go through the details of the call”). But I’m pretty sure the Met chief had one request: give me more financial firepower to tackle this crisis in the annual police funding settlement next month.

Ministers have been twisting into the most extraordinary contortions over recent weeks to put the spike in knife crime down to anything but cuts in police (and youth) funding. It’s due to the changing nature of the drugs market or the reduction in the use of stop and search on London’s streets.

These may indeed be factors. But the public see is something else. They see a rise in violent crime against the backdrop of falling police numbers – 20,000 fewer police officers since 2010 – and eight years of budget cuts under two successive Tory-led administrations. Little wonder that the Home Affairs Committee said in a damning report last month that the public were losing faith in the policing as it spoke of a “crisis of leadership” at the Home Office. 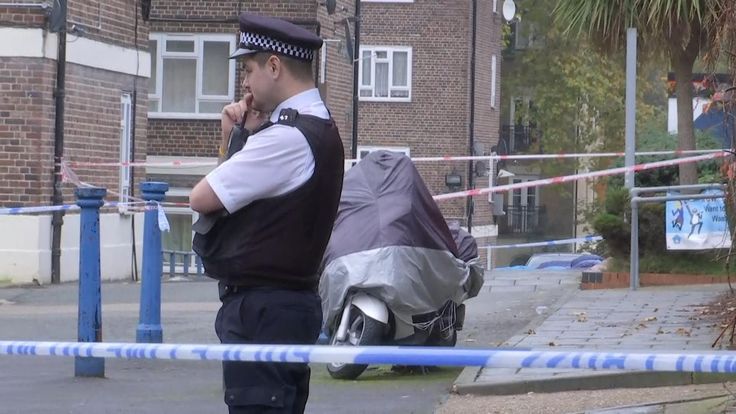 It is imperative that Mr Javid begins to turn this around if he wants to be viewed as a successful Home Secretary – and a leadership candidate for a party.

As police struggle to cope with the changing nature and complexity of crime against the backdrop of funding cuts, in recent months the prime minister – a former Home Secretary herself – has decided to dedicate pretty much all her government’s financial firepower to the NHS, committing an additional £20bn to the health service, while other public services in unprotected departments, such as the police, face an ongoing spending squeeze.

Mrs May probably decided she had little option but to pour all her government’s spare cash into the NHS given that her party has been irrevocably bound to the £350m-a-week-more-for-the-NHS Brexit bus pledge via Boris Johnson and Michael Gove. But politically, the Tories are never going to beat Labour on the NHS. The best they can do is – to quote David Cameron – “neutralise” it as an issue at the polls.

Most philosophical conservatives would agree the primary job of government is to uphold law and order and this has been a guiding principle of successive Conservative administrations. But the party is in danger of losing this reputation – and losing it on Mr Javid’s watch.

When I asked him in our interview if he was worried about being the Home Secretary who loses public trust on law and order, he replied that he wanted to be seen as a Home Secretary “who does everything in his power to keep our people safe and of course that means keeping our streets safe and this issue of serious violence and I am doing everything I can and I think that’s what the public want to see.”

That surely must involve extracting more money from the Treasury in next month’s police funding settlement. Anything less that a substantial sum will be seen as a failure. In last month’s Budget, the Defence Secretary Gavin Williamson managed to land £1bn over the next two years for his department, while Transport secretary Chris Grayling got £420m to sort out potholes. If Mr Hammond can find money for fixing the roads but not for helping deal with knife crime, the public will surely conclude that this is a government in failing in its basic job of keeping people safe.

Mr Javid acknowledged in our interview that “resources are part of the issue” when it comes to tackling the spike in violent crime in recent years, and hinted that more money would be coming his way. “I am very confident [the chancellor] is listening.

“We have a December settlement just a few weeks away so this is something that can be looked at very quickly.”

Keeping our children safe online is a honourable cause, but so is keeping them safe on our streets. Mr Javid should add that cause to his personal mission in the Home Office. It will help him not only with the public but with the grassroots too if, rather when, he runs for No 10.