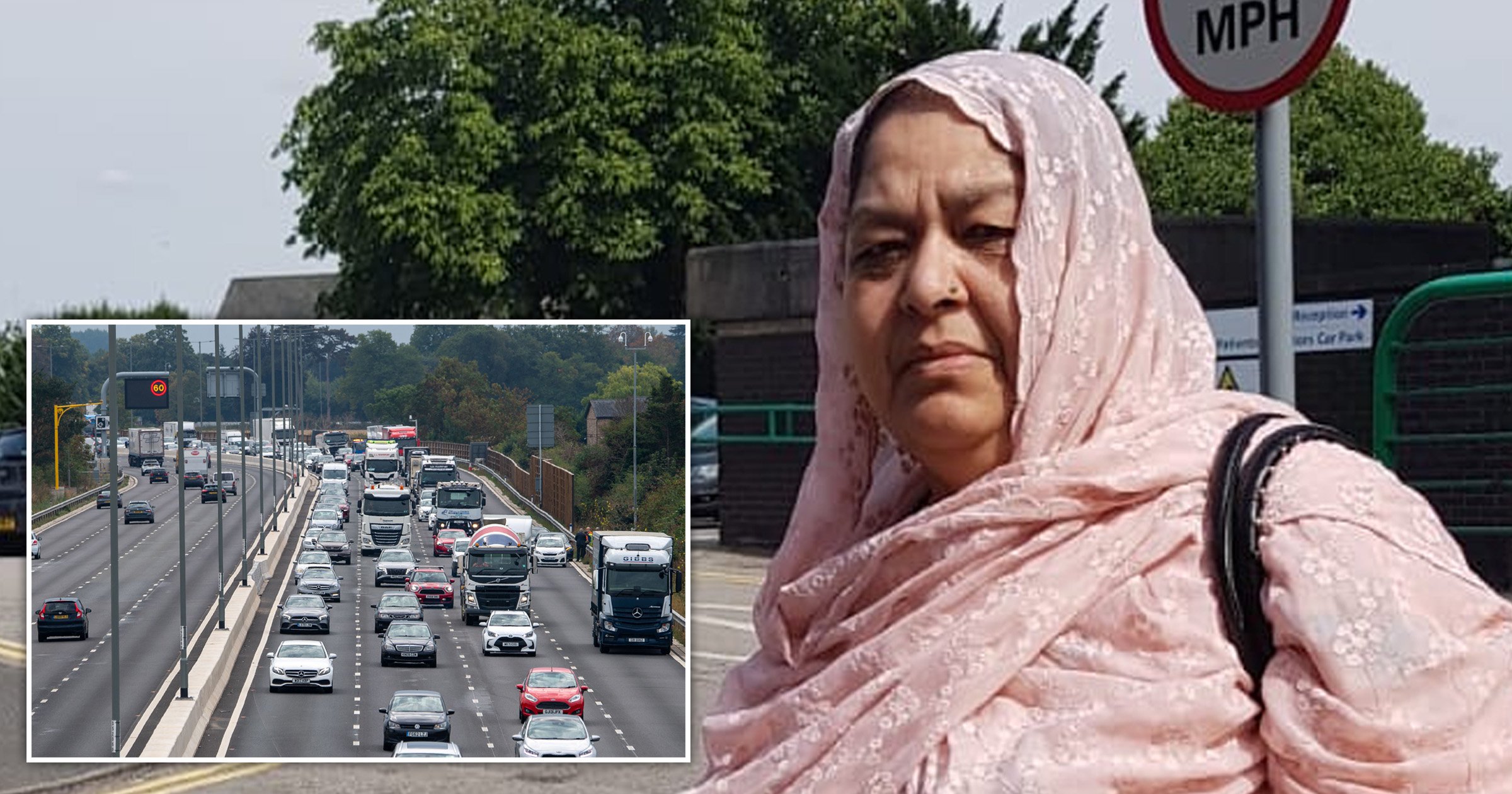 Two core features of smart motorways contributed to the death of a grandmother when her car broke down and was hit by another driver, a coroner has ruled.

Nargis Begum, 62, had climbed out of the passenger seat of a Nissan Qashqai on the M1 in South Yorkshire when it was struck by a Mercedes, causing it to plough into her.

The lack of a hard shoulder and a loophole in the M1’s incident detection system had left her stranded on the tarmac for more than 16 minutes before collision, the inquest into her death was told.

Her husband Mohammed Bashir, who initially thought he had stopped on a hard shoulder, described the sound of the ‘horrendous impact’

After realising it was a live lane, he had put his hazard lights on and climbed over the barrier, but it was too high for his wife to get over.

Smart motorways are typically lined with emergency refuges, relying on control room staff to remotely close live lanes when drivers are forced to stop on them.

They are monitored via a network of cameras but there are not enough staff to watch all of them constantly, so National Highways urge drivers to report any incidents they witness.

Nargis and Mohammed had driven past an emergency refuge by about 250 yards when their car broke down, the four-day inquest heard.

A total of 153 drivers passed their stranded car and none contacted National Highways, senior coroner Nicola Mundy was told.

Recording a conclusion of death by road traffic collision, she said: ‘The absence of a hard shoulder and the absence of any report to National Highways to notify them of the stationary vehicle so that lane closures could be put in place both contributed to Mrs Begum’s death.’

The coroner warned that many drivers wrongly believe smart motorway cameras are being constantly monitored, citing one witness to the inquest who specifically said he did not report the Nissan because of the CCTV coverage.

National Highways chief executive Miuck Harris said technology which can detect more than 80% of stranded stationary vehicles within 20 seconds was being rolled out on all so-called All Lane Running motorways.

This would be completed by the end of September, he told the inquest.

Edmund King, AA president, said: ‘The conclusion that the absence of a hard shoulder and the absence of any drivers telling National Highways about the stationary vehicle, both contributed to Mrs Begum’s death, surely calls into question the whole concept of ‘smart’ motorways.

‘Roads should not be designed with the lives of drivers dependent on other drivers reporting a breakdown in a live lane.

‘The inquest heard that corners were cut in the engineering of this stretch of motorway with no stopped vehicle detection in place and not enough emergency refuge areas.

‘We have been raising these issues for over a decade and now is time for action.’