Prince George was seen talking to Wimbledon champion Novak Djokovic on Sunday after the Serbian star defeated Australian ace Nick Kyrgios to claim his seventh title at SW19. Djokovic defended the title in four sets, winning 4-6, 6-3, 6-4, 7-6, as he claimed his 21st Grand Slam victory. However, the eight-year-old royal managed to meet the Serb alongside mother Kate Middleton and father William, both 40, following his victory.

BBC viewers could not hear the exchange between the quarter but Prince George was seen shaking the player’s hand and even holding the trophy.

It has been suggested George might have secretly been a little overwhelmed as he eventually opted to sit down on a nearby sofa before putting his hands over his face.

George’s appearance on Sunday marked his first at the tournament.

But all three of the Cambridges’ children are said to be keen tennis players.

A clip of the encounter with audio has since been uploaded to Wimbledon’s YouTube channel. 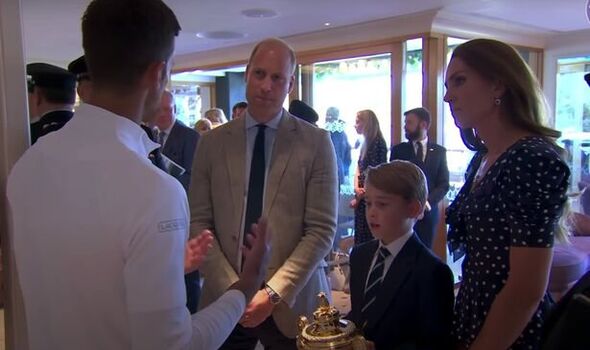 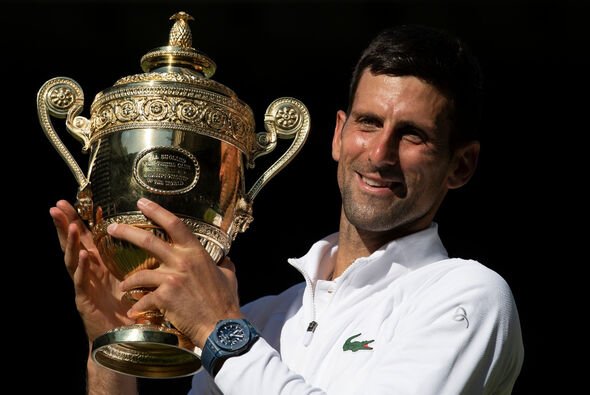 When Mr Djokovic asked young George how he enjoyed his first visit to SW19, the Prince stuck his thumbs up and said “great”.

After being handed one of the most coveted trophies in tennis, his father chuckled: “Don’t drop it!”

George would go on to confess he prefers playing forehand shots.

Mr Djokovic replied: “Forehand, very good, smart”, before shaking all of their hands.

However, George’s attendance on Sunday was somewhat rare. 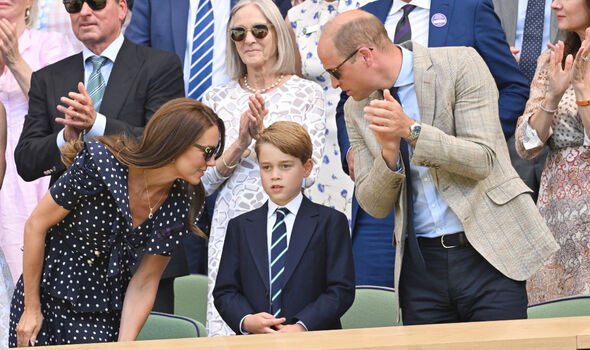 According to Hello!, children are usually not invited to sit in Wimbledon’s royal box.

Instead, only blue-blooded children are able to do so.

The SW19 rule has reportedly caused a few problems in the past.

Back in 1999, when Pete Sampras defeated fellow American Andrea Agassi to win his seventh Wimbledon title, it was reported the Duchess of Kent was upset after she asked the All England Club if she could invite a young guest.

The 12-year-old guest was reportedly the son of the Duchess’ late friend and she invited him to Wimbledon in a goodwill gesture. 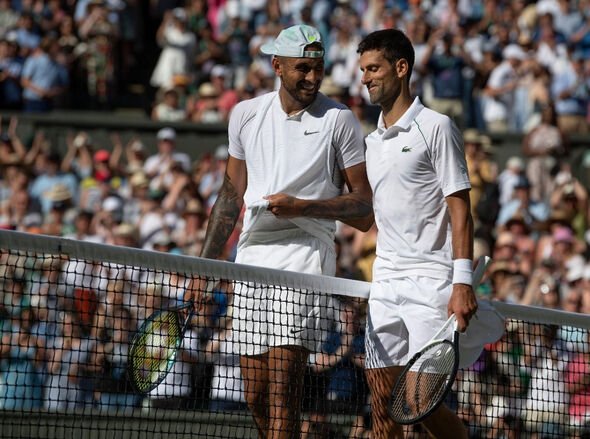 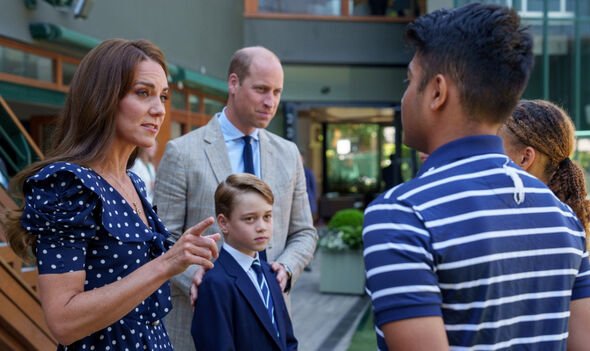 Despite the good intentions, the request was rejected.

SW19 instead opted to uphold its long-standing traditions in the royal box.

A statement released by then-club chairman John Curry at the time apologised to the Duchess but stood firm on Wimbledon’s rules.

It said: “I regret any unintentional hurt this may have caused to her Royal Highness.

“Because of demand for space in the royal box, we also ask that, apart from children of the Royal Family, children are not invited as they exclude other worthy people from attending, many of whom contribute to tennis.”