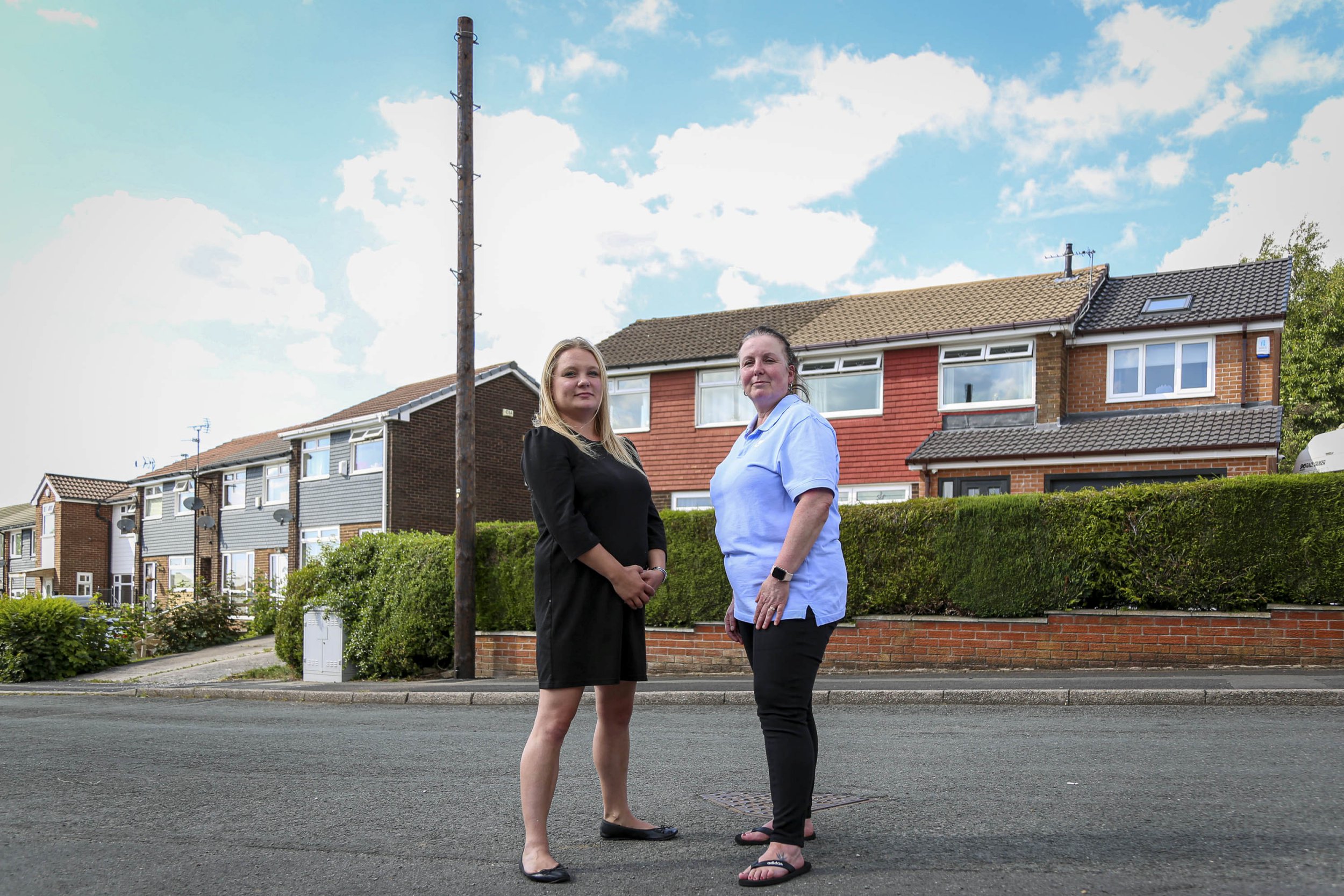 A new telephone pole in Oldham has angered local residents for an unusual reason – its terrible smell.

Two months ago Sophie Johnson, 29, was alerted to a letter attached to a nearby lamppost which stated several large telephone poles would be erected on her street.

She and five other residents complained to Openreach about the lack of consultation and the placement of the poles, but they were put up shortly afterwards regardless.

Sophie said: ‘I was at work on Tuesday, and all of a sudden, they’d put this huge pole up.

‘There had been no planning put forward for it. It’s not just me – it’s all the neighbours. We’re really annoyed at it – we’ve just been ignored, and then we’ve all come home from work and there’s a big pole there.

‘My next-door neighbour and I had a view of hills – and now in literally every window in both our houses all you can see is this pole.’

She is also concerned about the smell of the pole after Openreach ‘put this black stuff all over the pole and it absolutely stinks’.

Sophie expressed a mixture of anger and frustration, adding: ‘Where was the consultation? We’ve all been ignored.’

She said residents have ‘been left in the dark’ about what the poles are needed for.

An Openreach spokesperson assured residents the smell was nothing more than a temporary side-effect of the wood preservative, and was not harmful.

They said: ‘We’re building a new, full fibre network across Oldham to give residents access to gigabit-capable broadband.

‘This ultra-fast, ultra-reliable technology will bring huge benefits to local families and businesses – and boost the local economy.

‘The new network already passes more than 10,000 Oldham homes and businesses, who can now order some of the UK’s fastest, most reliable broadband from their chosen provider, and work continues on the ground.’

They added the correct procedure was followed and it has been legally erected.

The council confirmed the pole did not require planning permission to be put there.

An Oldham Council spokesperson said: ‘This pole is a permitted development, meaning Openreach did not require planning permission or consent from us, as the local authority, to erect this.

‘However, we did notify this publicly via our public access system.

‘While we do appreciate the concerns raised by local residents on this matter, we would advise them to contact Openreach directly.’