Trafalgar Square has been covered in smoke after a huge fire broke out in a nearby pub.

London Fire Brigade said half the basement of The Admiralty pub was alight.

In a statement, the force said: ‘Due to the arduous, challenging and hot conditions inside the basement we’ve increased the number of fire engines and firefighters at the scene.

‘Around 150 people evacuated the pub and surrounding businesses before the brigade arrived.

‘Please avoid the area if possible as there will be heavy traffic disruption.’

Around 125 firefighters are on the scene alongside 20 fire engines.

Photos and video on social media showed huge plumes of smoke billowing from the building.

Station Commander Keith McDermott, who is at the scene, said: ‘The fire is in the basement of a pub in Trafalgar Square. 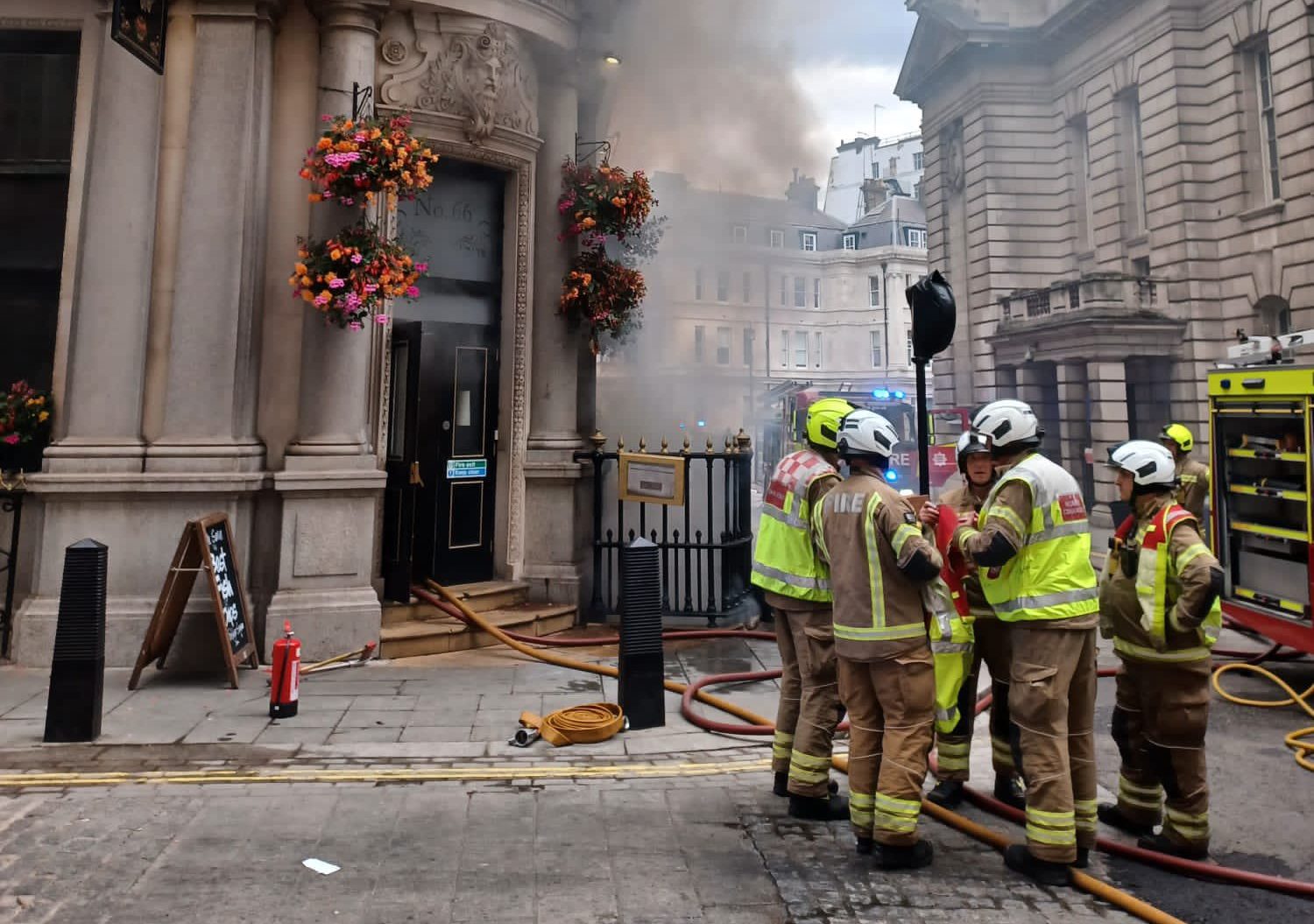 ‘As a result there will be heavy traffic disruption and we ask people to avoid the area if possible.’

No injuries have yet been reported.

Emergency services were called at 5.49pm, and investigations into the cause of the fire are ongoing.

Police have cordoned off parts of Trafalgar Square as emergency services respond to the huge fire.

The Admiralty brands itself as London’s ‘most central pub’ and is popular with tourists and locals alike.