The UK has been struck by a fresh wave of illegal Channel crossings as Border Force teams grapple for cooperation with French authorities. This year alone 22,000 people have reached UK shores in small boats across the English Channel, according to the Ministry of Defence. Speaking of his experience in managing the crisis of migrant crossings, former Border Force Chief Kevin Saunders said: “It’s always been at night.”

As a number of daylight crossings have been recorded by authorities, Mr Saunders added: “That, to me, means that the smugglers are getting more brazen because nobody is stopping them.”

Speaking on GB News, Mr Saunders said: “The intelligence people are targeting some of these criminals and they are having some success, the trouble is there are so many people involved in it.

“The French police stop one boat and a couple of hundred yards down the coast another boat is in the water.

“If you want to stop the smugglers you have got to return them to France straight away. 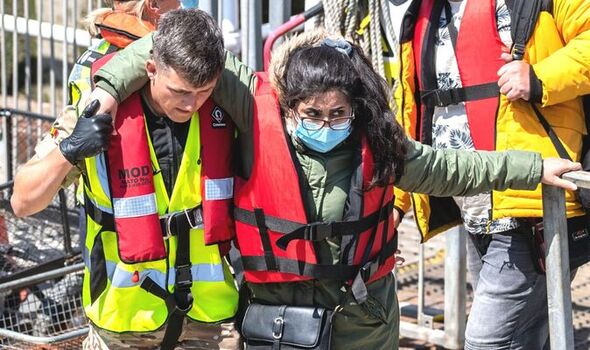 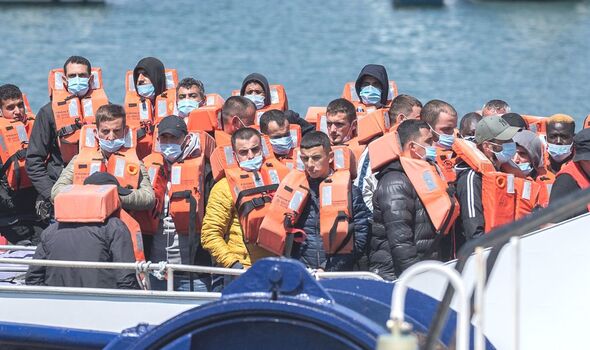 “The only way to do that is to convince the French to deploy the Gendarmerie team onto the Channel to work with Border Force and the Navy to actually stop the boats in the Channel and return them to France.”

The Gendarmerie Force is a branch of the French armed forces which specialises in the management of national security situations.

Mr Saunders suggested the intervention of the Gendarmerie Force is essential in preventing small boats from transporting migrants to the UK from French shores.

He added: “It is difficult, the French don’t want to play ball at the moment, but that would stop it.” 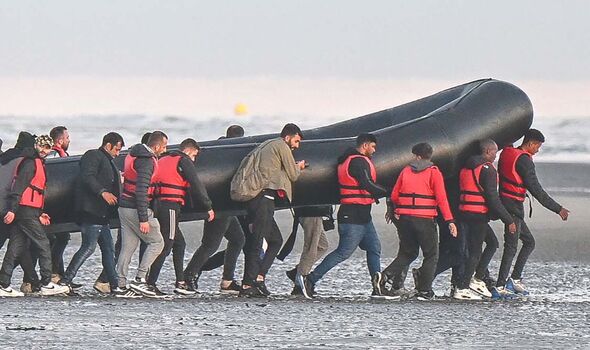 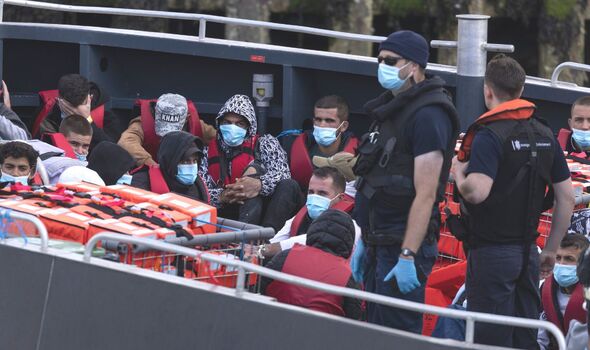 On Wednesday, 606 migrants were detected in 12 small boats involved in illegal Channel crossings.

Migrants commit to dangerous journeys across the British Channel to reach UK shores, where they are then able to apply for asylum.

The Conservative Government has come under increasing pressure to address the migrant crisis after the Home Secretary launched a plan to process asylum seekers offshore by deporting arrivals to Rwanda. 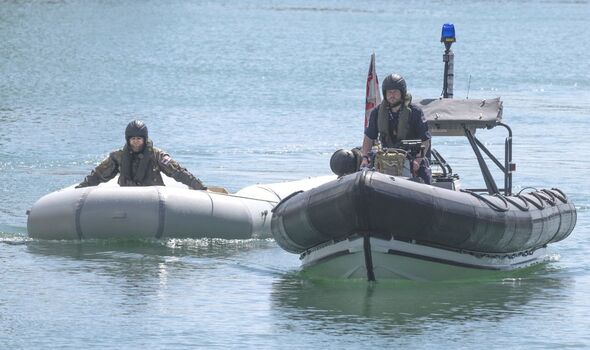 The Tory’s Rwanda strategy planned to deport migrants arriving by “illegal, dangerous or unnecessary” routes to facilities in Rwanda, in order to ease the strain on asylum seeker provisions within the UK.

The Home Office reports that the current asylum system costs the taxpayer an estimated £1.5 billion a year.

However, the Rwanda plan was struck by a series of legal challenges which forced the scheduled maiden flight in June to be grounded while the scheme came under review.

As the Rwanda strategy continues to face legal backlash, hundreds of migrants initially scheduled for deportation have been left in limbo over their hopes to remain in the UK

Read next:
Farage blames Boris ‘fairly and squarely’ over Channel crossing crisis
Priti Patel raises eyebrows as she heads north amid surge in channe
We need to tow illegal migrants back across the Channel to France
The Home Office is a joke, our borders are more leaky than a colander!
Migrant crisis could cost Tories the next election, says PETER RUSHTON