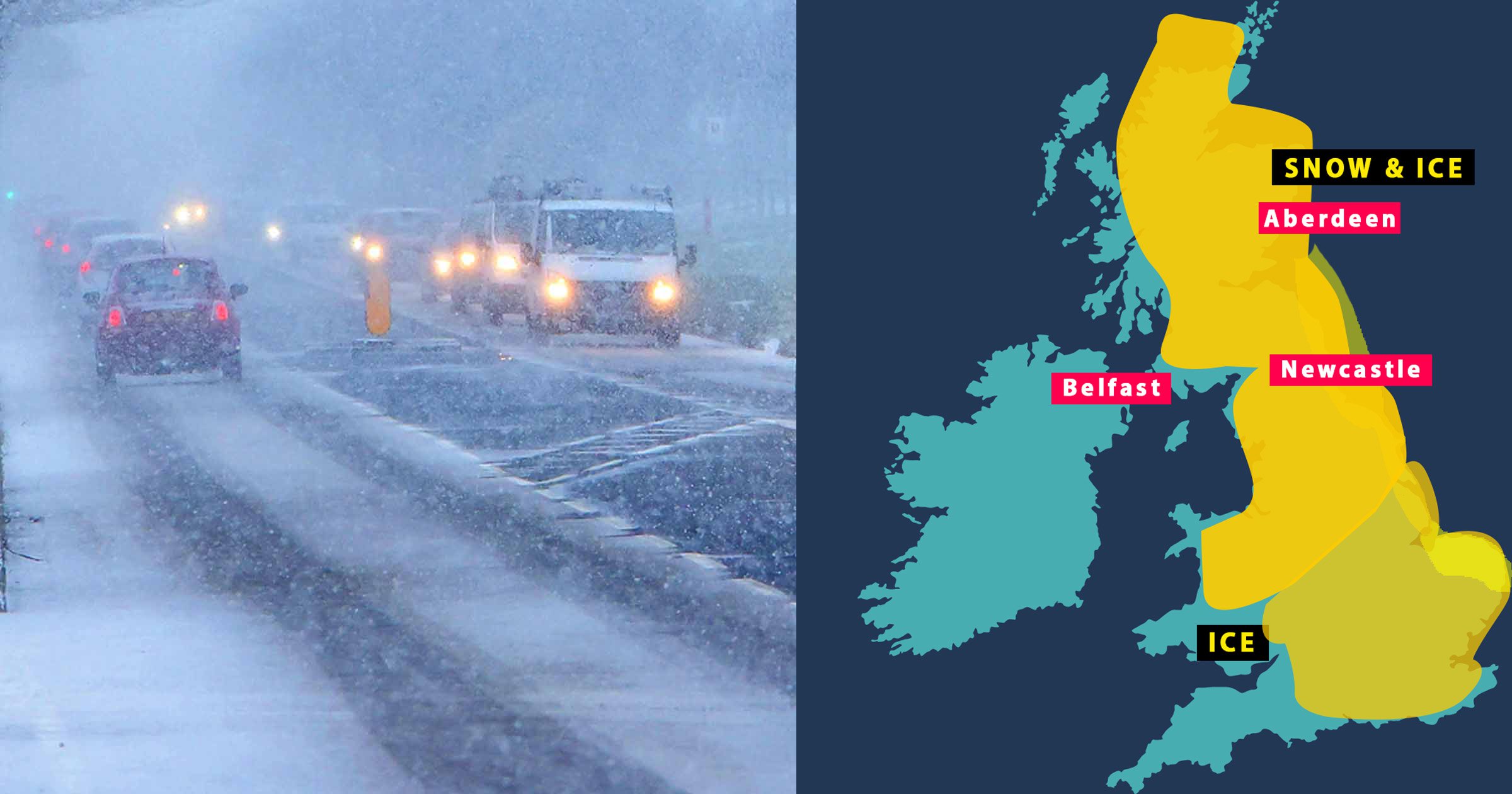 A widespread weather warning has been issued for England, Wales and Scotland.

Bad weather could lead to travel chaos on Sunday as snow sweeps over the nations.

Rain will take its place later in the day, leading to icy conditions.

The Met Office has warned of travel delays and says there is a risk communities could be cut off amid power cuts.

Much of Shetland is still struggling amid power outages.

Met Office Chief Forecaster, Frank Saunders, said: ‘The UK will remain in a northerly airflow until the weekend but then the cold conditions, which have dominated our weather patterns will start to lose ground to a push of mild air from the southwest – but not without problems in the transition period.

‘As the mild air meets the cold air currently in situ over the UK there will be a transient spell of snow, even to low levels, especially in the north.

‘Add to this the risk of rain falling onto frozen surfaces, and strong winds over upland areas of northern Britain (bringing blizzard conditions briefly), and this could be a day to avoid travelling in some areas, although the snow should turn to rain later.’

Travellers are urged to plan ahead and check before they leave, and also to ensure their vehicles are winter ready.

A Level 3 Cold Weather Alert has been issued by the UK Health Security Agency (UKHSA) covering all of England and is currently in place until 12 noon on Sunday.

The Met Office said: ‘The cold air which has been across the UK for much of this month will finally begin to be replaced by milder air from the end of the weekend.

‘Temperatures for some will be above average by Monday, but before we get there we may see some disruption due to snow and ice.’

The cost of living crisis has resulted in thousands of households resorting to new ways to keep warm.

Dr Agostinho Sousa, Consultant in Public Health Medicine at UKHSA, said: ‘Cold weather can have serious consequences for health, and older people and those with heart or lung conditions can be particularly at risk.

‘If you have a pre-existing medical condition, you should heat your home to a temperature that is comfortable for you. In rooms you mostly use such as the living room or bedroom, try to heat them to at least 18°C if you can. Keep your bedroom windows closed at night. Wearing several layers of clothing will keep you warmer than one thicker layer.’