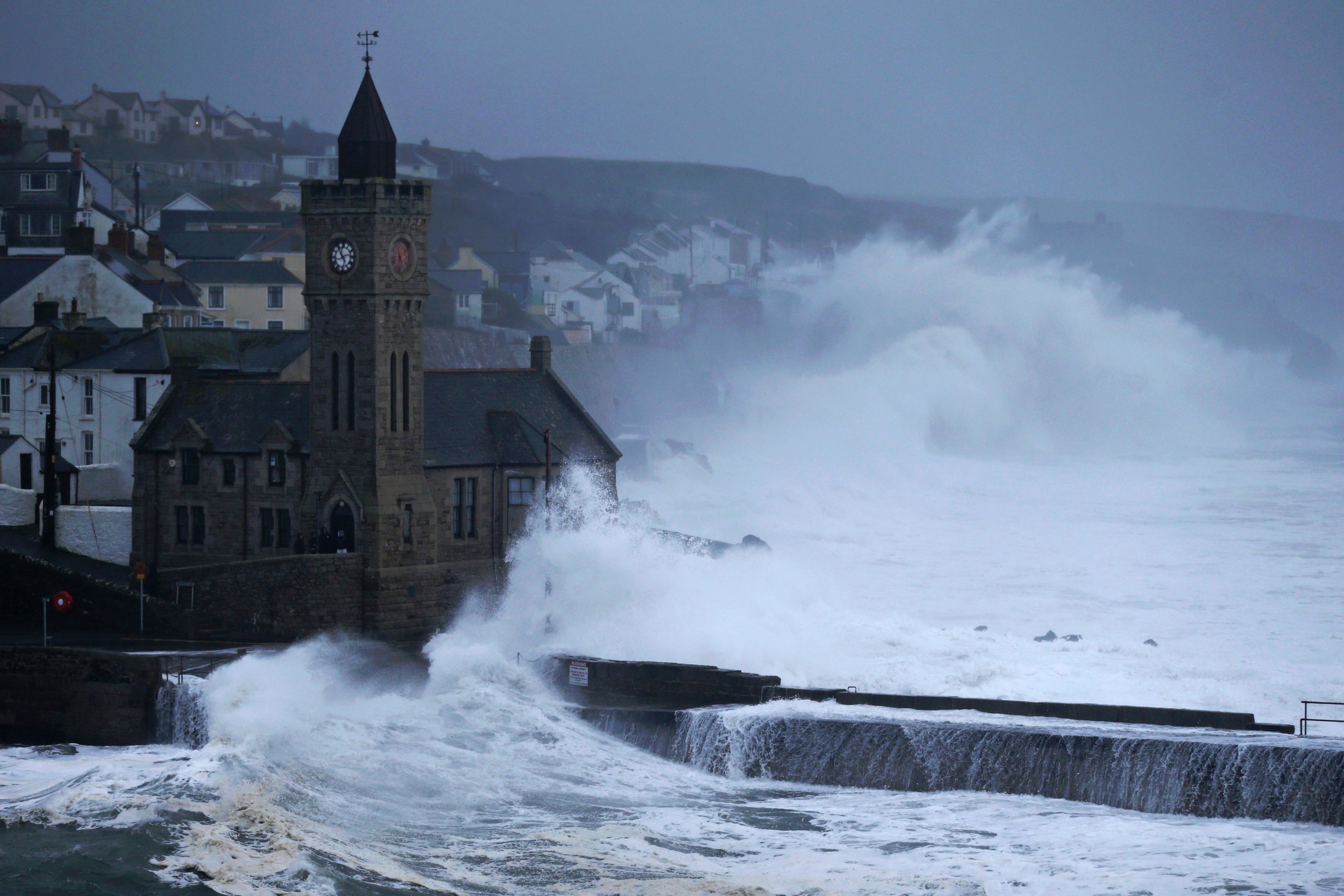 Large parts of England and Wales are facing snow and ice warnings after temperatures dropped well below freezing overnight.

Hundreds of flood warnings also remain in place alongside the chilly temperatures as waters rose in several places across England.

The mercury dropped as low as minus 6C overnight in England and below minus 10C in parts of Scotland.

A yellow warning for ice stretching from western Welsh coasts across to London and East Anglia came into force on 8pm on Saturday, and lasts until 11am today.

And a yellow warning for snow covering swathes of central and southern Wales is in place until 6pm.

The Environment Agency has issued 82 flood warnings across England, alongside 199 less serious flood alerts, after water levels rose across the country throughout the day.

Police in Hertfordshire reported ‘extensive flooding’ affecting a number of properties in Long Marston on Saturday afternoon, after heavy rain fell throughout the day.

Pictures from Gloucestershire showed a children’s playground partially submerged in Tewkesbury and vehicles driving through rising floodwaters in Lower Apperley.

There were similar scenes in Henley-on-Thames in Oxfordshire, where water was seen rising on to the towpath, surrounding benches and approaching riverside homes.

The wintry weather will continue next week. After some more settled conditions, Met Office forecaster Simon Partridge said: ‘It gets a bit more interesting as we go into Tuesday and the middle of the week.’

He predicted a ‘much heavier’ band of rain to arrive overnight on Monday into Tuesday which will ‘quickly turn to snow as it bumps up against cold air’, and has triggered further yellow weather warnings for snow and ice on Tuesday and Wednesday.

Northern England and parts of Wales could see snow ‘pretty much anywhere’, with 1cm to 5cm likely at lower levels and 5cm to 10cm possible in the hills.

The highest areas could get ‘up to 20cm or so though the course of the day’, and Mr Partridge predicted that Trans-Pennine routes in particular could have some issues on Tuesday.