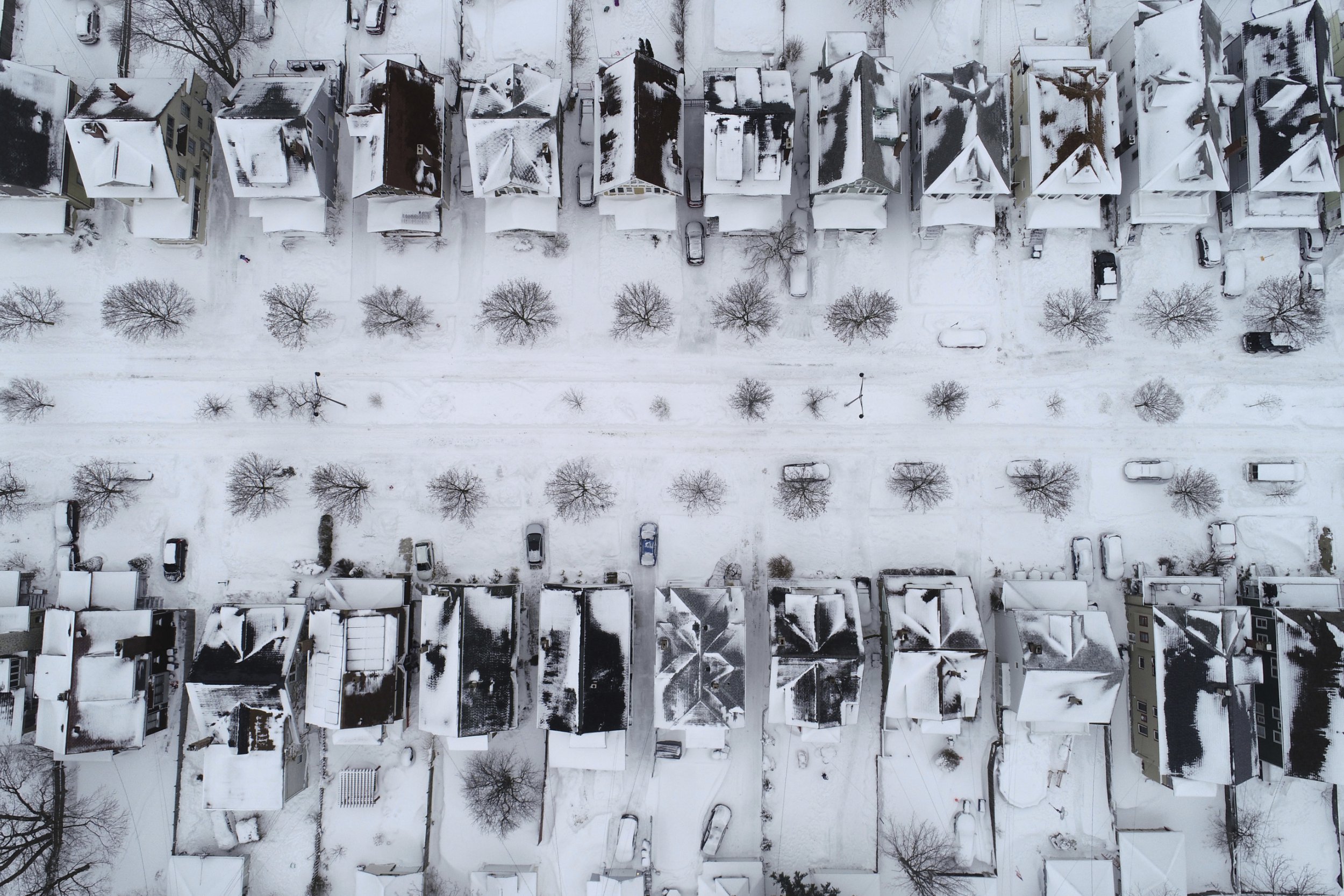 The ‘once-in-a-generation’ winter storm that has frozen the city of Buffalo has begun to melt, and local officials are scrambling to clear the streets before flooding threatens the devastated region.

The Buffalo area saw about 52 inches of snow over the last four days, according to the National Weather Service (NWS).

Combined with another massive snowstorm that hit the region weeks earlier, Buffalo saw a total of 92.7 inches of snow in the last three months. The region typically sees an average of 95 inches of snow every winter.

At least 31 people have died in New York’s second largest city after the storm snowed residents in for days.

A total of 17 of those dead were found outside stranded in the blizzard. Another three people were found dead in their cars, Erie County Executive Mark Poloncarz said.

Additionally, another seven people died in their homes after they lost heat.

The rest of the fatalities occurred due to medical emergencies. One person died when an ambulance was delayed in the blizzard, while three more had heart attacks while shoveling snow.

Buffalo’s emergency services were stretched thin during the storm. On Saturday night, almost every fire truck in the city had been stranded in the snowfall.

On Tuesday, the New York State Police and National Guard Military Police began enforcing a ban on driving within the city of Buffalo, which officials said residents were not following.

‘Please stay off the roads to allow crews to plow streets and remove abandoned vehicles,’ Buffalo Mayor Byron Brown said on Tuesday. ‘We are plowing and hauling snow in all sections of the City.’

Poloncarz put it more frankly: ‘Please stay out of the city of Buffalo.’

Meanwhile, crews are working quickly to transport snow in dump trucks out of the city’s streets. Poloncarz estimated that it would take about two days for the crews to ensure at least one lane is open on each street.

‘I am heartbroken by the loss of life from this storm,’ the governor said on Twitter. ‘Like all New Yorkers, Bill and I are keeping those we’ve lost — and all their loved ones — in our hearts and in our prayers.’

Hochul continued: ‘The weather events of the past week were some of the worst we’ve ever seen, but together, we showed that New York always stands strong in the face of adversity.’

Many longtime residents have compared this storm to the Blizzard of 1977, a legendary storm that dropped over 100 inches of snow on western New York and killed 29 people across the region.

Weather in the region is expected to gradually get warmer as the week goes on, the NWS said. On Tuesday night, the agency finally lifted the winter weather advisory on the region.

‘It is the first time since 2.22pm on December 20 that we have had NO winter weather headlines in effect for our area,’ The NWS in Buffalo said. ‘That’s one week, 6 hours, 38 minutes.’

The above normal temperatures threaten the region with floods, but the NWS currently predicts this will be of the ‘minor or nuisance variety.’

However, Erie County Commissioner Dan Neaverth Jr told the Washington Post that he was ‘a little bit concerned’ that crews could finish clearing out storm drains and ahead of the impending warm weather.

Additionally, rising temperatures will prevent Lake Erie from freezing over, which could lead to more devastating ‘lake-effect’ storms in the region.

‘We are probably going to be at risk for having serious lake-effect snow as long as the lake is not frozen, and it’s probably not going to be frozen for some time,’ Poloncarz warned on Tuesday.