The UK is facing more extreme weather today as flooding continues across the country.

Powerful winds, heavy snow and lightning are expected to hit some areas and weather warnings are in place for millions.

The weather system could be upgraded to a named storm – Storm Gladys – which would make it the fourth in less than a fortnight.

The Met Office has issued a yellow warning for wind across north-east England, Cumbria, North Yorkshire and parts of Scotland from 6am to 3pm on Wednesday.

A second yellow warning for wind and snow covers much of Scotland and Northern Ireland from 1pm on Wednesday until 3pm on Thursday – with up to 10cm of snow likely at even low levels and the possibility of 70mph gusts on coasts.

Forecasters said frequent heavy snow showers are expected, along with very gusty winds and a small chance of frequent lightning affecting some places. 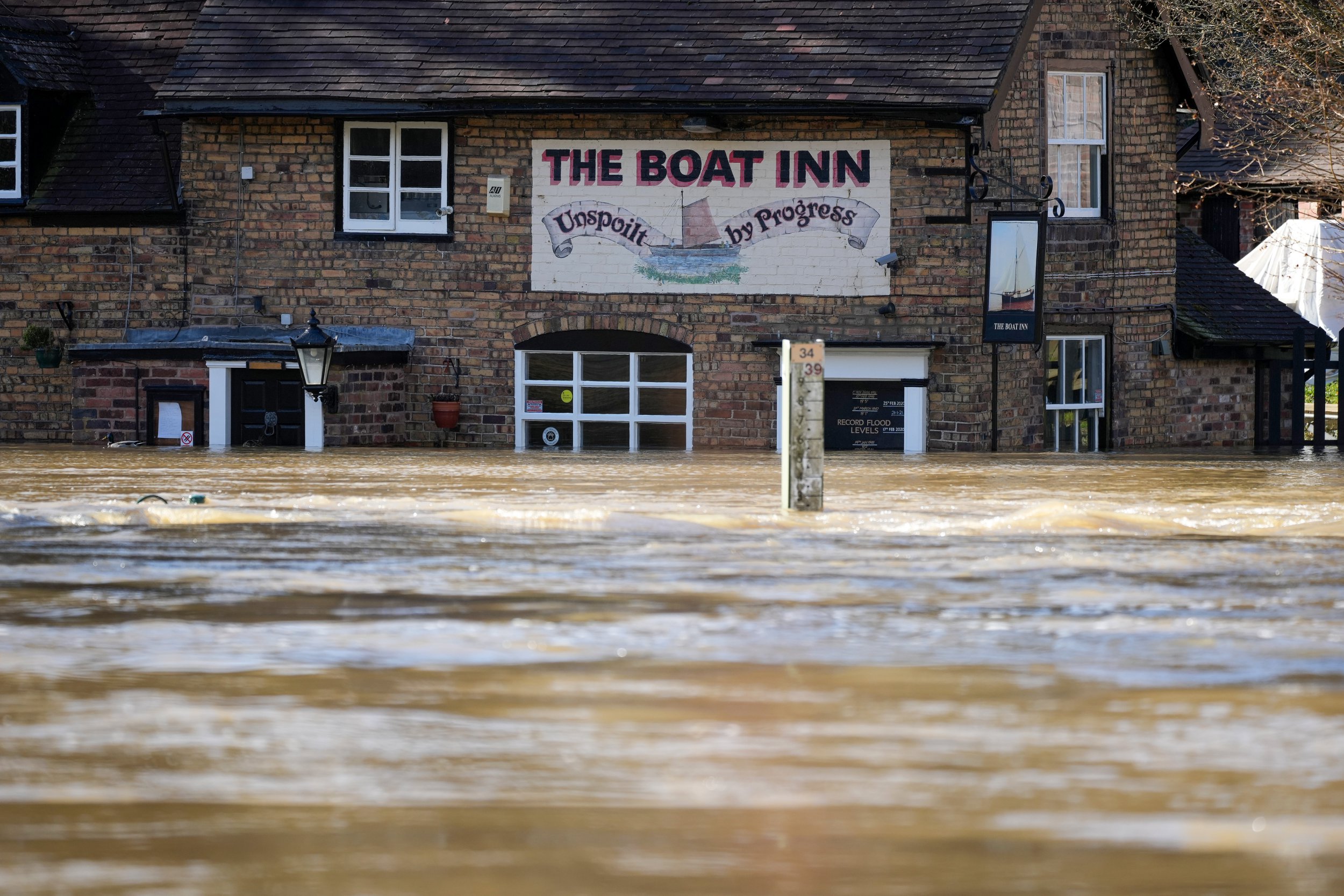 With York city centre still under water, dozens of warnings are in place for communities along rivers threatening to burst their banks.

The Environment Agency (EA) is urging places in parts of the West Midlands and Yorkshire to get ready for significant flooding.

Two severe warnings – meaning there is a threat to life – are in place on the Severn, where efforts to evacuate homes and hastily erect flood defences have been ongoing for days.

As of 6.15am on Wednesday morning, there were 67 flood warnings and 72 flood alerts.

Katherina Smith, a flood expert from the EA, warned people to brace for more flooding in the coming days and urged people to stay away from swollen rivers.

She said: ‘Heavy rain, affecting already wet areas, is likely to cause significant river flooding along the River Severn over the next few days.

‘So far we have received reports of around 400 properties having flooded over the past few days.

‘Our thoughts go out to all those affected – flooding can and does have a devastating impact on people’s lives.’

Environment secretary George Eustice said 40,000 homes had been protected by flood defences, calling them ‘remarkably successful’ but adding ‘it obviously is a tragedy for those who do get flooded’.

Storms Dudley, Eunice and Franklin left 1.4 million households without electricity, some for up to 72 hours, during a turbulent week of weather.

Thousands still don’t have electricity and clean up efforts are ongoing, with the bill expected to be in the magnitude of hundreds of millions.