The SNP has attempted to mask its inner divisions in the hope it can achieve a second independence referendum – Ms Sturgeon still faces opposition from supporters of her predecessor, Alex Salmond. A prominent critic of the SNP leader – Jim Sillars – warned the party is in a battle between two “cults of personality” which could weaken its stronghold on Scottish politics. Mr Sillars said that the party was paying a “high price” for allowing Mr Salmond and then Nicola Sturgeon to dominate the top of the party with little external input except from a small “fan club” of advisers.

He added: “There are two cults of personality which have been allowed to develop. The two cults were bound to have a clash.”

He also raised fears in 2019 that “there’s a massive job to be done” to prevent the civil war derailing the party’s attempts to retain power in the 2021 Holyrood election or its independence campaign.

The pursuit of Scottish independence is a common goal within the SNP, but the issue has still caused disputes.

This was evident when campaigners warned the SNP blueprint could result in austerity. 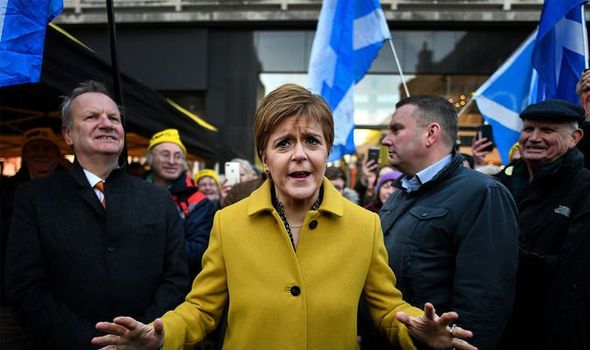 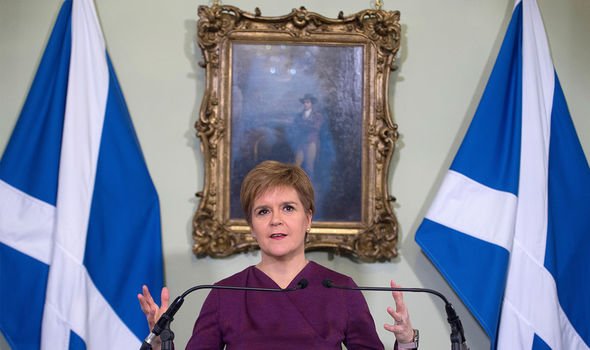 They called for a report — which party chiefs had hoped would boost support for a split — to be left to “gather dust” after it was finally published in May 2018.

High-profile pro-independence commentator Iain Macwhirter claimed the plan “made Ms Sturgeon sound as if she is an advocate of austerity”.

He added: “If we take this seriously, Scotland will be a world leader in belt-tightening.

“Perhaps it should be best placed on the shelf marked ‘interesting contributions to the debate’ and be allowed to gather dust.” 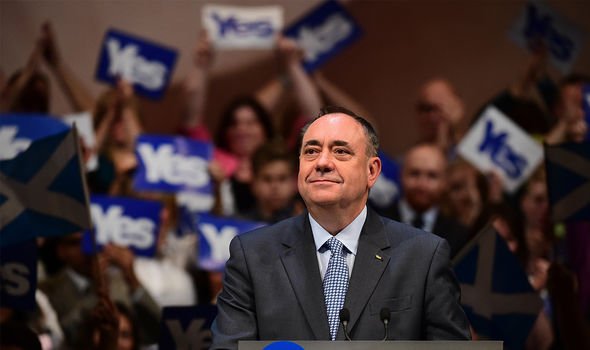 He said: “This is literally importing George Osborne’s economics into Scotland.”

And Jonathon Shafi, co-founder of the Radical Independence Campaign, also hit out at the report by the SNP’s Growth Commission.

He said: “In 2014 the independence movement was galvanised around opposition to Westminster austerity. That too was the theme of the successful SNP general election campaign.

“The Growth Commission, despite claims to the opposite, would open the door to various forms of austerity politics.”

The Scottish Sun reported on the “civil war” raging in the SNP.

Mr Sillars also hit out at the party’s policy of rejoining the EU once independent. 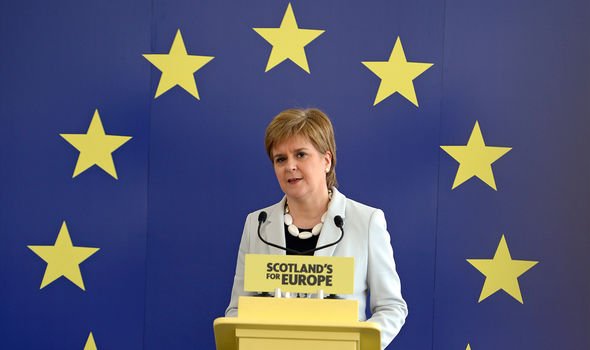 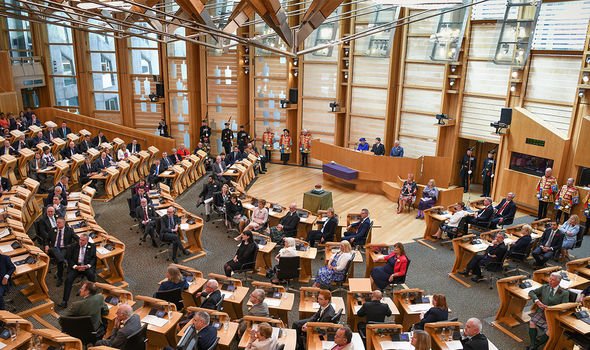 The veteran nationalist and independence campaigner said he believed there could be SNP members who disagreed with the party leadership on Europe but would not speak out for fear of being branded “disloyal”.

Mr Sillars said he had been “really astonished” by the number of SNP members he had spoken to who said that they did not want to remain in the EU.

He said: “There is a tendency if anyone within the party criticises the leadership to be then described as being disloyal. I think that’s a very unhealthy situation inside any democratic political party.

“There may be a situation in which a number of people would like to come out openly and say ‘I don’t agree with the party leadership on the EU’, but prefer not to say so in public. I’m not in that category.

“I’ve said this to SNP members: what I cannot get my head round with the continuing SNP love affair with the EU is for us to go and bat for the EU, an organisation which, during the referendum, told us to get stuffed and would no doubt tell us to get stuffed second time round as well.

“They made sure that the message came through on behalf of Better Together and the Tory government that we would not be allowed automatic entry as a member state.”