On Monday, Mr Salmond was acquitted of all 14 assault charges, including one of attempted rape and another of intent to rape, by majority verdicts, following an 11-day trial at the high court in Edinburgh. Sources close to him told the Daily Mail that Mr Salmond now wants to lead a “re-energised drive” to break away from the rest of the UK, as he thinks Scottish independence is “going nowhere” under Scotland’s First Minister Nicola Sturgeon. Mr Salmond is believed to be planning to run for the party’s leadership on a “dream ticket” with SNP MP Joanna Cherry, a barrister who led a legal bid to use the Scottish courts to block Brexit last year.

Until two weeks ago, Ms Sturgeon was determined to hold a second referendum on independence in 2020, despite Prime Minister Boris Johnson repeatedly rejecting her calls.

However, because of the coronavirus pandemic gripping the world, the Scottish Government said it would “simply not be wise” to have a campaign at this time.

As uncertainty over the future of the union continues, unearthed reports reveal how Mr Salmond risked controversy in 2014 by suggesting that Queen Elizabeth II would have been “proud” to reign over an independent Scotland.

According to a 2014 report by the Daily Telegraph, speaking to “Yes” supporters on Edinburgh’s Royal Mile ahead of the referendum, Mr Salmond said he wanted the Queen to remain head of state in a separate Scotland “as her ancestors were”. 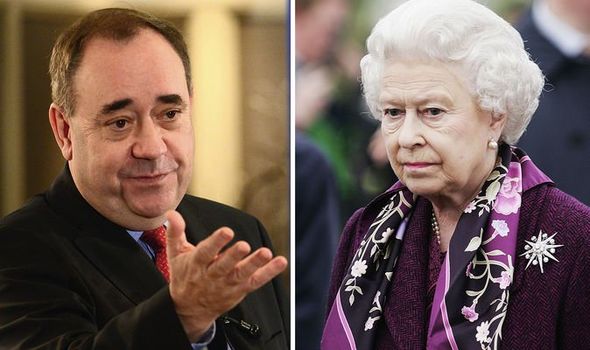 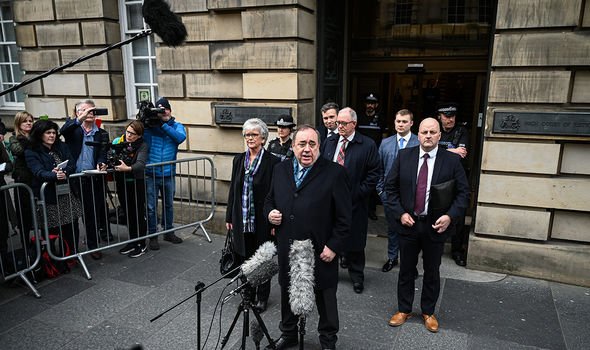 Rejecting reports she was worried about the break-up of Britain, he said: “I think Her Majesty the Queen, who has seen so many events in the course of her long reign, will be proud to be Queen of Scots as indeed we indeed have been proud to have her as the monarch.”

Mr Salmond, who had regular private meetings with the Queen, was pressed whether she had expressed her views about separation.

He said he met her at Balmoral but it was right that she stayed out of the debate.

He added: “The proper position is that the Queen will not discuss these issues in public.

“But I have detected enthusiasm of the people of Scotland to have Her Majesty the Queen as our Queen of Scots.”

JUST IN: How Cummings’ REAL coronavirus strategy could be ‘most effective’ 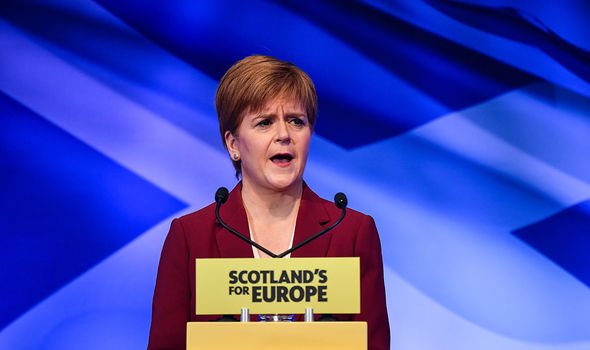 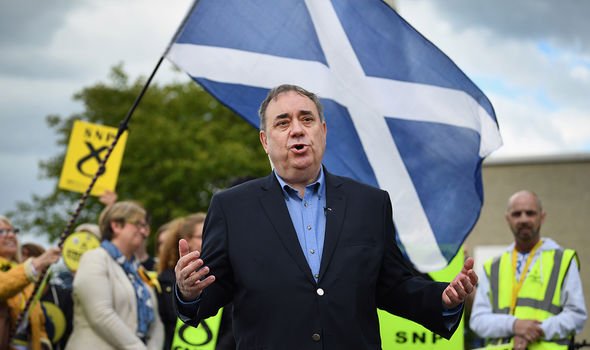 Conservative and Labour MPs criticised Mr Salmond for dragging the views of the monarch into the independence debate.

Charles Walker, a Conservative MP, said: “Alex Salmond should not be bringing the Queen into this referendum campaign.

“His comments, however well-meaning, are totally ill-judged.

“I am sure on reflection he will regret having made them.”

Former Chancellor of the Exchequer Alistair Darling added: “The Queen has stayed out of party politics throughout her entire reign and that is one of the many reasons she commands such great respect in Scotland and the rest of the UK.”

Buckingham Palace said in a statement that the Queen was above politics and “those in political office have a duty to ensure that this remains the case”.

A spokesman said: “The Sovereign’s constitutional impartiality is an established principle of our democracy and one which the Queen has demonstrated throughout her reign.

“As such the Monarch is above politics and those in political office have a duty to ensure that this remains the case. 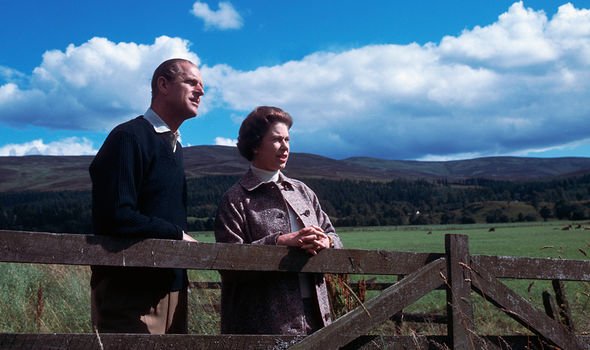 “Any suggestion that the Queen should wish to influence the outcome of the current referendum campaign is categorically wrong. This is a matter for the people of Scotland.”

Despite Mr Salmond’s claims, the majority of nationalists are republicans, and if Scotland does become independent, they might not want to keep Queen Elizabeth II as Scotland’s sovereign.

SNP MP for Glasgow North Patrick Grady did not rule out holding a referendum on the matter.

At a talk at King’s College London in January, he told Express.co.uk: “The proposition in 2014 was that Scotland would retain the Queen as head of state.

“In the same way she is Queen of Canada and Australia.

“There is a symbolic Commonwealth model of monarchy but no executive authority as it is just a ceremonial role.

“Of course the United Kingdom exercises sovereignty power through the Crown.

“The Queen comes to Parliament for the State Opening because she graciously summons Parliament.

“But I think the model Scotland would adopt if it were independent would be different from that.

“Even if we retain a monarch as a symbol of unity.”

Mr Grady added: “Of course it would be for the people of Scotland to decide this eventually.

“They should decide whether Scotland should be a republic or a constitutional monarchy.

“But it is a question people should answer after gaining independence.”

If the Scots decided to become a republic in the future, it would mean a huge loss for the Queen, as her links with the country are not only constitutional but also personal.

Balmoral Castle in Aberdeenshire is one the Royal Family’s most famous residences, bought for Queen Victoria by Prince Albert.

The Queen spends a week every year at Holyrood Palace in Edinburgh, the official residence of the British monarch in Scotland.

Prince Charles went to boarding school in Scotland and is often seen sporting a kilt.

The Royal Family also has Scottish titles – Prince Charles carries the title Duke of Rothesay, while the Duke and Duchess of Cambridge are referred to as the Earl and Countess of Strathearn.