Before the 2014 Scottish Independence referendum, then-SNP leader Alex Salmond insisted that if the pro-independence campaign lost, they would not seek a second referendum for a generation. Yet, the SNP are seeking to overturn the Brexit referendum to allow Scotland to stay in the EU, despite the Leave vote winning overall in the UK in 2016. Earlier this year, in the indicative votes in Parliament, the SNP voted for a second referendum and for revoking Article 50.

This is entirely against the spirit of accepting the referendum result that was shown in 2014.

Mr Salmond said on the Andrew Marr Show in 2014: “In my view, this is a once in a generation, perhaps even once in a lifetime opportunity for Scotland.”

He added: “If you remember that the previous constitutional referendum in Scotland [on devolution’, there was one in 1979 and then the next one was in 1997. 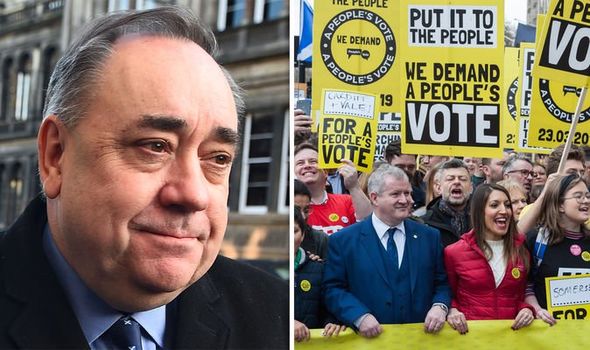 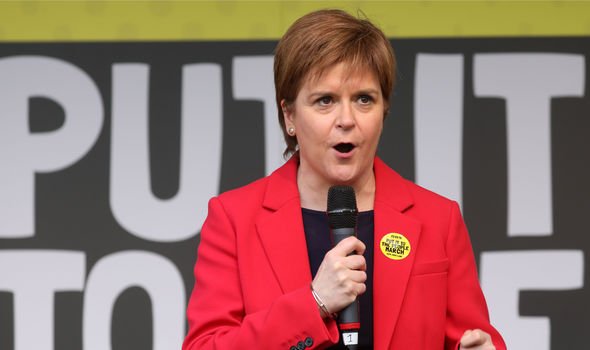 Meanwhile, Nicola Sturgeon suggested a referendum could be held within 15 years.

Now, the SNP insist that the people of Scotland, who voted to Remain in the EU, should not be forced to leave against their will.

Ms Sturgeon said the SNP will fight to keep Scotland in the EU – whether that is part of the UK or outside the UK after a second Scottish Independence Referendum.

Former Chancellor of the Exchequer Alistair Darling, who was chairman of the Better Together Campaign and a vocal advocate for Remain, said at the time he also thought one referendum should settle the matter. 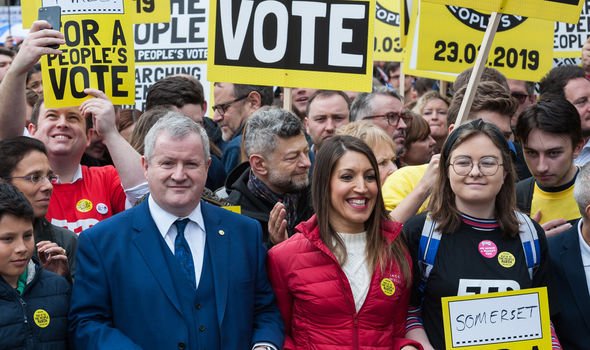 He told Mr Marr: “The one point that I do actually agree with Alex Salmons is that I think with Thursday we’ve got to decide this for a generation.

“I don’t know anybody who actuallt wants to go through another two-and-a-half year referendum.”

Since the Brexit referendum, Mr Darling has said the country must accept the result.

He said last year: “I have been through two referendums recently, the one of Scotland, and to a lesser extent the one on Brexit. 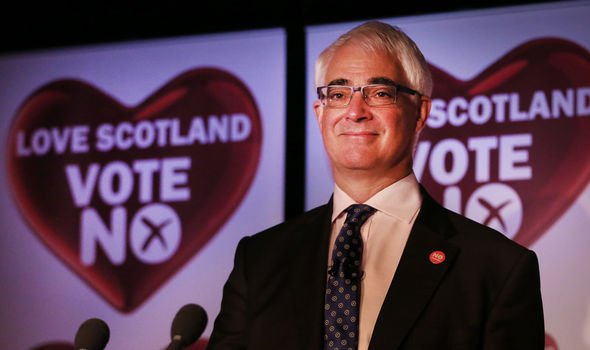 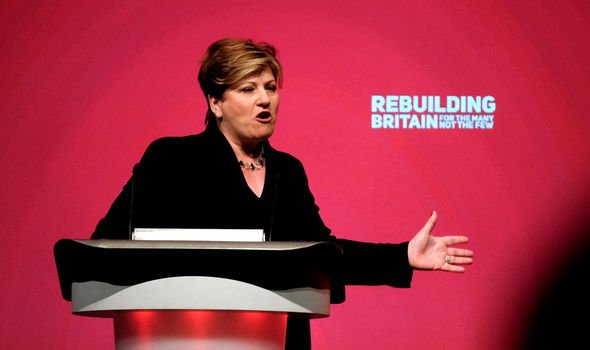 “I am quite clear, you ask the people what they think and they give you a verdict, you have to live with it.”

However, not all his Labour colleagues have been so accepting – as with the SNP, senior members of the Labour Party have now backed a second referendum.

Shadow Home Secretary Emily Thornberry addressed Labour members at a rally in Brighton at the weekend, calling for a second vote.

She said: “We’re not going to let it happen that we crash out of Europe without a deal.

“We must make sure that there is a second referendum and Remain is on the ballot paper and Labour campaigns for Remain – and not just that, Labour should lead the campaign.”

Earlier this month, Prime Minister Boris Johnson prorogued Parliament in what some have claimed was an attempt to force through a no deal Brexit.

Mr Johnson has insisted he is proroguing Parliament in order to launch his new Queen’s Speech which would include bold new policies for the country.

The Supreme Court is currently judging whether Mr Johnson’s prorogation of Parliament was unlawful, after Gina Miller’s legal team appealed the decision. 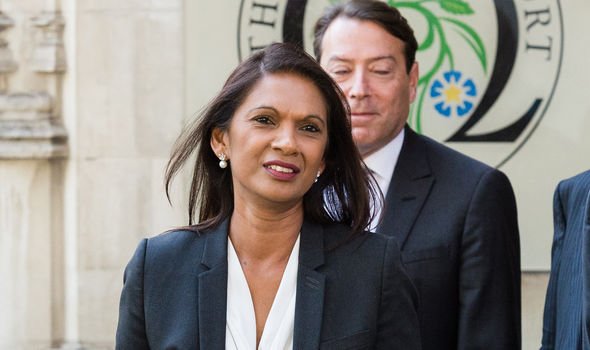 They are expected to give their answers early this week and legal experts have suggested they will rule against Mr Johnson, according to The Guardian.

If they are correct, the Prime Minister will have no choice but to recall MPs to Westminster.

This case was taken to the Supreme Court, after a Scottish court found the Mr Johnson had acted unlawfully.