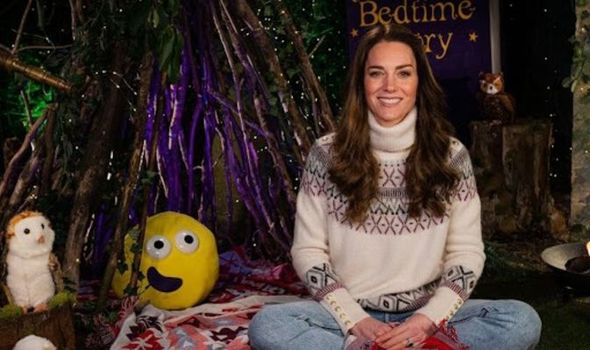 However, the announcement comes after the Royal Family reportedly threatened to boycott the BBC over its William and Harry documentary ‘The Princes and the Press’.

Following the release of the BBC Two documentary, the Duchess of Cambridge, 40, even cancelled a BBC screening of her Christmas carol concert.

Kensington Palace instead opted to air the festive show on ITV.

But Omid Scobie, 41, who co-authored ‘Finding Freedom: Harry and Meghan and the Making of a Modern Royal Family’, took the opportunity to take a dig at Kate Middleton’s CBeebies announcement.

Writing on Twitter, Mr Scobie said: “So much for that BBC ‘boycott’ the papers whipped up a frenzy about!”

The Duchess of Cambridge will join a coveted list of celebrities who have hosted CBeebies ‘Bedtime Stories’.

The Royal Family had issued a joint statement from Buckingham Palace, Clarence House and Kensington Palace following the release of ‘The Press and The Princes’.

It said: “A free, responsible and open press is of vital importance to a healthy democracy.

“However, too often overblown and unfounded claims from unnamed sources are presented as facts and it is disappointing when anyone, including the BBC, gives them credibility.”