Photographed wearing a beautiful floral dress as she met with the Archbishop of Canterbury Justin Welby at Windsor Castle, Her Majesty sent royal watchers into a guessing game as many took to social media to say something about her looked different. What it was? The hair, observers concluded.

One wrote: “She changed her hair, so sweet.”

Another noted: “So happy to see Her Majesty looking so well and healthy. Beautiful outfit and I love her new haircut.”

During the audience with the Archbishop, the Queen was presented with a special Canterbury Cross for her “unstinting service” to the Church of England, of which she is Supreme Governor, over her 70-year-long reign. 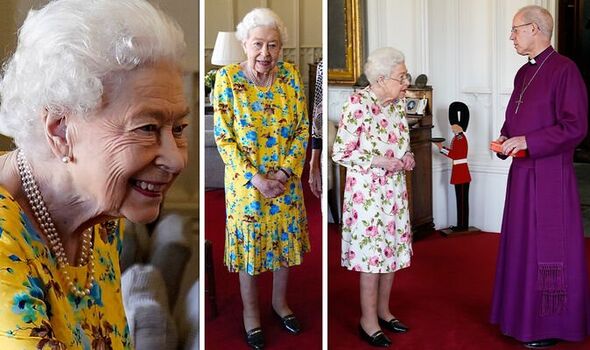 The small silver cross, which was inspired by a ninth-century Saxon brooch and included a triquetra pattern, was given as a “heartfelt symbol” of the church’s “love, loyalty and affection”.

Mr Welby dubbed the Queen’s life as “an example of a Christian life well led.”

The monarch appeared standing and without her walking stick. 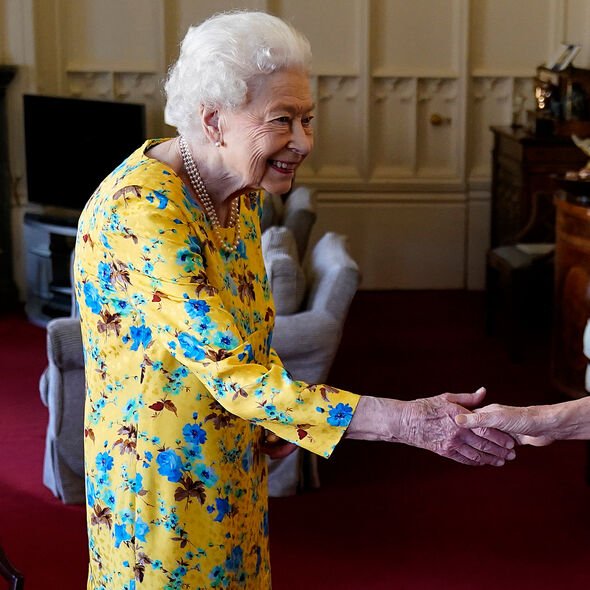 Although she had a busy start to the month, as the nation celebrated her Jubilee during a four-day programme of festivities, it was the first time in just over two weeks that fans got a glimpse of her.

Her public outings have been limited since October, when the 96-year-old spent a night in hospital.

Later, she had to cancel her attendance at a series of engagements, including the COP26 climate change summit in Glasgow as well as at the Festival of Remembrance and the Remembrance Sunday Cenotaph service after spraining her back. 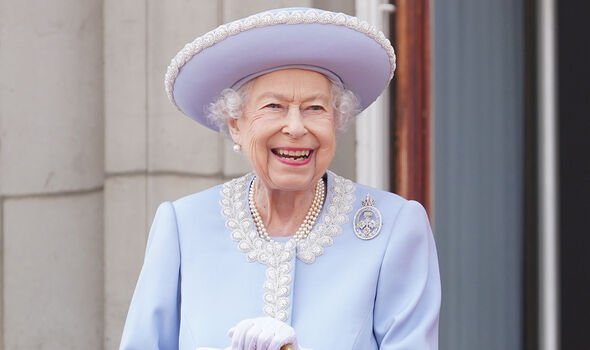 Then, a positive Covid test that left her feeling “frail” and sparked concern among the British public was followed by episodic mobility issues that forced her to miss out on several Platinum Jubilee events.

She also pulled out of the entire Royal Ascot last week.

It was the first time in all her years on the throne to skip the racecourse, which is famously one of the favourite occasions in her diary.

Yet, wearing her glasses and visibly pleased to be receiving the Archbishop of Canterbury, one fan described the Queen as looking “so happy and so beautiful”, while another said it was “lovely to see Her Majesty looking so well and receiving guests”.