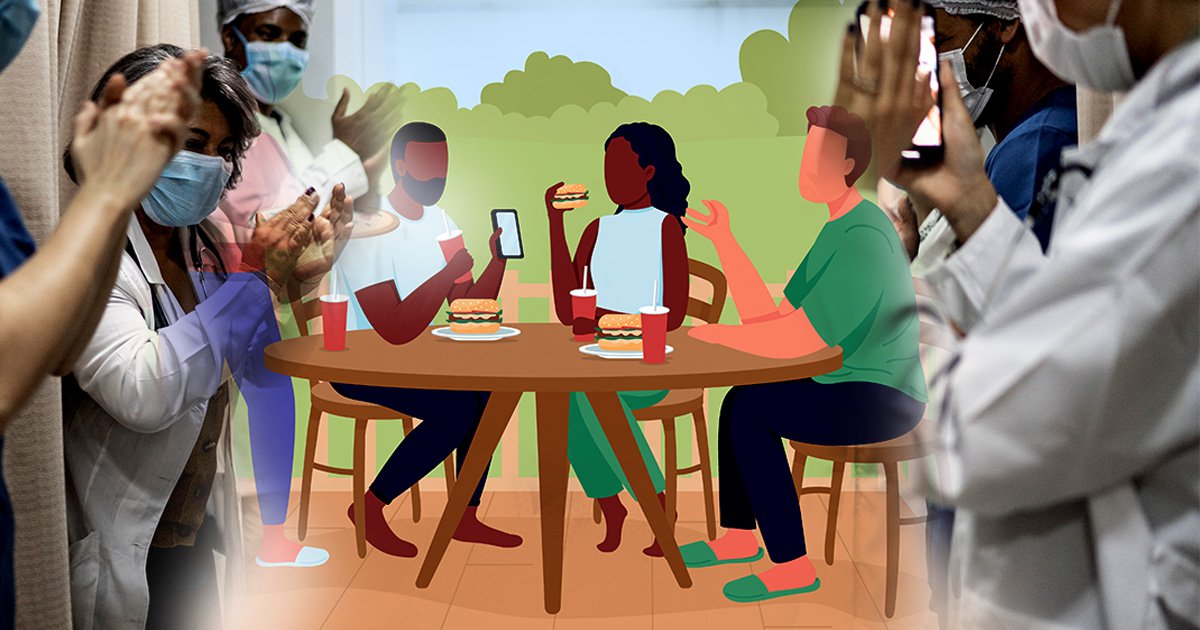 Millions of people are facing chronic loneliness for the first time, ‘alarming’ new data has revealed.

Various factors, including the cost of living crisis, means many have been forced to now treat socialising as a ‘luxury’ expense.

Simple outings such as going to the cinema, the pub or the shops are no longer taken for granted.

New research, conducted by the Eden Project, found that one million people now report suffering from chronic loneliness – 1 in 8 people – despite the end of social distancing measures.

More and more people are now ‘tightening their belts’ and ‘reducing their social interactions’ to save money.

As winter takes hold and the living cost crisis continues to rock the nation, there is concern that the number of people experiencing loneliness will continue to rise.

Tracey Robbins, the Eden Project’s UK Delivery Manager, told Metro.co.uk that a ‘hunkering down’ mentality forged during Covid had lapsed.

‘When a community goes through a crisis together, be that fire or floods, then people come together.

‘But as that crisis dissipates, so does that level of humanity.

‘I was hoping that because of the pandemic and people coming together in their communities that that had raised the bar a little bit, but really it’s caused even greater loneliness.

‘We thought Covid would help us be more community minded but we’re not.

‘People were told for two years to stay at home, to stay safe and keep a distance. Even when you walk round today, you can still see people are still wary of each other.

‘People have lost their self-esteem and social skills after being apart for such a long time’.

Constant news of the war in Ukraine, the recession gripping the nation and international news also takes its toll on people and their confidence with going out into the world.

Experts are keen to dispel the stereotype that loneliness only affects older people, as their research shows that the disruption to schooling during the covid pandemic took its toll on the new generation.

The number of older people over 65 reporting loneliness has in fact fallen 6%, while 19% more young people say they are suffering with a lack of social connections.

These young people – who face an uncertain financial future – are seeing socialising in an entirely new light than previous generations.

Tracey said: ‘I just really worry that people see connecting with others as a luxury.

‘You can text someone or pick up the phone, it’s cheaper than going out or using fuel or paying for a bus.

‘But people begin to feel lonely without real human connection, and that’s when you can see people cut themselves off from the ‘real world’ as it feels safer to be at home. This is when people go into self preservation mode.

‘But we’re not meant to be isolated as human beings. You could live your life in your house these days, but it would lead to quite chronic mental health conditions.

‘I think we should be worried about these new figures, it’s an alarming rise.’

People have been urged to reach out, in person if possible, to friends and family members who may be at risk of falling victim to chronic loneliness.

And it’s not just over winter, Tracey added that these symptoms can occur at any point of the year.

She added: ‘Things are going to get worse [if change doesn’t happen].

‘People will get isolated and they’ll start losing empathy with others. That’s when communities start to fail.

‘We need to come up with ideas now and invest in communities to make sure people are resilient enough to face these challenges together’.

According to the Eden Project’s new research – people who have a disability experience severe loneliness remains consistently higher than the UK average.

It comes as recent data from ONS highlights that people living with a disability are more likely to cut back on food and essentials compared to non-disabled people as a result of the rising cost of living.

This correlation of data suggests that the cost of living is not just a financial crisis, but one that is also contributing to the worsening epidemic of loneliness.

Eden Project Communities is now working in partnership with a host of organisations to inspire people to take part in #WinterWarmers, by creating warm spaces or hosting community meals, so that people from all backgrounds can meet and make connections.

‘This sustained sense of isolation is only set to worsen as we go into the winter months, with many people across the country tightening their belts and reducing their social interactions to save money.

‘Community action and connection is a great antidote to loneliness, and we’ve seen many fantastic local initiatives in action, each making a powerful difference to help people feel more connected. This winter, we’d love to see even more people opening their arms and doors to their communities.’

To find out more about Eden Project Communities #WinterWarmers or any partner activities go http://www.edenprojectcommunities.com.

As part of their campaign, Eden will promote The Big Lunch at Christmas as ‘a meal better shared together’.

It invites communities to host a festive shared meal, no matter how big or small, and suggesting businesses donate their employee Christmas Lunches to those who would benefit most.