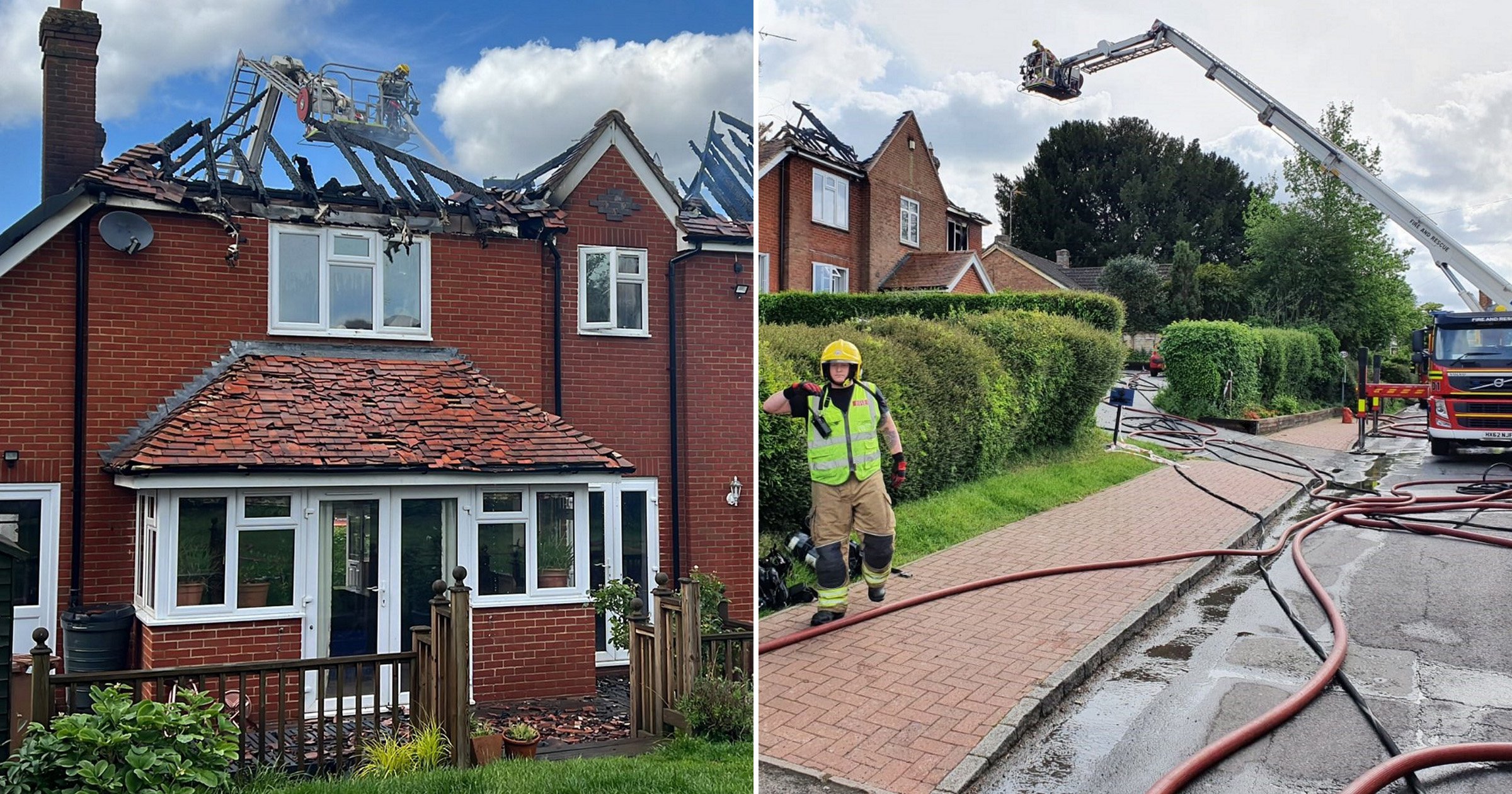 A house has been badly damaged by a fire thought to have been caused by solar panels on the roof.

The blaze spread inside the first floor of the £1million detached home in Old Basing, Hampshire.

Staff at a nearby bakery raised the alarm after seeing smoke billowing from the roof, allowing the house to be safely evacuated. No-one was injured.

Tim Goodman, owner of The Street Bakeshop, said his team helped get the owner’s daughter to safety.

When five fire crews arrived, the roof was alight and four hose reel jets and an aerial ladder were used to tackle the blaze.

Mr Goodman said: ‘Two of my team, Jared and Emily, saw the smoke coming off the roof and ran across to make sure that the daughter of the owners got out.

‘They were able to make sure she was safe and that no one else was in there.

‘Then Sonia and Natalia from my team stayed on and kept the shop open for the firefighters. I’m really proud of my team.’

Simon Forster, station manager and incident commander, said: ‘It’s believed the fire was caused by solar panels on the roof.

‘Our thanks go to The Street Bakeshop who stayed open to allow us to use their facilities and who saw the smoke and rushed over.’

By 5pm, firefighters were salvaging items from the house and were damping down.

A 2018 report by the Building Research Establishment said solar panel fires were rare and caused by installation errors rather than technological faults.