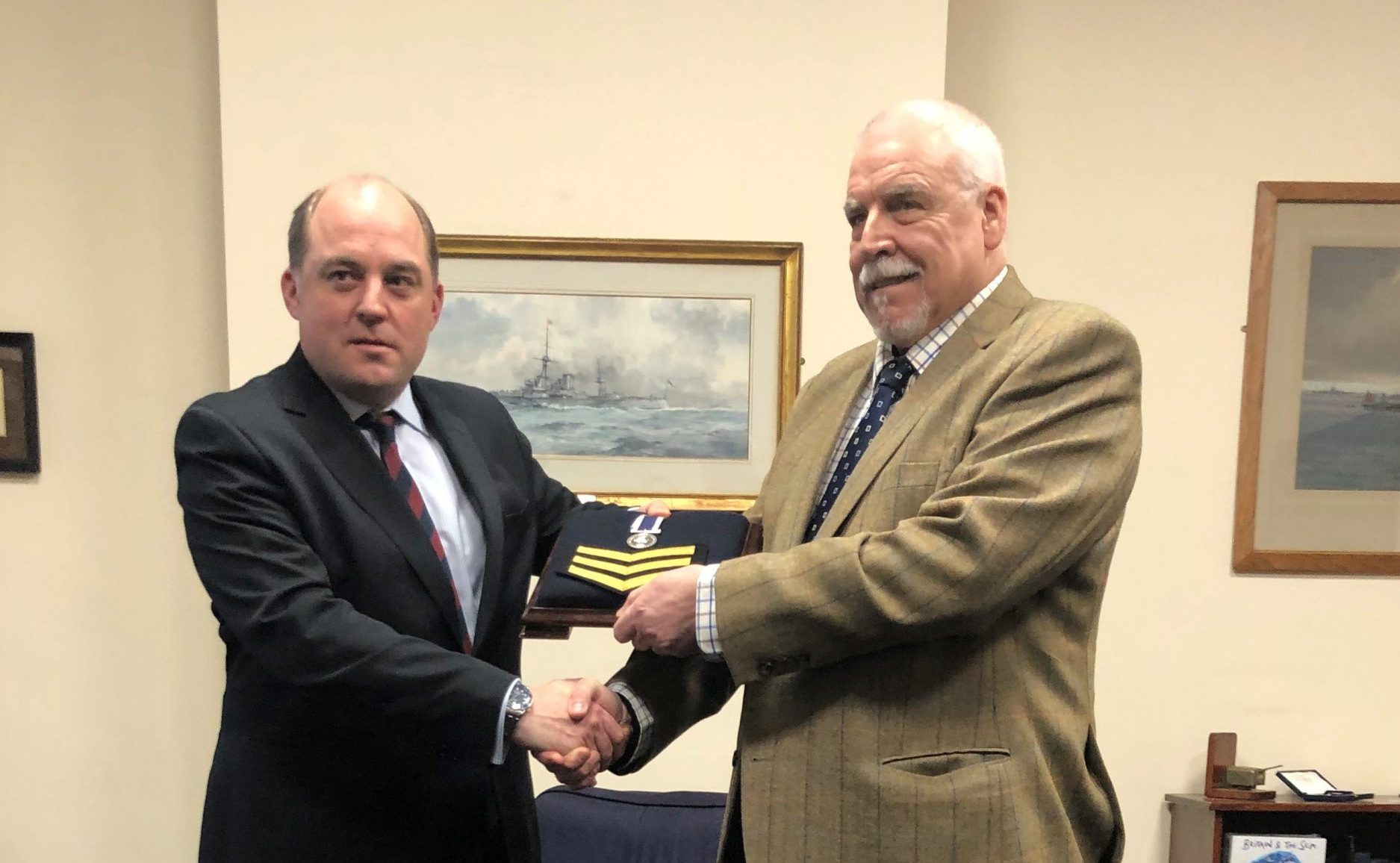 Former military members who were dismissed from service because of their sexuality are now able to reclaim the medals they were stripped of.

The Ministry of Defence (MoD) said it wanted to address a ‘historical wrong’ with the launch of the scheme.

Gay people were not allowed to serve in the military until a rule change in 2000.

The move comes after Falklands veteran Joe Ousalice successfully took the MoD to court to have his medal returned after claiming he was forced to leave the Royal Navy because of his sexuality.

The 70-year-old from Southampton, Hampshire, had his medal for long service and good conduct confiscated when he was discharged after revealing his bisexuality before a court martial in 1993.

Mr Ousalice, who had an 18-year naval career, is a former radio operator who served in the Falklands War and the Middle East, as well as six tours of Northern Ireland.

Under the scheme, affected former personnel can apply to have their case reviewed by the defence council, with successful applicants receiving a new medal from the MoD’s Medal Office.

Relatives of affected ex-military members who have since died are also able to apply for a review.

Today, Boris Johnson tweeted to show his support for the scheme, saying: ‘Those who serve in our Armed Forces deserve every recognition for their service.

‘It was a very great injustice that this was denied to some members simply because of their sexuality.

‘I hugely welcome the fact we can now address this historic wrong.’

The MoD said in a statement: ‘Prior to 2000, a number of armed forces personnel were discharged from service on the basis of their sexuality.

‘Some received convictions under specified legislation for homosexual behaviour that has now been de-criminalised, while others were discharged solely on the basis of their sexuality, without any conviction.

‘In the course of their discharge, some personnel either forfeited medals directly, or were prevented from continuing to serve and thus denied the ability to regain medals that might previously have been forfeited for unrelated reasons.

‘The MoD is committed to addressing this historical wrong and is introducing a policy which enables individuals to apply to have their medals restored.’

For more stories like this, visit our news page.