Some of Britain’s oldest cheesemakers are at risk of closure, as COVID-19 restrictions and uncertainty over Brexit take their toll.

Rural producers and suppliers are warning that early next year will be the real “make-or-break” moment for many traditional cheesemakers, despite the annual boost from Christmas sales.

“I’m a third-generation cheesemaker and to feel like everything is being taken away from you, overnight, it’s a really strange feeling,” Graham Kirkham, managing director of Mrs Kirkham’s Lancashire Cheese, told Sky News. 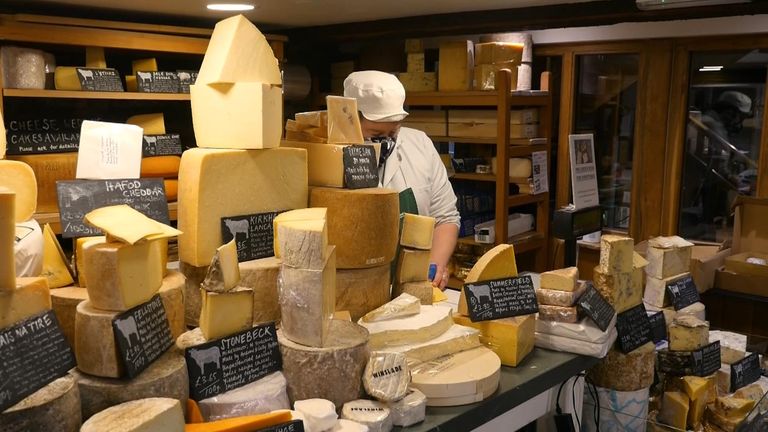 Mrs Kirkham’s is the last remaining producer of raw milk-based Lancashire cheese, based on the edge of the Forest of Bowland in Lancashire.

Its cheese is made in the “farmhouse” style, which means it’s produced from milk from its own on-site dairy herd, rather than using milk brought in from other farms.

Mr Kirkham said: “During the first lockdown, when hospitality venues shut and events stopped, we had more cheese coming back in here than was going out. It was really frightening.

“But because we’re a farmhouse cheesemaker, we still have to look after the cows, milk them, feed them… that cost is the same, whether we’re making cheese or not.

Mrs Kirkham’s managed to stay afloat through a push with online sales – but some farmhouse cheesemakers have already stopped producing. 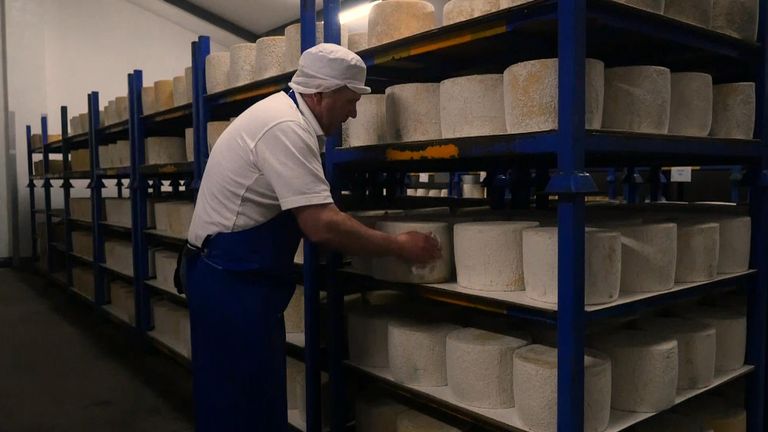 More may follow, taking with them jobs, livelihoods and a traditional way of cheese production that is deeply rooted in British farming.

“There is something of our social history within farmhouse cheesemaking,” Andrew Swinscoe, from The Courtyard Dairy, said. “But it also allows you to keep money within rural communities, to keep jobs in rural areas.

“It allows you to farm in small-scale traditional methods and all those things are really important – for jobs, the environment, for sustainability.

“I think we will do all that we can, but for me the next real challenging period is spring. I think that’s when farmhouse cheese will struggle again and if we’re not careful we will lose suppliers and we will lose cheesemakers.”

Catherine Mead, chair of the Specialist Cheesemakers Association, agrees and says the next three months are going to be “challenging” and not just because of COVID-19.

“There is so much uncertainty, in this year,” Mrs Mead told Sky News. “And that carries on and into Brexit.

“I think the outcome for Brexit for January and February is going to be really, really important for us, too.

“Whether we’re exporting, or it’s just about a trade deal in the UK, it’s just another layer of uncertainty for us in our planning and looking forward.”