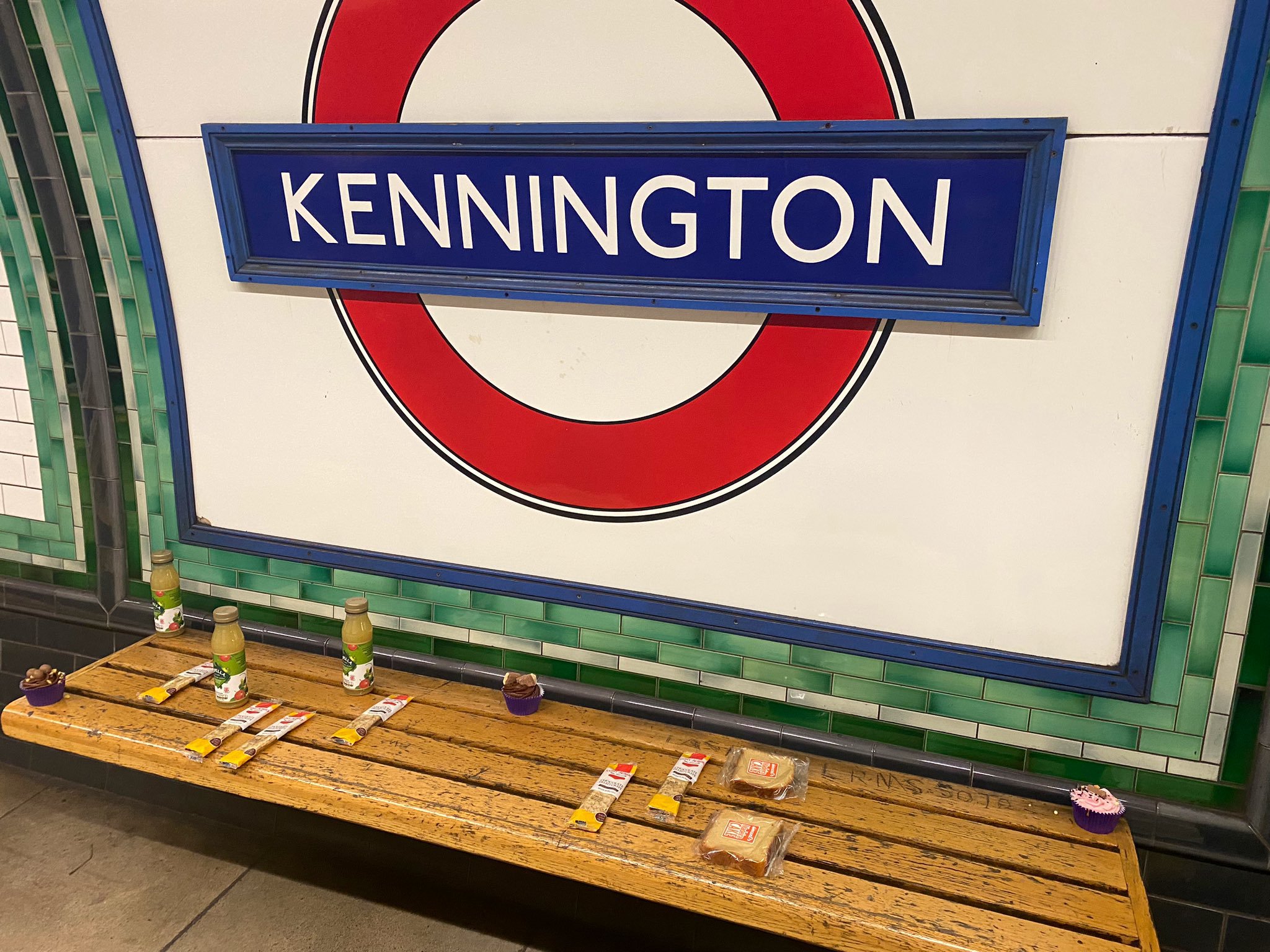 A mystery commuter has been leaving lunchtime snacks at the same London Underground stop for months.

The likes of cupcakes, bottles of apple juice and neatly packaged sandwiches have been appearing on benches at the Kennington station in Southwark.

Courtney Pochin was the last person to spot the odd smorgasbord, and tweeted out pictures to her followers.

She wrote: ‘It’s either a very kind gesture for those struggling amid #costoflivingcrisis or the tube is haunted and it’s a ghost picnic.’

The second spread is surprisingly yoghurt-heavy, with three bottles of Actimel and three Frubes alongside three Bear Yoyos packets.

Courtney told Metro.co.uk: ‘I don’t know who left it or why, it was just laid out in such a specific way it caught my attention.

‘There’s no note or anything with it to say why it was there.’

Several of the people retweeting the pictures raised concerns over the mystery Good Samaritan’s efforts toward health and safety.

Three chocolate cupcakes left at the station were without packaging, completely exposed to the less-than-pleasant underground air.

In one troubling reply, Julie Byers sent a picture of a peculiar platter she saw at the stop ‘a couple of months ago’.

It featured four bottles of Robinsons raspberry and apple juice, a box of orange Matchmakers and four large unpackaged sausage rolls making ‘direct contact’ with the wooden surface of the bench.

Courtney said the food she saw was left on different platforms on each of the occasions she came across it: first on January 7, and most recently on January 24.