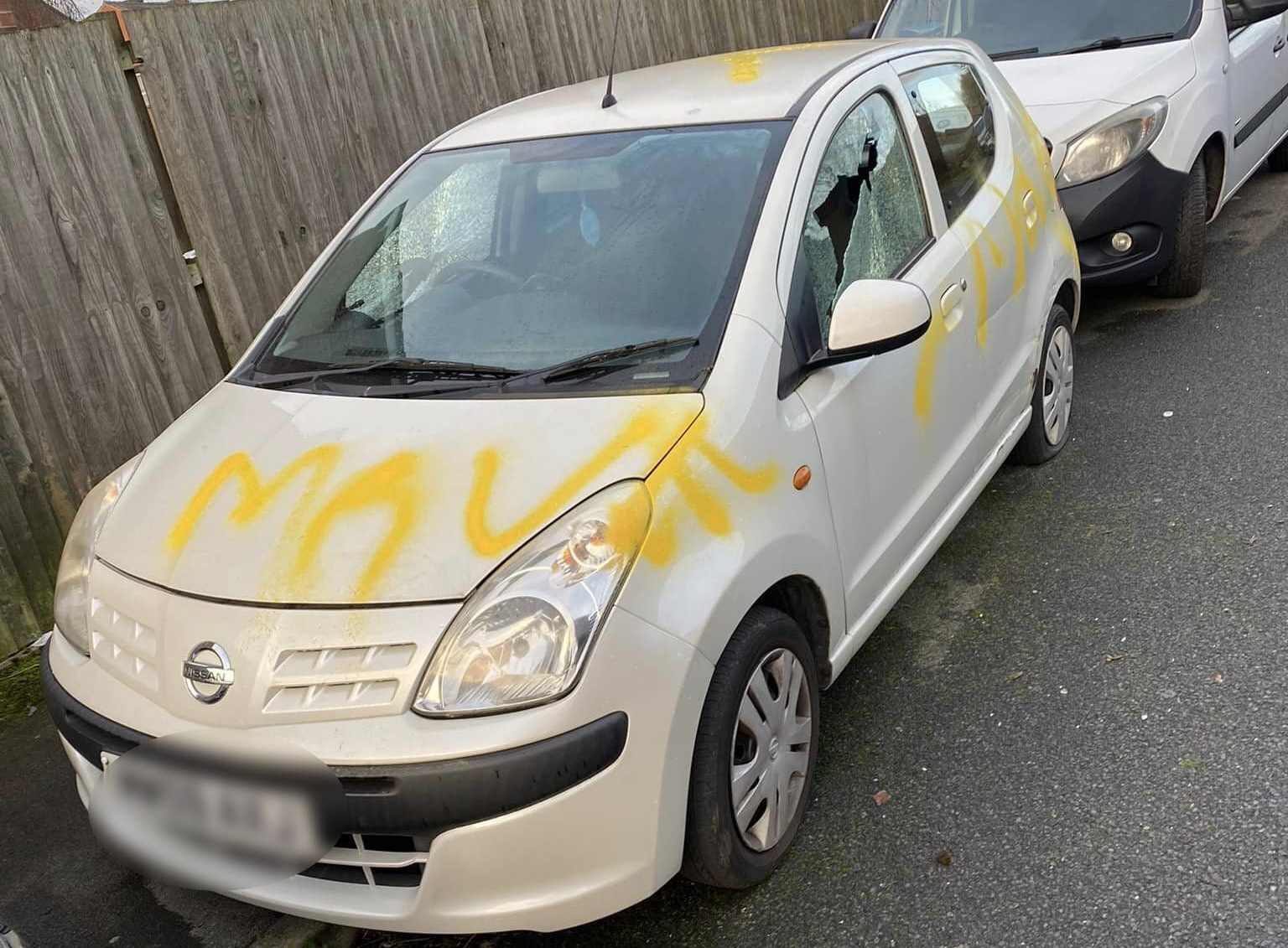 It appears as though someone has reached the end of their tether when it comes to people parking on their street.

The unidentified vandal smashed up a row of cars and wrote the word ‘MOVE’ with yellow spray paint overnight.

They appear to have been upset because the cars are parked half on the road and half on the pavement along Glover Street in Leigh, Greater Manchester.

The road is quite a narrow residential street and if people did not use the pavement, people would not be able to park on both sides.

It has been suggested that people were angry because people in wheelchairs and those with prams would not be able to get past.

However, infuriated residents argued their vehicles did not deserve to be vandalised.

One local said: ‘Unfortunately a lot of out streets aren’t wide enough for the amount of cars to park up so sometimes it’s necessary to park partly on the pavement.

‘I know and can understand how this is not good, but they should leave enough [space] for disability scooters and prams.’

Others chose to insult the quality of graffiti, with some saying the vandal could ‘clearly not spell’.