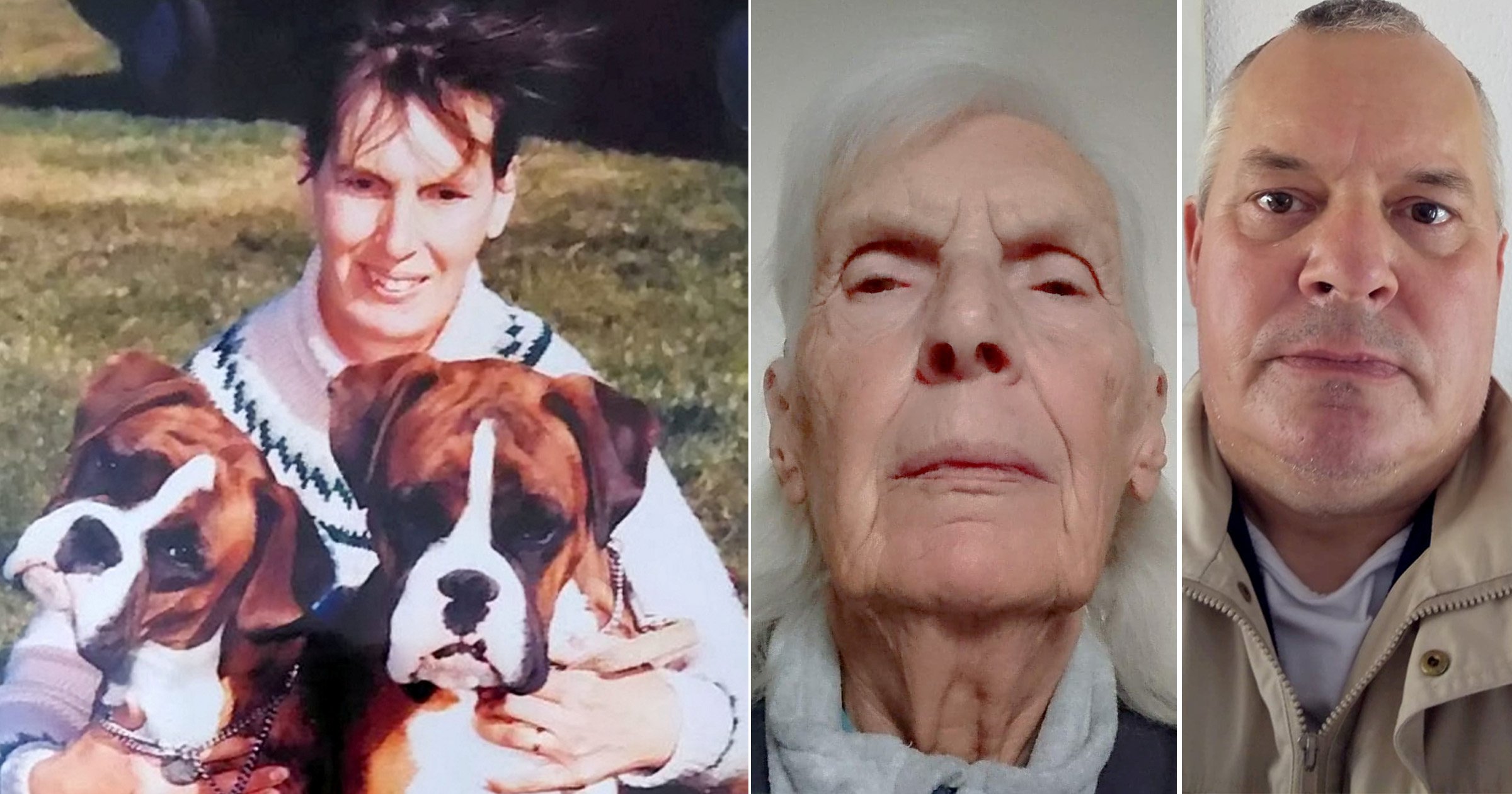 A son discovered the devastating news that his mum had died when he saw a post on social media – three days after police found her body.

Kevin Simpson, 52, was anxiously waiting by the phone, with no idea his mum Gillian, 75, had collapsed while walking her dog until he saw a comment on a Facebook community page.

He has blasted the police mistake as ‘disgusting’ – with his grief heightened by his mum’s dog Pearl being placed in a kennel for stray dogs following her death.

‘Why did it take three days for me to find out by Facebook that my own mother had died? It’s been disgusting’, he said.

‘Words cannot describe just how let down I feel by the police.’

Lincolnshire Police has apologised, saying they believed the Nottinghamshire force was informing Gillian’s loved ones of the sad news.

The dog breeder and trainer was walking her dog at one of her favourite spots, Stapleford Woods on the Nottinghamshire and Lincolnshire border, when she suddenly fell ill.

Police found her body on July 19 – but Kevin only realised something was wrong when his mum’s friend contacted him saying she hadn’t showed up for a walk.

He called Gillian’s phone but got no answer, so went to her house where there was no sign of her car or Pearl.

Suspecting she may have gone to the woods for a walk, Kevin headed there to find his mum’s car on July 22.

He said: ‘I walked around the whole woods shouting her name and a jogger who runs there every day told me her car had been there since Tuesday.

‘I returned home and saw this Facebook post on the community page which said a woman had died and I put two and two together.

‘I knew right there and then it was mum. Nobody should have to find out like that.’

After the grieving son contacted Lincolnshire Police, an officer was immediately sent to his home to confirm Gillian had passed away.

The force said there had been a ‘mix-up’ in letting him know.

Labelling the explanation as ‘not good enough’, Kevin said: ‘The left hand doesn’t seem to know what the right hand is doing there and I feel incredibly hurt and let down.

‘Nobody should be made left to make that discovery themselves. It was horrible on the day when I couldn’t get hold of her.

‘The police essentially came to break me the tragic news when I already knew it.’

The situation got worse when Kevin discovered Pearl had been taken to a kennels for stray dogs. He has since got his mum’s dog back.

Lincolnshire Police said: ‘We are really sorry to hear the woman’s son found out this way.

‘We understand the devastating impact that this type of message can have at any time, which is why we make every effort to deliver that message directly from officers, and in person where we can.

‘Sadly, that was not possible on this occasion and we do not underestimate the impact this is likely to have had.

‘We’re sorry there was a miscommunication which has caused further distress.’