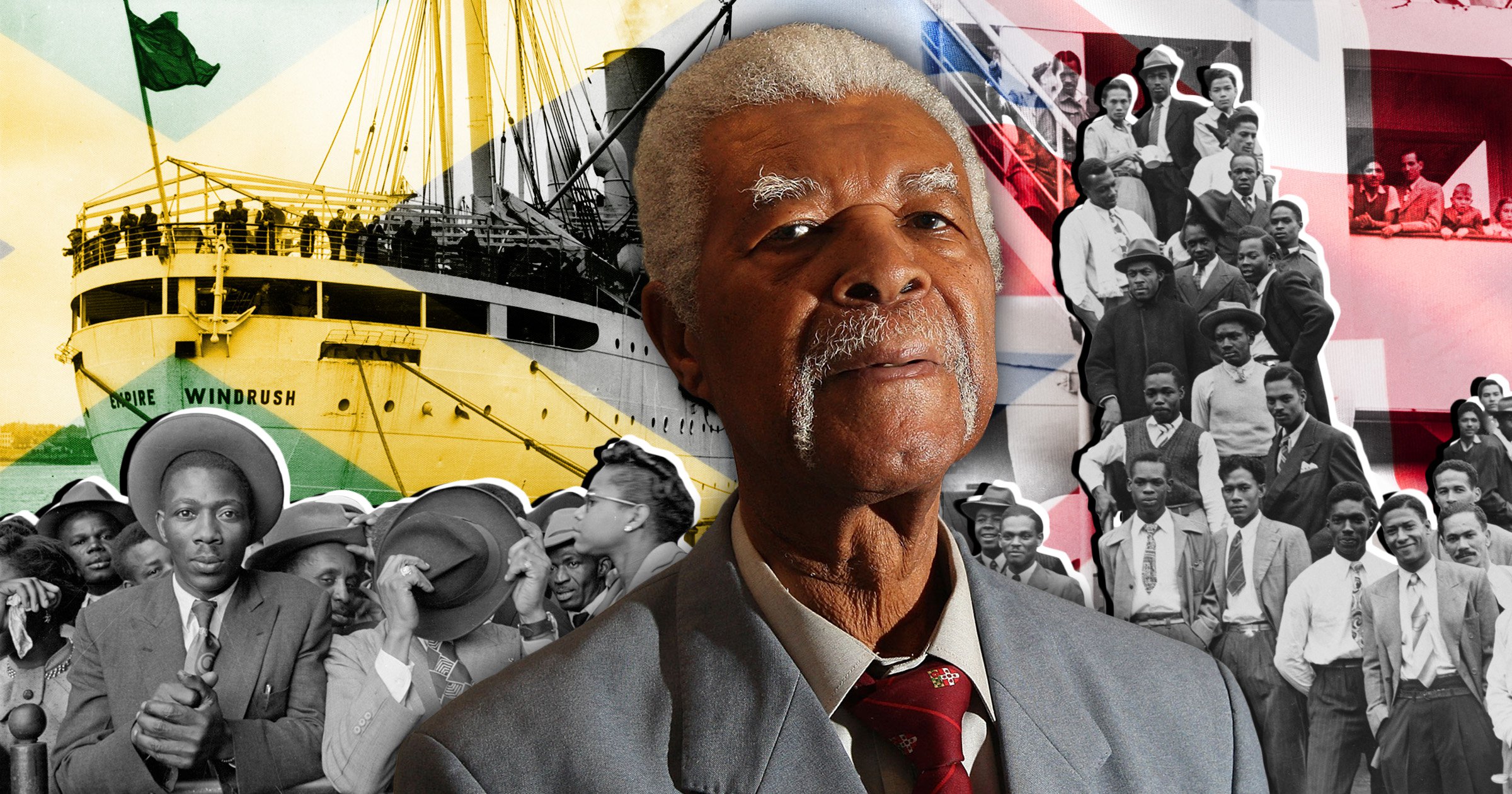 As one of the Windrush Generation’s guiding lights, Sam King MBE overcame war and racism as he helped lay the foundation stones for a diverse modern Britain.

His story, however, and those of his fellow settlers, has been obscured by years of ‘lies, misinformation and non-recognition’, according to his son.

As events get underway to mark the 75th anniversary year of the HMT Empire Windrush’s arrival, the Rev Michael King said that ‘wonderful truth and light’ is only now being cast on the ‘phenomenal contribution’ that they made to British society.

Sam served around the UK with the RAF during the Second World War before returning after hostilities ended, disembarking the Windrush at Tilbury dock in Essex on June 22, 1948.

A humble man, he would nevertheless become a prominent community leader whose distinctions included becoming the UK’s first black mayor.

He would not see his ‘dream’ of a national Windrush Day to mark the ship’s arrival become reality, but his legacy continues to make itself felt.

‘Ten years ago the Windrush conversation wasn’t one that was widely understood,’ Rev King said.

‘Two years ago, I stood in Westminster and spoke to the council on Windrush Day and explained to them that most of the Windrushers were not economic migrants, they were ex-RAF.

‘A lot of people didn’t know this. The truth of the phenomenal contribution that the Windrush Generation has made to Britain is only now beginning to be told and understood after many years of lies, misinformation and non-recognition of their contribution.’ 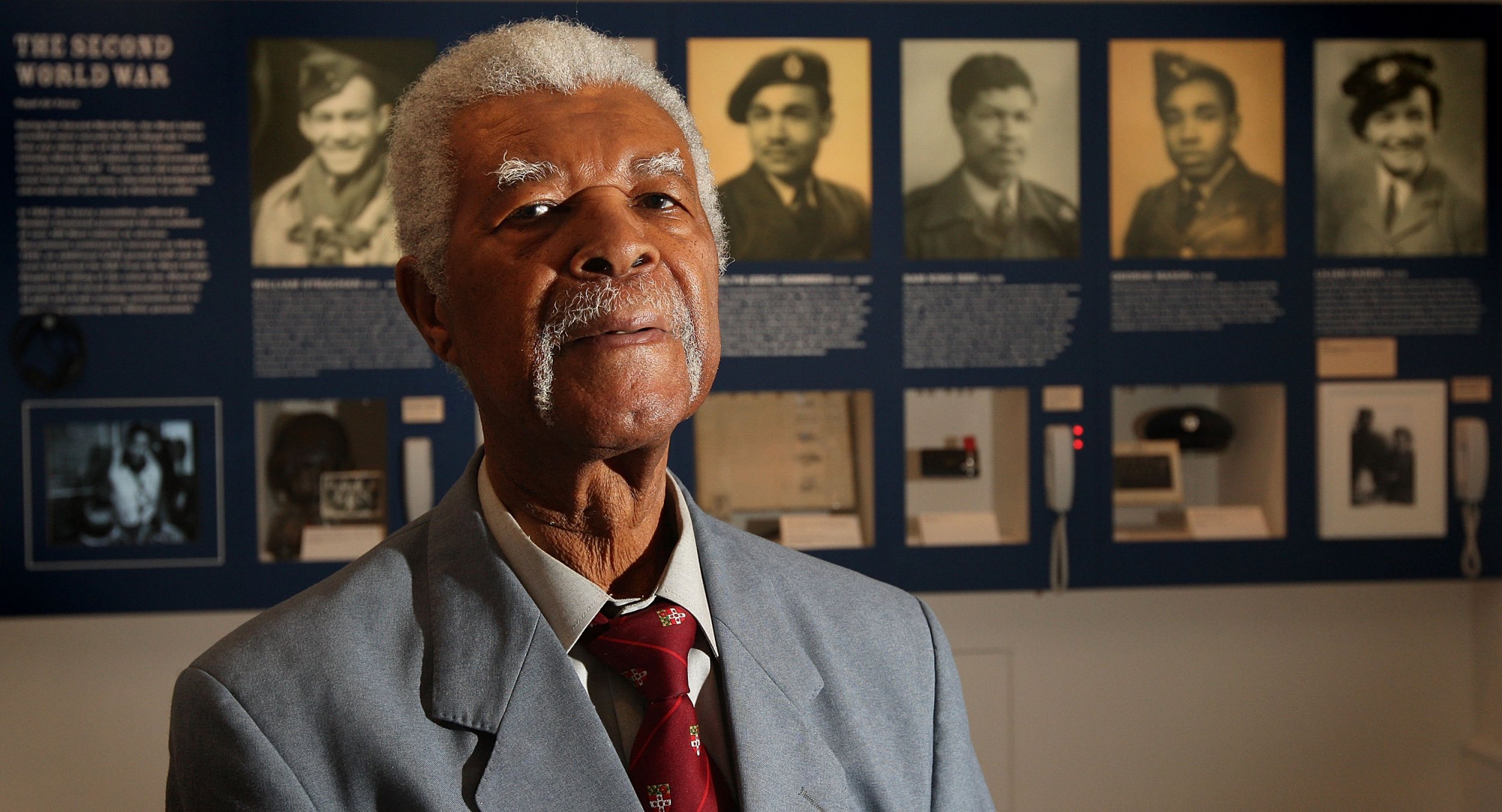 Rev King recalled calling for a royal endorsement to elevate the generation’s standing when he spoke at an online event ahead of the unveiling of the National Windrush Monument at London Waterloo in June 2022.

‘I was brought up as a royalist standing to attention for the national anthem,’ Rev King said.

‘So when the issue of reparations for the Windrush scandal came up I said a royal endorsement would have a trickle-down effect.

‘People thought it was a bit much to ask for but the very next day Prince William endorsed Sam King and the contribution he had made. His speech was too powerful for words.

‘Then Her Royal Highness The Queen gave her endorsement and support to the generation in a booklet for the event, which I call the royal edict.

‘That puts it in the right perspective for me; a truth that had been hidden and veiled in racism and lies for all those years was coming to the fore in wonderful truth and light.’

Rev King, who belongs to the King of Kings International Ministry, believes the Windrush story is one that can raise British-born descendants above some of the pitfalls of inner-city life, such as gangs, guns and drugs.

‘The Windrush story is extensive and resilient, it’s a story of tenacity,’ he said. ‘When you know your history it changes how you live your life and what hope you think you have. Inner-city hopelessness falls away when you get the true truth of your history, and black history, in this country.

‘It gives me hope for stopping crime among young people and among black people. There’s a wonderful heritage to be part of and to work hard for, it’s one to step up to and be part of.’

Born in 1926, Sam grew up in Portland, a lush coastal parish in rural Jamaica, before telling his mum at the age of 18 that he wanted to go to the mothercountry and join the fight against the Nazis.

‘His mother told him, “your mothercountry has need of you, if you live it will be a good thing”,’ Rev King said. ‘He didn’t have to go, Jamaicans then were going to America to do farm work and were making good money keeping the food industry going during the war.

‘It would have been easy to go to the US, but he wanted to cross the Atlantic, where the Nazi wolfpacks were sinking ships, and support the mothercountry against the Nazis.’

Working as an aircraft finisher helping to get planes up and flying, the devout Christian was posted across Britain and as far north as RAF Kinloss in Scotland before demobilizing back to Jamaica after the war.

The British government then invited West Indians to shore up the depleted workforce, and he became one of 802 smartly-dressed people from the islands who would arrive on the former German troopship.

Rev King is keen to emphasise the strong sense of public duty among the Commonwealth citizens, whose achievements included a pivotal role in establishing the then fledgling NHS. Many already were already highly skilled. As well as former RAF servicemen, a passenger list shows those onboard included barristers, doctors and engineers. Sam’s first wife, Mae Kirlew, who he married in 1952, was a Jamaican nurse.

‘It has to be said that 90% of the Jamaicans onboard the Windrush were not economic migrants,’ Rev King said.

‘They were veterans, war heroes, who were coming to rebuild the mothercountry because, like my father, they knew places like Coventry had been flattened. They had the traditional five-year plan to work hard, raise some money and go back to Jamaica.

‘But it didn’t work like that, they stayed, they settled and they had children.’

Rev King, who lives in Hooley, Surrey, had many conversations with his dad about the war veteran’s early years in Britain, which involved overcoming blatant racism and discrimination.

‘When he came off the Windrush it was, “no dogs, no wogs, no Irish”,’ Rev King said. ‘People were in shifts in beds, the nightshift shared with the dayshift and vice versa. There was total discrimination on housing.

‘But as Christians we know God turns setbacks into leaps forward, and it forced people to buy their own properties and my dad bought a property in Southwark. One of the things that has been erased from history is that the Windrush people were the property people.’

Sam, who lived in Herne Hill, south London, became the UK’s first black mayor in 1983, when he took on the role in the London Borough of Southwark. His son believes the Labour councillor was the first Jamaican to adopt the mantle outside of the island anywhere in the world.

Sam received death threats from far-right groups as he became mayor, which thrust him into the newspaper headlines.

Unphased, he would go on to co-found the Windrush Foundation, a heritage charity, and organise milestone anniversaries of the ship’s arrival.

As well as investing in property, the former serviceman worked for the Royal Mail before joining up with fellow community advocate Arthur Torrington in 1995 to establish the London-based organisation.

His community work earnt him an MBE from Queen Elizabeth II in 1998, the 50th anniversary year of the ship’s arrival.

Sam’s legacy has continued to influence British life after his death on June 17, 2016, aged 90. He is credited with preventing the vessel’s arrival from falling into obscurity and his influence can be felt on the streets of London in the form of the Nottingham Hill Carnival, which he co-founded.

In an impassioned speech at the House of Lords on Thursday, Windrush campaigner Baroness Floella Benjamin recounted how former prime minister Theresa May had established the annual day in 2018.

Baroness Benjamin, herself part of the generation, described the commemoration as ‘a dream of the late Sam King’.

While the pioneer took his place among one of the biggest and earliest arrivals of prospective workers from the Caribbean, the Windrush Generation is generally considered to be all of those who came to the UK from the West Indies seeking work between 1948 and 1971.

In the backdrop to the anniversary is the campaign for compensation in the aftermath of the Windrush scandal, where members of the generation were targeted for immigration enforcement as a result of the ‘hostile environment’ policies under previous Tory governments.

Victims found themselves wrongly denied access to healthcare and housing, with some being detained and deported despite being longstanding UK residents. Sam’s family itself embodies the diaspora’s assimilation into British life that was ignored by Home Office officials.

His personal legacy includes paving the way for four generations, with Rev King and wife Marjorie having six children between them, and the reverend’s eldest daughter, Dionne McDonald, having three children.

Their ancestry includes their dad’s entry on the Windrush’s passenger list, which is preserved at the National Archives.

‘It was revelatory seeing my dad’s name on the passenger’ list,’ Rev King said. ‘It’s like the way we think of a slave ship but reversed. It brought all the stories my dad told me to life, as you always think of your dad being older, but you never think of him being your age.

‘But all the names matter, because history’s truth is now being told. These were not economic migrants, they were military heroes who had served in the RAF during the war who were coming to rebuild the mothercountry, and we should be saying “thankyou for your service.”.’