On Wednesday, Sophie, Countess of Wessex hosted a garden party at Holyroodhouse as part of a traditional week of events in Scotland. Accompanied by her husband Prince Edward, Prince Charles and Princess Anne, the Countess welcomed Scots, who have made positive contributions to their communities, to the grounds of the Edinburgh royal residence. Sophie and Edward have taken on more prominent roles within the Royal Family in recent years, particularly following the stepping down of Prince Andrew, shock exit of Meghan Markle and Prince Harry and death of Prince Philip.

Initially, after the pair tied the knot in 1999, the Earl and Countess of Wessex were not interested in pursuing full-time royal careers.

Instead, Sophie had her own public relations firm while Edward ran a production company.

In 2001, the Countess was at the centre of scandal when recordings of damning conversations were leaked in the press. 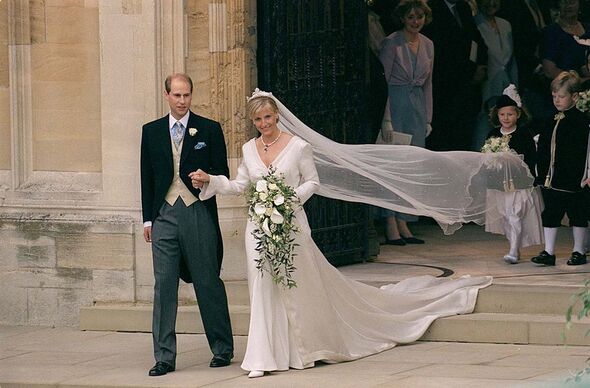 She also appeared to abuse her royal connection, allegedly saying: “When people find we’re working for you, the chances are you’ll get people interested.

Soon after, Sophie stepped down from her position in the PR firm and in 2002, both she and Edward became full-time working royals.

Duncan Larcombe, former royal editor of The Sun and author of ‘Prince Harry: The Inside Story’, has claimed that Sophie was “rescued” by the Queen after her scandalous start.

He told GoodtoKnow in 2020: “When Sophie first entered the Royal Family she was in the crosshairs.

“But she decided that she wasn’t more important than the institution that she joined and she knew she needed to change and adapt.”

Mr Larcombe added: “The Queen in many ways was instrumental in rescuing Sophie.”

Sophie and the monarch share a particularly special relationship, which grew even closer following the death of the Duke of Edinburgh last year.

The Countess was said to have been a pillar of strength and support for the Queen since her husband’s passing and the aftermath of Meghan and Harry’s departure.

Mr Larcombe told Fabulous at the time : “Since the duke’s death in April, Sophie has driven the 10 miles from her Bagshot Park home to Windsor Castle every few days and most weekends.

“And on the days she can’t get there in person, the Countess of Wessex has made a point of calling her mother-in-law at least once a day.”

Now, both Sophie and Edward often accompany the monarch on her limited public appearances. 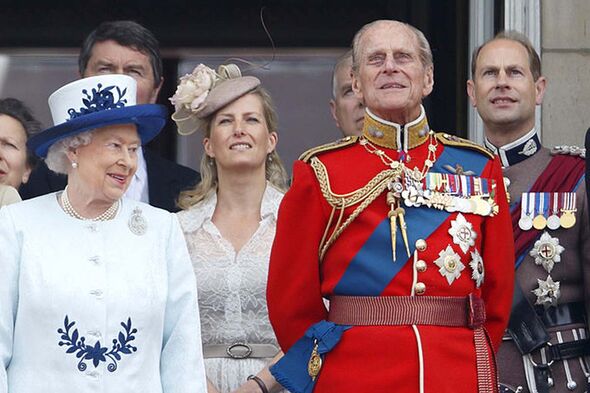 On Monday, Her Majesty attended her first public engagement since the Platinum Jubilee celebrations earlier this month.

Alongside the Earl and Countess of Wessex, the Queen was pictured smiling as she appeared in the courtyard for the Ceremony of the Keys in Edinburgh.

In the ceremony, the monarch is handed the keys of the city of Edinburgh and welcomed to “your ancient and hereditary kingdom of Scotland”.

In keeping with tradition, the Queen then returns them to Edinburgh’s elected officials for safekeeping.

The monarch is understood to be staying in the Palace of Holyrood for the entirety of Holyrood Week, during which the royals celebrate Scottish culture, achievement and community.

It was only confirmed that she would take up residence in Edinburgh for the week on Monday as she has been suffering from ongoing mobility issues of late.

However, on Wednesday, she was pictured without a walking stick during an audience with the First Minister of Scotland Nicola Sturgeon.

And on Thursday, she made a surprise appearance at the Queen’s Body Guard for Scotland Reddendo Parade in the gardens of the Palace.