Prince Edward’s wife turns 56 tomorrow and will likely be celebrating privately amid the coronavirus pandemic. However, on numerous occasions in the past, Sophie has ended up spending her birthday on official royal duties and last year was no different. The Countess was at the UK-Africa Investment Summit hosted by the Duke and Duchess of Cambridge on her 55th birthday.

Sophie’s presence was a clear sign of support just days after the Duke and Duchess of Sussex caused a storm with their unexpected announcement.

Kate, William and Sophie were joined by Prince Edward and Princess Anne at the Buckingham Palace event.

Though William and Kate were holding the reception on behalf of the Queen, the actual summit was hosted by Prime Minister Boris Johnson.

The event saw Heads of State and Government, as well as delegates, members of the UK government and business figures from the UK and Africa joining the royals for drinks in the state rooms before a group photograph and speech by William. 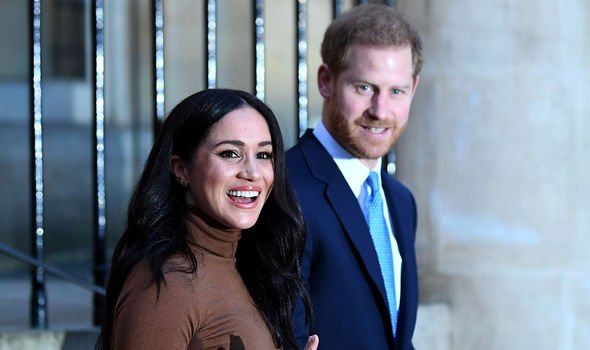 A Kensington Palace spokesperson said: “The summit will demonstrate the strength of the relationship between the UK and Africa, showcase and promote the breadth and quality of investment opportunities across Africa, and highlight the UK’s commitment to supporting economic development in Africa, including through the creation of jobs and new partnerships.”

This was not the first time Sophie has undertaken royal duties on her birthday.

For her 40th, she opened a new Sixth Form Centre at Collingwood College in Camberley, Surrey.

On her 50th birthday, she visited Tomorrow’s People Social Enterprises at St Anselm’s Church in Kennington to meet staff and enjoy a birthday cake, as well as a visit to the London School of Hygiene and Tropical Medicine.

Now that Harry and Meghan are out of the picture, having moved to California and started their own independent life, it is expected that Edward and Sophie will be taking on more responsibilities.

The Queen has reportedly formed a “firm of eight” senior royals who will make public appearances together this year that includes herself, Prince Charles and his wife Camilla, Duchess of Cornwall, Prince William and his wife Kate, Duchess of Cambridge, Princess Anne, Prince Edward and Sophie, Countess of Wessex.

Royal author Angela Levin claimed Sophie will “step up” this year in the wake of Megxit, adding that she and Edward “feel they have been left out a bit” in the past and are now “very keen” for a bigger role.

She added that the Earl and Countess have already upped their appearances and that the Queen “adores” Sophie, who she described as an “incredibly hard worker”. 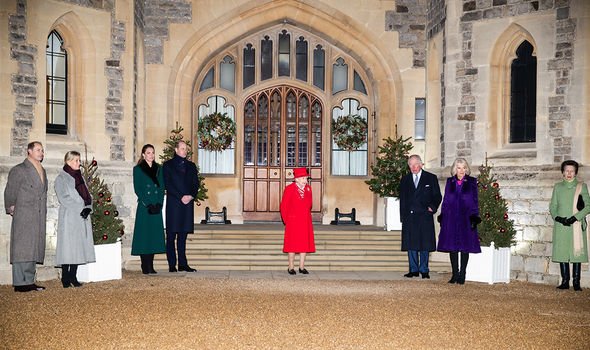 The royal biographer told Express.co.uk: “I’m sure that the Earl and Countess of Wessex will step up.

“They have done recently anyway since Harry and Meghan have gone.

“They are keen to do things, I think they feel they have been left out a bit and now it is a chance.

“The Countess is an incredibly hard worker, very good with people and the Queen adores her.

“They live near the Queen in Windsor and they often went to church on Sunday before the lockdown.

“And she learnt to ride so she could ride with Her Majesty.”

Express.co.uk readers were asked whether they would like Sophie to take on a bigger role now Meghan and Harry have quit and a staggering 91 percent said yes.

One comment on the poll said: “Sophie is dignified, graceful and carried out her public acts with genuine compassion.”

Another reader said: “Sophie is one thousand times better than Harry and his wife as a working royal because she is loyal and sincere in serving the Queen and the country.”

A third called Sophie “a safe pair of hands”.

Sophie is said to be the Queen’s favourite daughter-in-law, and Edward is her only son to not have been divorced.