Type 2 diabetics are to be encouraged to try a soup and shakes weight-loss plan as the health service steps up efforts to tackle the condition.

Being overweight or obese greatly increases the chances of developing type 2 diabetes, but a NHS England trial with 5,000 patients showed that showed almost half of people who undertook the weight loss plan saw their type 2 diabetes go into remission after a year.

As part of the year-long plan, patients who have been diagnosed with the condition in the last six years and meet other eligibility criteria will be given so-called “total diet replacement products” such as shakes and soups for three months.

Alongside this, they will be supported to increase their exercise levels, and helped to reintroduce ordinary, nutritious food to their diets, with ongoing advice from clinicians and coaches.

NHS England said that as well as helping people live happier, healthier lives, more action to tackle obesity and diabetes will save the health service money and free up staff time.

The diet programme will be rolled out initially to patients in 10 areas of England.

A third of people who died in hospital with COVID-19 had diabetes, according to Public Health England data, and more than 12.3 million people in the UK are at risk of developing the disease. 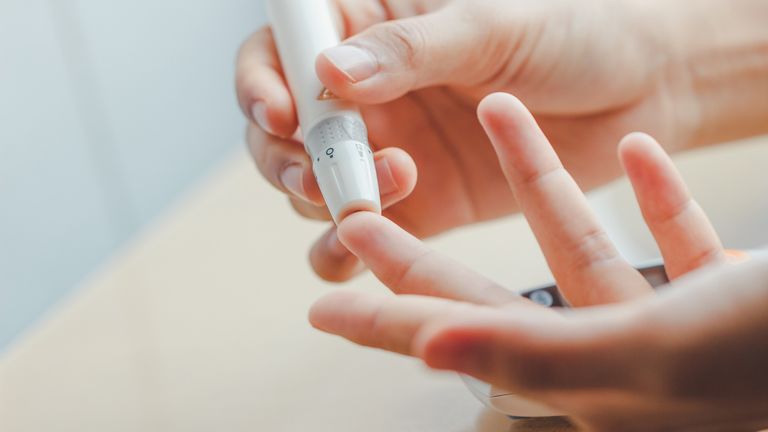 The NHS diet plan comes as a new study found that most cases of type 2 diabetes could be reversed if a sufferer’s body mass index (BMI) is kept under a certain level.

The survey of almost half a million people also found that BMI is a more influential risk factor for the illness than genetics.

It suggested that most cases could be reversed or even prevented if a person was able to keep their BMI below the point where abnormal blood sugar levels are triggered.

Everyone has a different threshold, explaining why some with a healthy weight develop diabetes while some who are overweight do not.

Professor Brian Ference, from Cambridge University, said the study’s findings could have “significant” implications for screening, prevention and treatment of the condition.

Just over half of them were women, with an average age of 57.

They were followed until an average age of 65 and, during that period 31,298 of them developed type 2 diabetes.

Those with the highest BMI had an 11-fold increased risk compared to those with the lowest BMI, and a higher chance of developing diabetes than all the other BMI groups, regardless of genetic risk.

Prof Ference said: “This suggests that when people cross a certain BMI threshold, their chances of diabetes go up and stay at that same high-risk level regardless of how long they are overweight.

“You can prevent most cases of diabetes by keeping BMI below a person’s threshold.”

Researchers are working on a way to estimate a person’s threshold and Prof Ference said he hopes for results on this by early next year.

The findings were presented at the European Society of Cardiology Congress.