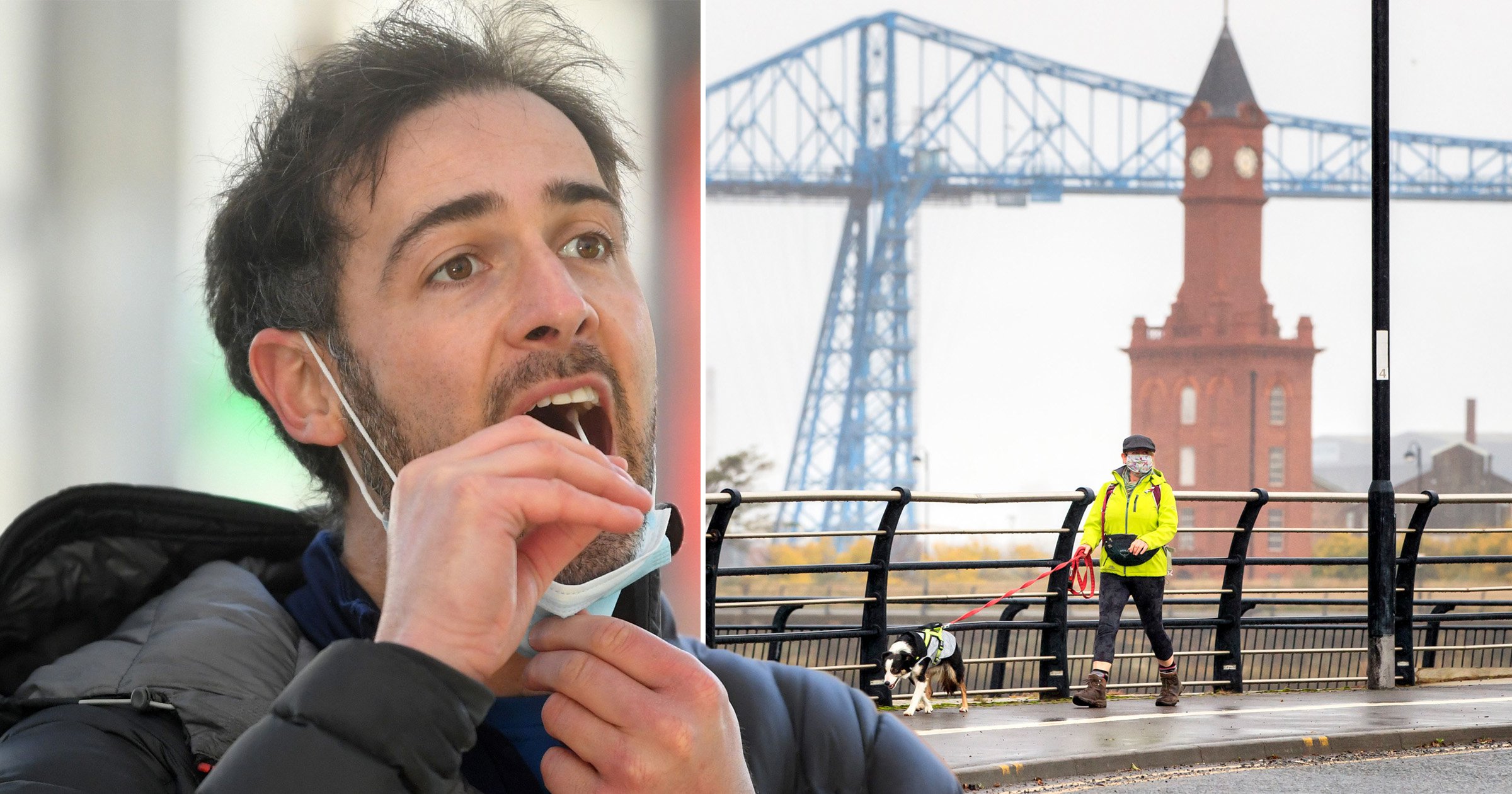 Surge testing will be deployed in Middlesbrough after a case of the South African Covid-19 variant was detected there.

Public health officials have urged everyone over the age of 16 from Marton and Coulby Newham to get tested at a new hub which has been set up at the Parkway Centre.

They will not need to book an appointment beforehand.

Esther Mireku, consultant in public health in Middlesbrough, said: ‘This will help us understand more about the potential spread of this new variant.

‘While the overall Covid infection rate in Middlesbrough has now halved from its peak in early January, it has still not decreased as much as we would have liked.

‘The high prevalence of Covid in the town, combined with the reporting of this variant, are a reminder to everyone of the importance of staying at home as much as possible and following hands-face-space when out for an essential reason.’

There have only been 202 confirmed cases of the new variant in the UK so far.

Health experts have said there is no evidence the strain causes more severe illness, but there are concerns it may impact the efficacy of the vaccines currently in use.

The new case was picked up as part of random sequencing by PHE. Enhanced contact tracing has taken place and there are no obvious links to international travel, TeessideLive reports.

Local mayor Andy Preston said: ‘New variants are popping up in different towns and cities around the country.

‘What’s really important now is that we establish whether the variant has spread further around Middlesbrough.’

Surge testing has been used in a number of areas across the country in attempts to get on top of new variants of the disease.

People in areas of Lambeth in south London as well as parts of Worcestershire, Manchester, Kent and Surrey have all been offered tests when cases of new strains have been identified.