Source of River Thames dries up as drought continues in England

A luminescent flotilla of 150 boats sailed down the Thames to pay tribute to the Queen Elizabeth to creat a “stunning river of light”, a news report has stated.

The spectacular tribute to Her Majesty was part of an installation called “Reflections” and was originally planned to celebrate the Queen’s Platinum Jubilee.

A large number of people gathered near the river to catch a glimpse of the shimmering floating boats.

The beautiful procession will travel from Albert Bridge to Tower Bridge as part of an art installation called ‘Reflections’ which organisers have said will create a “sparkling night time Canaletto scene”.

The Royal Row Barge ‘Gloriana’ will be in the heart of the procession and will be escorted by traditional rowing boats such as Thames Watermen’s Cutters, Cornish Pilot Gigs, Skiffs and Skerries, in addition to a fleet of motor launches and cruisers. 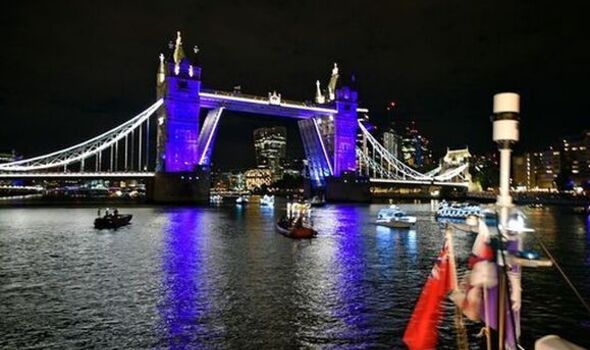 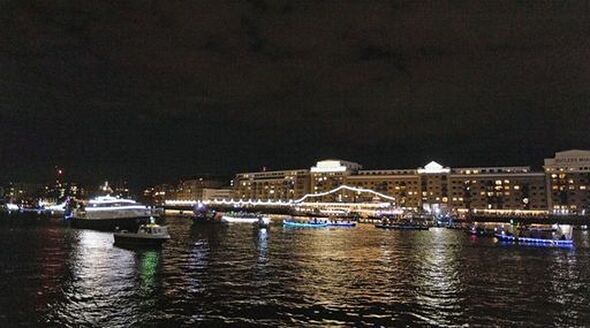 Chris Livett, the King’s Bargemaster, was at the helm, and Gloriana was rowed by Ben Fogle and past winners of the historic race for Doggett’s Coat and Badge.

The Reflections flotilla passed under the seven Illuminated River bridges and these were beautifully lit up in a special display by the lighting artist Leo Villareal.

Reflections culminated in the raising of Tower Bridge which was bathed in purple light.

Footage showed the crew using illuminated oars to row through the water. 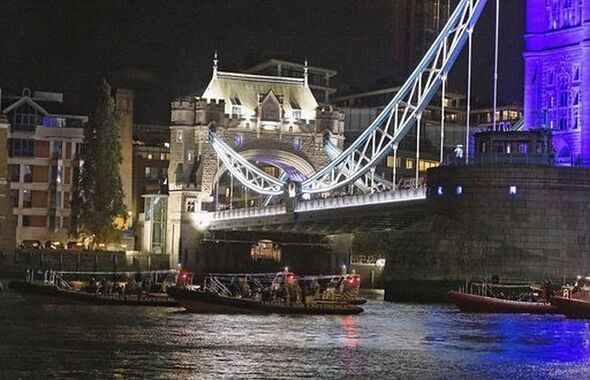 The flotilla hopes to raise £20,000 for the RNLI, with the money going towards a new lifeboat station at Waterloo Bridge.

London’s River Thames has played an important role in many Royal and State occasions over the centuries, and the memorable event continued this age-old tradition.

Reflections is thought to be the first illuminated flotilla to be seen on the Thames for over three hundred years.

Promoted as part of Totally Thames 2022, Reflections was organised by Thames Alive together with a group of people who played a central role in the delivery of the Thames Diamond Jubilee Pageant in 2012. 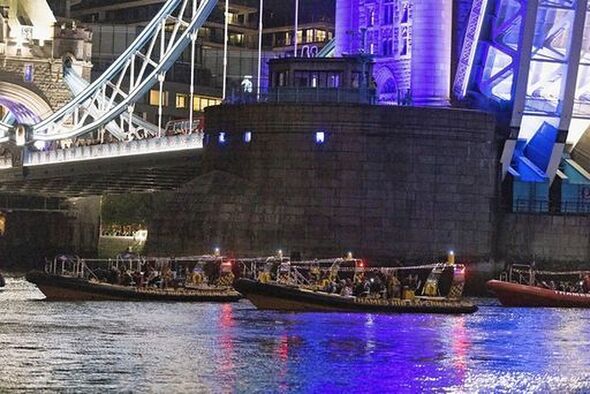 Last summer a small group of people at a river function, including Her Majesty The Queen’s Bargemaster, thought there should be an official celebration of the Jubilee involving the River Thames in London.

They didn’t want to recreate the enormous spectacle of the Diamond Jubilee, but wanted to give the boating community the opportunity to pay their respects to the 70 remarkable years the Queen has been on the throne.