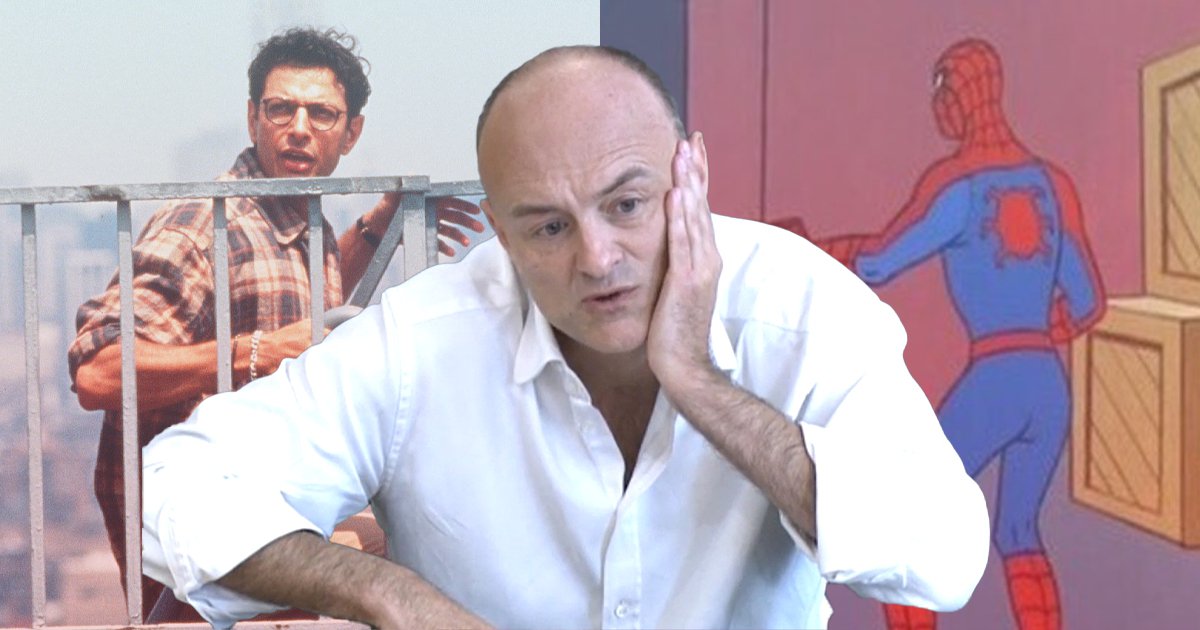 As Dominic Cummings reeled off a series of explosive allegations about the UK’s response to Covid, social media users did their best to bring some typically light-hearted humour to the situation.

Appearing before a joint parliamentary committee today, the prime minister’s former top aide apologised for mistakes made by himself and the government and said No 10 ‘fell disastrously short of the standards the public has a right to expect’.

Surprisingly the Brexit mastermind used an internet reference to illustrate what he saw as a lack of accountability, sparking memes about Spider-Man and references to Hollywood blockbuster Independence Day being shared on Twitter.

‘You know that Spider-Man meme, both the Spider-Mans pointing at each other?’ Mr Cummings told MPs.

‘It’s like that but with everybody… all the different Spider-Mans are pointing at each other saying ‘you’re responsible’.’

‘At last! We are finally getting to Spiderman’s role in this shambles. He has got away unscrutinised to far too long,’ wrote Financial Times journalist Robert Shrimsley. 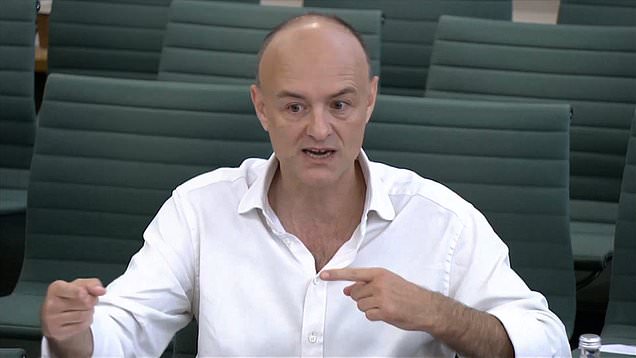 Mr Cummings also said the government’s delay in locking down and lack of an action plan was similar to sci-fi movie Independence Day, in which the US is devastated by a surprise alien invasion.

He went on to compare one colleague, data expert Ben Warner, to Jeff Goldblum’s scientist in the film, whose warnings were ignored to disastrous consequences.

‘This is like a scene from Independence Day with Jeff Goldblum saying, “the aliens are here and your whole plan is broken, and you need a new plan”,’ he said.

Health secretary Matt Hancock was one of the most prominent people criticised by Mr Cummings, who said he ‘should’ve been fired for at least 15, 20 things’ during the crisis.

Many immediately recalled this morning’s video of Mr Hancock running away from reporters asking if he was worried about Mr Cummings’ testimony. 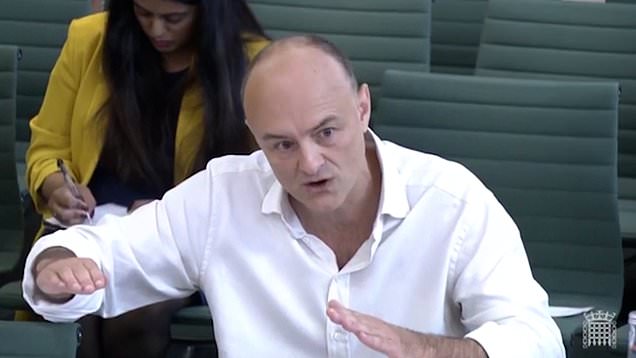 ‘You know that video of Hancock going for a run this morning? He’s not coming back, is he?’ wrote one Twitter user.

Making reference to Mr Hancock’s choice of attire – an England cricket shirt – another wrote that they thought it was James Anderson ‘running into bowl’, to which the swing specialist replied with a laughing emoji.

Seb Ate said: ‘Has Matt Hancock deleted his “Dominic Cummings was just doing what any father would do” tweet of support yet?’

Jason Okundaye wrote: ‘Dominic Cummings should’ve made these revelations through a tell all interview with Oprah imo (in my opinion), the public need them live reactions and “let’s just circle back to when you said”.’

By noon, Mr Cummings’ explosive statements had drawn a sizeable audience, with several top trending topics revolving around his evidence.

The Thick Of It writer Simon Blackwell tweeted ‘Is The Thick Of It trending yet?’ to which one of the political sitcom’s stars, Chris Addison, drily replied: ‘Every f***ing day.’