A rescue dog has itself been rescued from England’s highest mountain after showing signs of pain in her rear legs.

Daisy the St Bernard collapsed as she was walking down Scafell Pike in the Lake District and was refusing to move.

It was important to get her on to a stretcher as quickly as possible because the weather was due to deteriorate as the day went on. 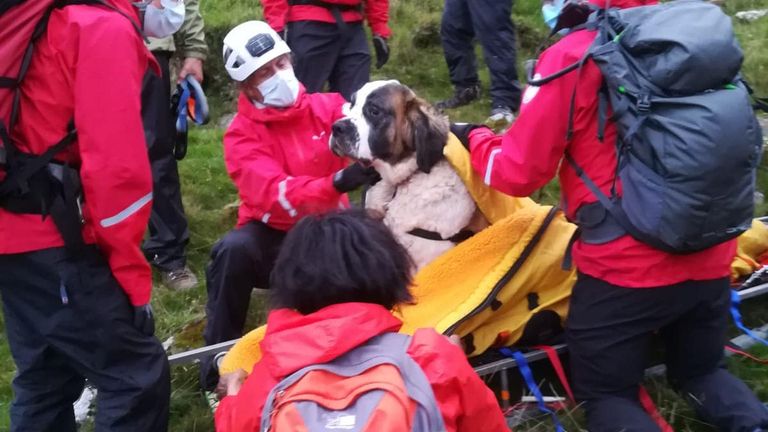 The four-year-old canine, weighing 55kg (8.66 stone), was fed and kept hydrated by her owners as they waited for members of Wasdale Mountain Rescue Team to arrive.

The group rescues canine casualties about a dozen times a year, but this was the first time they had been asked to retrieve a St Bernard.

Having sought advice from vets about pain relief, they discovered that if Daisy “didn’t want to do something, she wasn’t going to do it”.

“It quickly (became) apparent that Daisy’s cooperation was going to be essential if we were to make progress,” the team said on Facebook.

With the help of a “little persuasion” and “plenty” of treats, they managed to administer some analgesia.

After that, “Daisy very quickly settled down with her chin resting on the head guard, having realised that we were trying to help her”, they added. Generally, she was “extremely placid and compliant”. 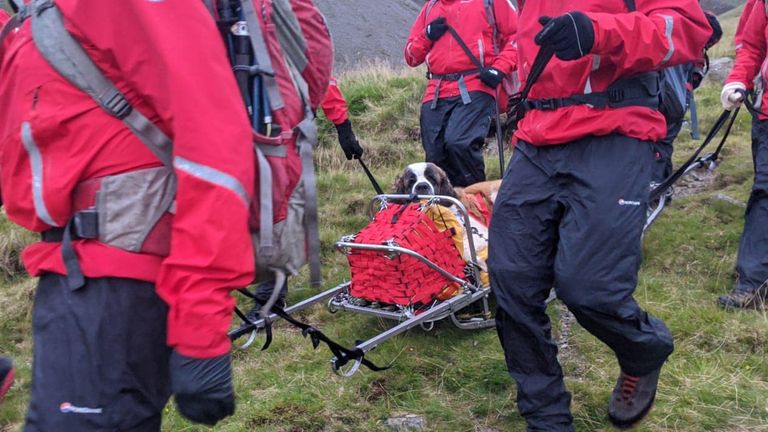 From then on, the operation was “not that much different to a normal adult evacuation”.

A total of 16 team members were involved in the rescue, which lasted for five hours and finished at 10.30pm.

Daisy had a “hard start in life”, the team said, and was rescued by her current owners a few months ago.

Since being brought down the mountain she has slept well, is snoring a little louder than normal, and is back to her “usual high spirits”. 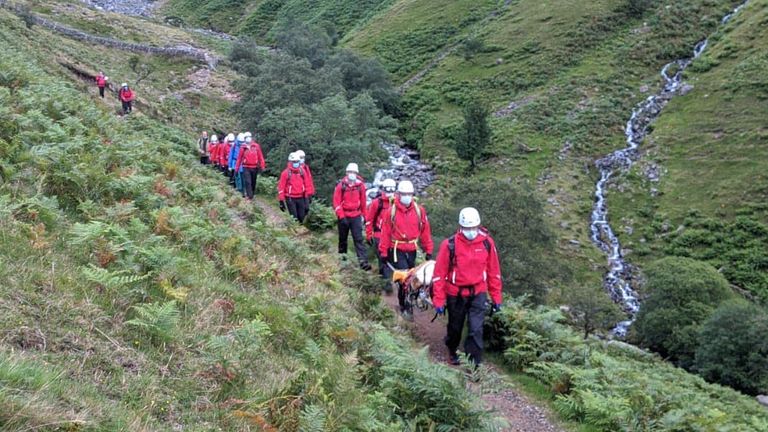 The St Bernard is a breed of large working dog from the western Alps in Italy and Switzerland.

They were originally bred for rescue by the hospice of the Great St Bernard Pass on the Italian-Swiss border.