Letters posted in a small mailboat to mark 80 years since the evacuation of St Kilda have been found by children in Norway.

The last 36 people on the remote archipelago, 40 miles west of the Outer Hebrides, were evacuated on 29 August 1930 after they decided life there was unsustainable.

In 2010, National Trust for Scotland archaeologist Ian McHardy build a small waterproof boat to carry postcards to seven people, including the trust’s patron the Prince of Wales and Norman John Gillies, who left St Kilda at the age of five and died in 2013. The boat was based on the traditional St Kilda mailboats, which were the only way islanders could contact the outside world.

They were made from a range of materials and the letters were placed in a waterproof container which could be a tin or a bottle.

They were then attached to something that would float such as a piece of wood or a buoy which could have been made from an inflated sheepskin bag.

Some mailboats reached the Scottish mainland but some floated as far as Iceland, Denmark and Norway.

In April, four children found the 2010 mailboat, more than 1,000 miles from its departure point, near their grandfather’s boathouse on Andoya, the northern island in the Vesteralen archipelago off Norway. 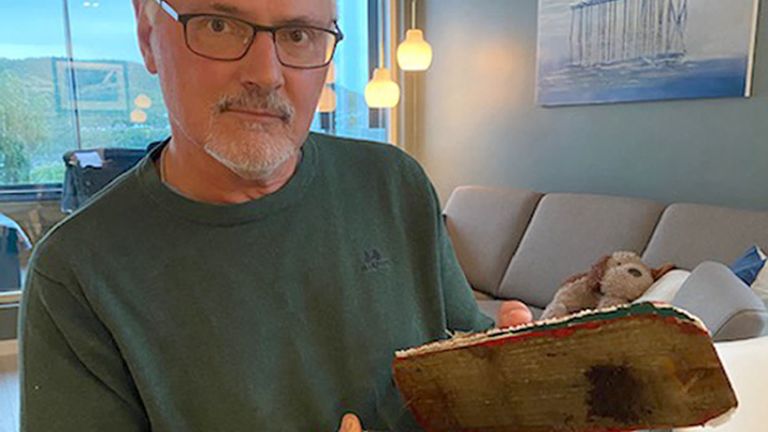 As the children carried it away one of them dropped it and it burst open to reveal the seven postcards in perfect condition.

The cards requested that they be posted back to the NTS and the children’s grandfather Geir Soreng did this.

In his letter to NTS, Mr Soreng said: “Emil, nine, Ask, nine, Tiril, six, and Erling, four, were excited when they found a secret room in the boat, with seven cards. We had never heard of this fabulous island and are fascinated by the story.” 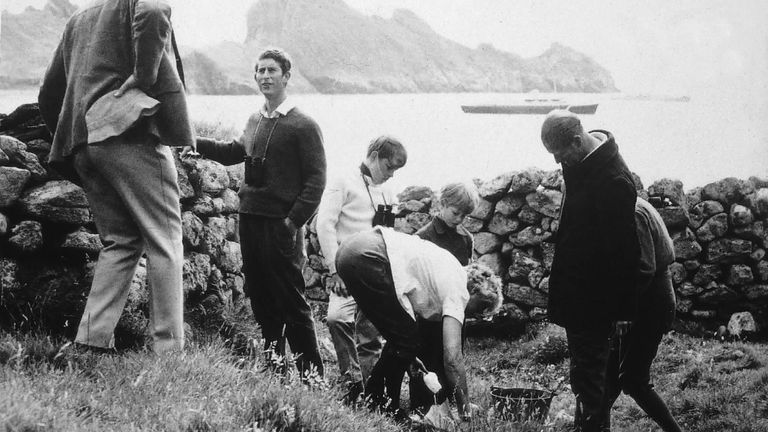 The card for Mr Gillies was sent to his son John Gillies, who lives in Aldham, Suffolk.

He said: “It’s incredible really. For a postcard that has been in the water for 10 years it’s in remarkably good condition, you would think it was just sent yesterday by someone. It really was a surprise.

“My dad died in 2013 but he would have been really chuffed to have received it. For me to get it all these years later, it’s quite touching really.

“Even though he left when he was five he had very vivid memories of the island.”

St Kilda is now empty, apart from nearly one million seabirds, including the UK’s largest colony of Atlantic puffins.

The five islands – Hirta, Soay, Boreray, Dun and Levenish – have been under the care of the NTS since 1957.