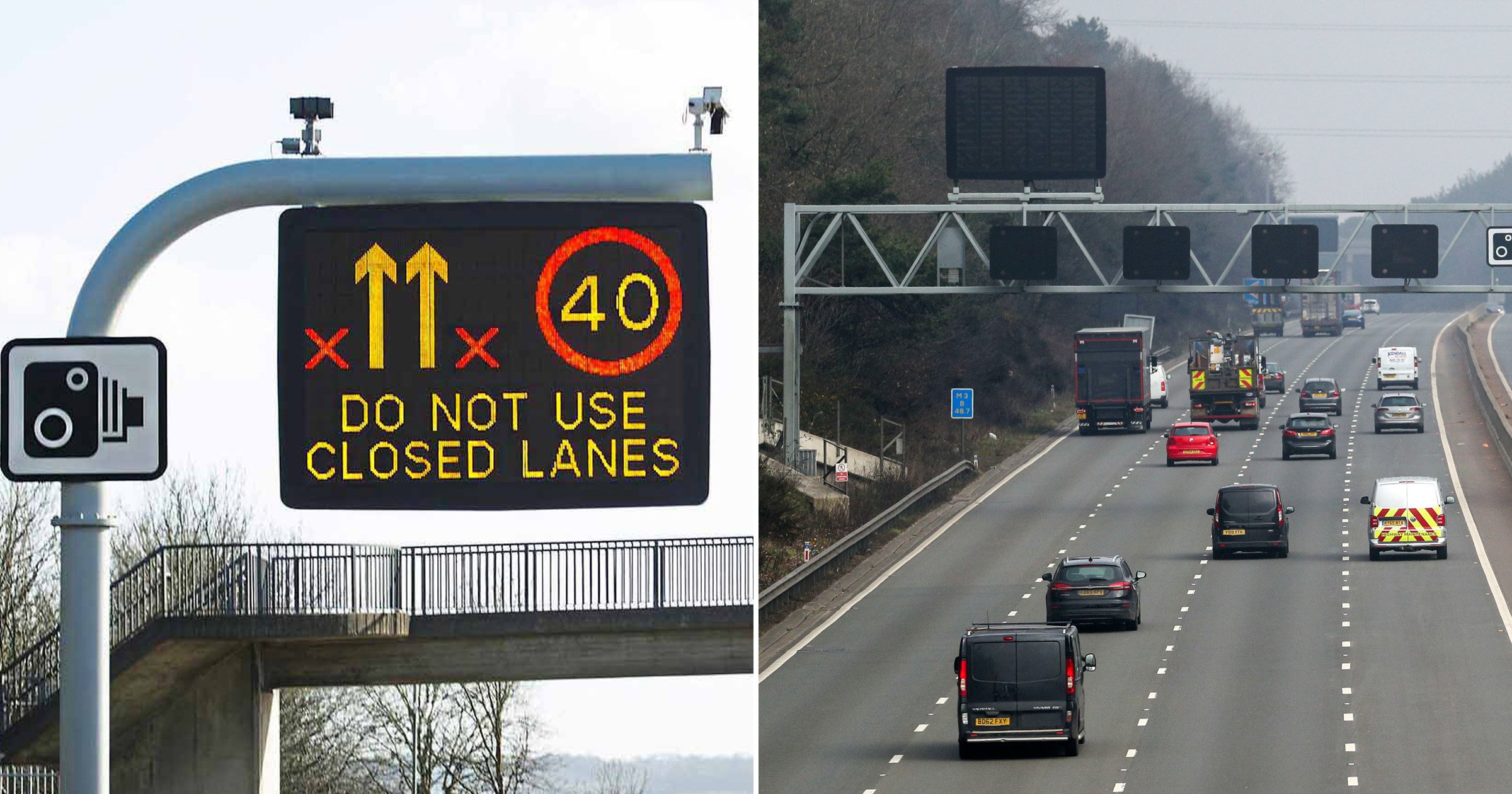 Staff weren’t allowed to use a signal on a smart motorway because it looked like a penis, an ex-worker has claimed.

Operators were told the overhead sign telling drivers both the fast and slow lanes of the road were closed was said to resemble male genitalia and they were allegedly blocked from activating it.

A damning statement by Christopher Challis, who worked at the CCTV centre on the M25, has detailed a series of issues experienced by camera and sign operators working on the controversial motorways.

He said CCTV coverage, used to spot broken down drivers, was ‘abysmal’ with cameras often broken or obscured due to condensation, The Daily Mail reported.

The paper has seen a copy of the former worker’s statement which has been sent to MPs as part of an inquiry into whether the roads are safe.

Staff monitored the road, which does not have a hard shoulder, in case of breakdowns and could close lanes off to protect drivers if necessary.

But they were not allowed to close both the inside and outside lane at the same time because of the risk of displaying a phallic like image on the overhead sign, Mr Challis claimed.

His statement said: ‘There was also the case of not being allowed to use certain signals to close particular lanes as the signals would look like a penis and so the settings prevented us from making certain closures. We all at first thought it was some overdue April Fools’ joke.’

Speaking to the Mail, Mr Challis added: ‘Somebody in their wisdom, higher up in Highways England, had suggested it looked like a penis, because the two red Xs looked like balls. We were told, “you can test it but don’t implement it”. When you tried to set it, it said “invalid”.’

The issue meant that if there were break-downs in both lanes one and four, the operators couldn’t alert other road-users, potentially putting people at risk.

Highways England have claimed smart motorways are among the safest roads in the country but MPs launched an inquiry in February after concerns were raised by coroners. They are due to report back later this year.

Jason Mercer, 44, and Alexandru Murgeanu, 22, died after lorry driver Prezemyslaw Szuba ploughed into their stationary vehicles on the M1 in June 2019.

An inquest heard the deaths may have been avoided if there had been a hard shoulder on the motorway and coroner David Urpeth said smart motorways present an ‘ongoing risk to future deaths’.

Highways England Acting Chief Executive Nick Harris said: ‘Our smart motorways stocktake first year progress report shows that, in terms of fatality rates, smart motorways are the safest roads in the country. And we have committed to a set of measures to further boost safety, including ensuring every new all lane running motorway opens with technology in place to spot stopped vehicles.

‘We will continue implementing the findings of both the first year report and 2020 stocktake, and will work with drivers to make increasingly busy motorways even safer for everyone who uses them.’