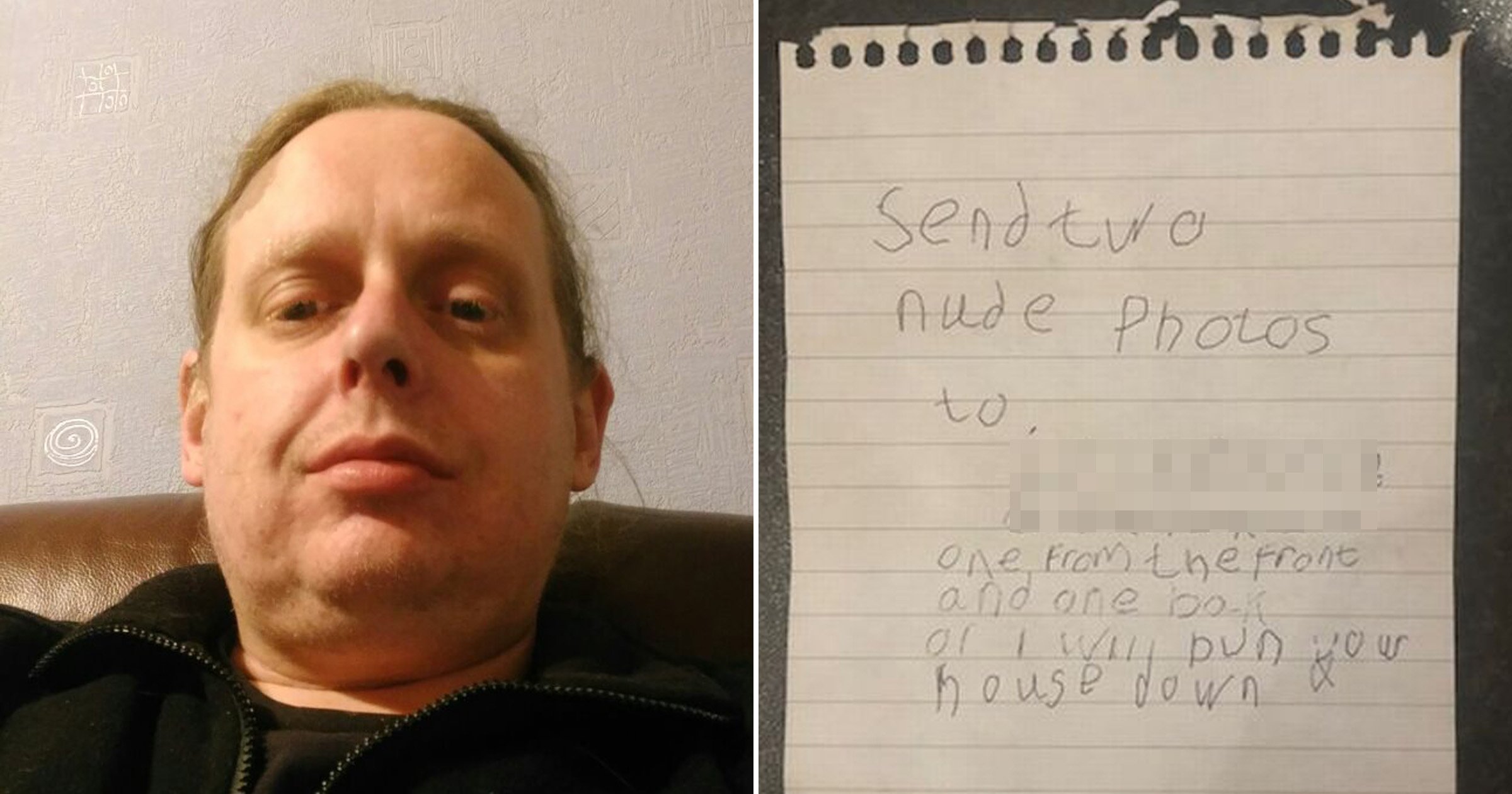 A mum was sent chilling notes threatening to burn down her house by a stalker neighbour – who still lives on the same street.

Gary Braidwood, 41, put sinister messages demanding nude photographs through the letterbox of the home she shares with her child.

The woman – who wishes to remain anonymous – only discovered her neighbour was behind the vile threats when she installed a video doorbell on her home and sent the footage to police.

Braidwood, who has a history of offending against women, was spared jail at Minshull Crown Court earlier this year after admitting a stalking charge.

He was given a community order in 2018 for taking a photograph up a woman’s skirt in a Tesco store.

Now the woman who received the chilling messages has gone public with her story after claiming he is still living down the road.

She said she received the first note in crude handwriting at her Glossop home in November 2021 and thought it might be a prank .

Speaking to the Manchester Evening News, she said: ‘Over the next week I just got letter after letter through the door.

‘They started mentioning my child and saying if I cared about him I would send pictures.

‘Another one just said ‘tick tock’ on it with the email address again.’

She said footage caught him creeping up to the house like ‘something out of a horror film’.

Police installed a panic alarm and took the letters away in forensic bags but the mum said it was ‘absolutely terrifying’ and led her to lose trust in other people.

Braidwood was sentenced to 24 weeks imprisonment suspended for 18 months after pleading guilty to an offence of stalking involving fear of violence.

He was also ordered to complete 30 Rehabilitation Activity Requirement days and was made the subject of a five-year restraining order not to contact the victim.

She said there has been no further messages since the court case but wanted answers from Derbyshire Police about why he was still able to live so close.

DCI Steve Bruce, who leads the force’s response to stalking, said Braidwood was arrested just three days after the offence.

He added: ‘While the force makes every effort to ensure that victims are treated in a considerate and caring manner, it appears that on this occasion we have not delivered a service that was expected by this particular victim.

‘While there has been no formal complaint made to the force, I have personally tried to contact this victim in order to speak to her directly to understand what was said to her and any lessons that can be learnt from her experience.’

He said it was up to the courts to set the terms of restraining orders at sentencing but other measures to ‘safeguard victims and prevent further offending’ are ‘being progressed by officers in relation to this particular case’.