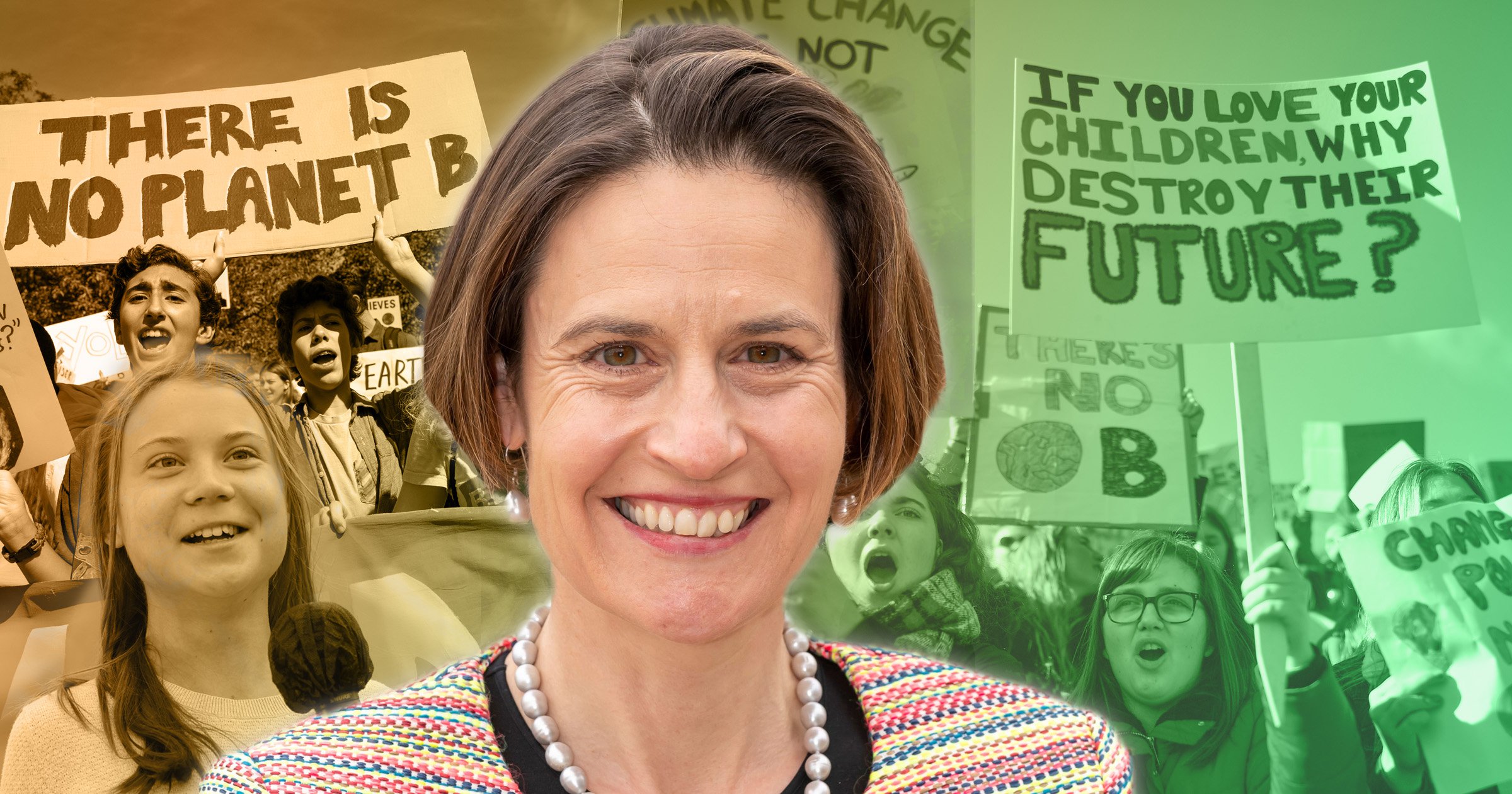 Students should not walk out of class for climate protests as ‘standing in a street with a banner’ is unlikely to make a difference, a headteacher has claimed.

Samantha Price, who runs Benenden School, in Kent, says youngsters should learn to argue their case rather than risk being ‘continually combative’.

It comes after youth activists protested during school time at the Cop26 summit in Glasgow, where Swedish campaigner Greta Thunberg once again dismissed climate pledges as ‘blah, blah, blah’.

The teenager became one of the world’s best-known climate activists after taking a year out of school to try and force world leaders to take action.

But Mrs Price, president of the Girls’ Schools Association, believes children should learn to do more than ‘shoot from the hip’.

Ahead of a speech to the GSA conference in Manchester today, she said: ‘I don’t think students should be walking out of class over climate.

‘I do think students should be encouraged to feel passionate about things and I think that students should feel that they can go to their school and they should bang the drum on aspects around climate, and think through with the school what they can do that’s actually proactively going to make a difference.

‘And I personally don’t think that standing in a street with a banner is going to make that difference.’

‘I think that as school leaders where our responsibility comes in is working with the students to use their voice effectively so that it doesn’t become continually combative in terms of what they are trying to achieve so i.e. protests and rallies and just shooting from the hip and speaking out.’

Mrs Price added that students need to be able to actively listen and respond to differing opinions to campaign effectively.

This could be achieved by creating ‘a safe space to talk in where people are respectful of each other’, she said.

It comes after Greta said she believes protesters ‘sometimes need to anger people’ to gain attention.

Scientists have warned the world could suffer catastrophic ice losses, despite Cop26 vows.