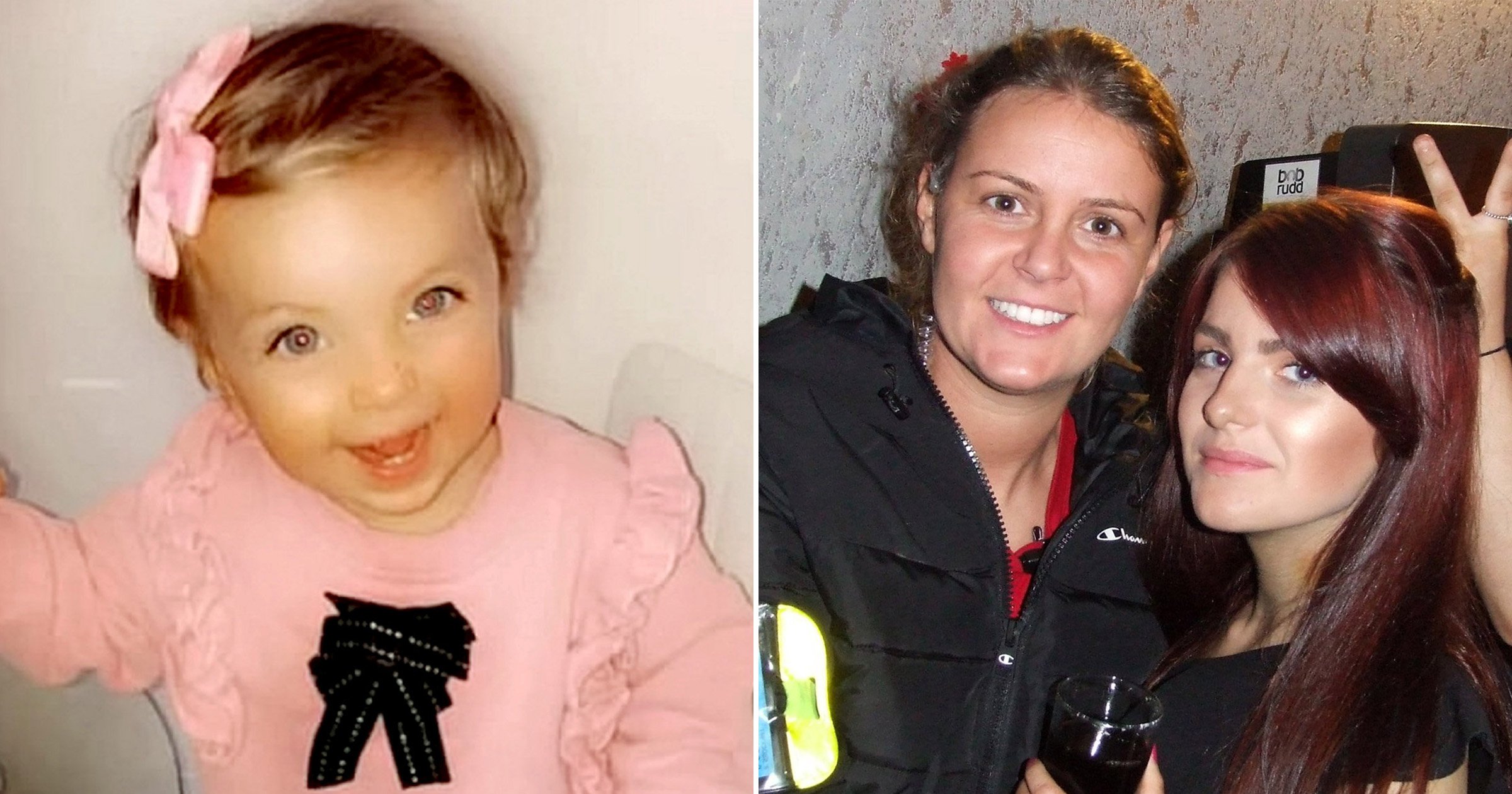 The couple responsible for 16-month-old Star Hobson’s death both should die behind bars, the toddler’s great-grandad has said.

Yesterday Savannah Brockhill, 28, was told to serve at least 25 years in prison for killing her partner’s child in September last year.

She punched, kicked, stomped and throttled Star at their home in Keighley, West Yorkshire, and even called 999 pretending another toddler had dealt the fatal blows.

As she was given her sentence at Bradford Crown Court, Brockhill blew kisses and face a thumbs-up to relatives sitting in the public gallery.

The girl’s mum, Frankie Smith, 20, was cleared of murder, but was instead convicted of the lesser charge of causing or allowing her death.

She was jailed for eight years for turning a blind eye to her daughter’s abuse, but in reality it’s likely she will only serve four.

He told the Sun: ‘Is that all Star’s life is worth? Frankie will be out in four years — how is that justice?

‘She watched her child die. She lied repeatedly to cover hers and Brockhill’s tracks. They both deserve to rot in jail. It’s disgusting.’

While such an punishment is not an option under UK law, there are rare occasions where people have been given a whole life sentence.

‘Bedsit killer’ David Fuller, who murdered two women and sexually abused at least 100 corpses in hospital mortuaries, was given one yesterday.

In the months running up to Star’s death, she was subjected to a campaign of physical and psychological abuse by the couple, who were said to be in a ‘toxic relationship’.

Star’s paternal grandad, Bernard Hobson, 55, earlier told the court: ‘We have been haunted by wondering what Star endured during the last months of her short life. Now we know it was a living nightmare for her.’

Harrowing photos show a glum and on-edge looking Star being held by a smiling Brockhill four months before her death.

Friends and relatives with concerns over the girl’s mistreatment and bruises on her body alerted social services five times in the space of nine months.

On each occasion, the couple managed to convince authorities the marks on Star’s body were accidental.

They claimed complaints had been made maliciously by people who didn’t approve of their same-sex relationship, or Brockhill’s Romany Gypsy background.

Following Star’s murder, a safeguarding practice review has been launched to try and establish what went wrong.

He said: ‘What happened to Star Hobson is shocking and heartbreaking. We must protect children from these barbaric crimes and ensure lessons are learned.’

Bradford Council leader Susan Hinchcliffe said a review is being carried out into agencies’ contact with the family.

She added: ‘Star was let down and we all want to know if anything could have been done differently.’

The Department for Education said Star’s death was ‘deeply disturbing’ and that it would ‘not hesitate’ to remove children’s services control from Bradford Council ‘if necessary’.

It comes after the recent harrowing case of six-year-old Arthur Labinjo-Hughes, who was tortured, poisoned and murdered by his step-mum Emma Tustin.

An NSPCC spokeswoman said: ‘Star Hobson’s young life was cut brutally short and it is appalling that she was harmed by the very people who should have been keeping her safe.

‘Star was subjected to horrific cruelty and violence over several months that no child should ever have to experience.

‘This awful case comes as many of us are still upset and horrified over what happened to Arthur Labinjo-Hughes.

‘We must do all we can to prevent cruelty and abuse to children. As always, we urge anyone who has concerns about the safety or wellbeing of a child to contact the local authorities, the police or the NSPCC helpline.’

Cases of children suffering horrific abuse and dying at the hands of their parents and guardians and will make many of us ask ourselves: ‘Could I have spotted the warning signs?’

We spoke to the NSPCC on what to look out for if you suspect a child is being abused and steps you should take.