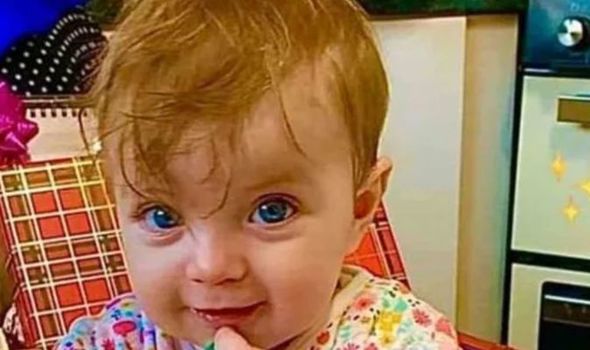 Andrew Smith, 50, died on June 16, after losing his battle with addiction and depression, an inquest was told on Wednesday. The father-of-seven suffered a cardiac arrest and was rushed to Bradford Royal Infirmary but could not be saved. Mr Smith died on his daughter Frankie Smith’s 20th birthday, Bradford’s Coroner’s Court heard.

His daughter was jailed for eight years last month for her involvement in the death of the 16-month-old girl.

Her partner at the time, Savannah Brockhill, was jailed for 25 years for killing the young child on September 22, 2020.

Mr Smith’s body was found to have toxic levels of methadone in his blood, which was recorded as his cause of death, the court was told.

Just five days before his death, Mr Smith had discharged himself from hospital after suffering a respiratory arrest following a drugs overdose, the inquest heard.

A statement from one of his daughter’s Jade Smith, was read out by Assistant Coroner Angela Brocklehurst.

She said her father was a sociable and very funny man.

However, in his final years, Mr Smith had become lonely and unhappy.

He lived with anxiety and depression for many years and had been a long-term drug user.

Mr Smith had attempted to beat his addiction and spent long periods sober, before relapsing throughout his life.

A previous appointment in May 2021 had discovered traces of heroin, cocaine, cannabis and methadone in his urine.

His daughter said: “He always tried to escape them but the drugs drew him back in, they gave him an escape when things got tough.

“I told him to get off the drugs but it was a losing battle.

“If he could turn back time he would have lived life differently.”

“I find the cause of death was methadone toxicity, and my conclusion is this was a drugs-related death.

“My condolences and sympathies go to Mr Smith’s family, Jade painted a picture of a man loved and supported by his family who tried to escape addiction; sadly that was not possible and it brought about his sad death, but he tried.

“It’s a tragic loss and I am sorry for that loss.”