Kelly Thomson risked her own health by eating just one meal a day for nearly two years in order to have enough food to feed her kids. The 43-year-old even considered begging after but her life has been transformed after receiving a remarkable £8,767 through crowdfunding.

The mum of two, from Slough, Berkshire, is debt free and has been able to reclaim her children’s toys from the pawn shop.

Kelly, who now eats three meals a day, said: “When I saw the fundraiser had reached £8,000 I nearly fainted. I cried my eyes out. I couldn’t believe that something like that could ever happen to me.

“The first thing I did was go and get back my children’s toys, which I had to take to the pawn shop to buy food. I’ve paid off all my debts – I’m even in credit, and now I can sleep at night for the first time in years because I don’t have debts hanging over me.

“I’m getting back to health and looking to get back into work, and I can tell it’s a weight off my kids’ shoulders because I’m not stressed. It has changed everything. Everyone that donated has given me and my children the lift we needed and I thank you all from the bottom of my heart.”

Strangers from all over the world donated to help the family, one of millions across the UK hit by the cost of living crisis. 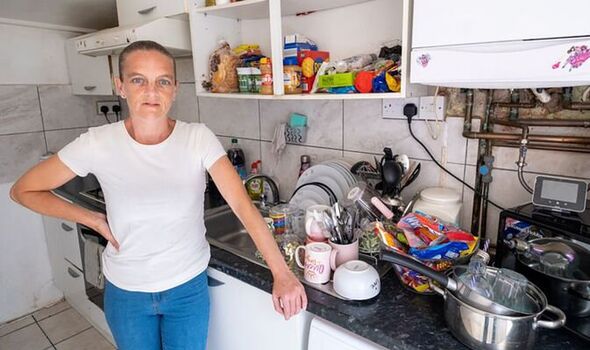 Prior to launching her GoFundMe page last month, Kelly had just £40 per week to spend on food for herself and her two children – often leaving her eating once a day just to ensure her kids got fed. She had been struggling to get by since getting long Covid in December 2020, when she was signed off from her job as a cleaner.

Her universal credit payments covered her £1,300 monthly rent and a few other costs, but she said that left her with just £160 a month left for everything else. She told how she was forced to take her children’s birthday gifts to Cash Converters to get money for food and they relied on a food bank to survive.

But, even after that, she said she would still have to go hungry just to spare enough food for her kids. Kelly said she lost two stone and even needed blood transfusions to replenish her depleted iron levels because she couldn’t afford fresh food. What little food she did get came in tins from the food bank.

She said: “I would wake up every morning and think ‘oh my God, not again’.”

Kelly set up the fundraising page on August 19 and it proved to be life-changing after thousands of pounds were raised in a matter of days. Hundreds of kind donors brought the total up to £8,767 by the time Kelly closed the fundraiser and withdrew the money. 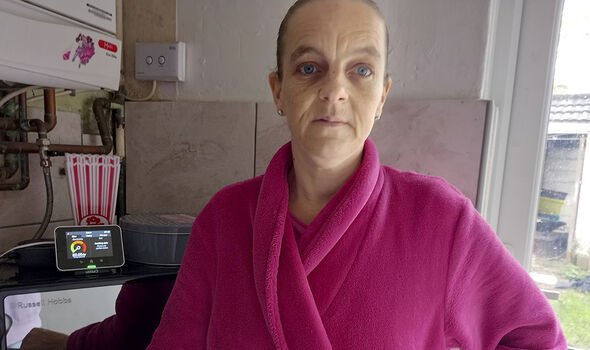 She says that, thanks to the donations, she has been able to pay off all of her debts for the first time in nearly two years. Her son, aged 15, and daughter, 12, have also had their belongings returned.

She has even been able to take them on a weekend away for the first time in as long as they could remember. But, most importantly, Kelly says she can now afford to do a weekly food shop each week – meaning her cupboards are full of fresh food and everyone in the family has been eating three nutritious meals a day.

Kelly said: “I closed the fundraiser because I knew we had enough – it went to £8,000 in days. I don’t want to take what I don’t need.

“I have had some trolls sending disgusting messages, but when they go through what I have, they’ll understand. Karma always comes back to you – maybe one day they’ll look back and realise they preyed on a vulnerable person they don’t even know.

“It’s been unreal. It’s been absolutely crazy. I can’t believe the generosity of people. I could never have dreamt or imagined that this would happen.

“I’m so happy. Genuinely happy. Now I actually like waking up in the morning knowing my children are ok.

“All I wanted was to know that my children are happy and healthy. I’d like to thank all the beautiful people who helped me and my children, God bless every single one of you. I hope you all live long and happy lives.”