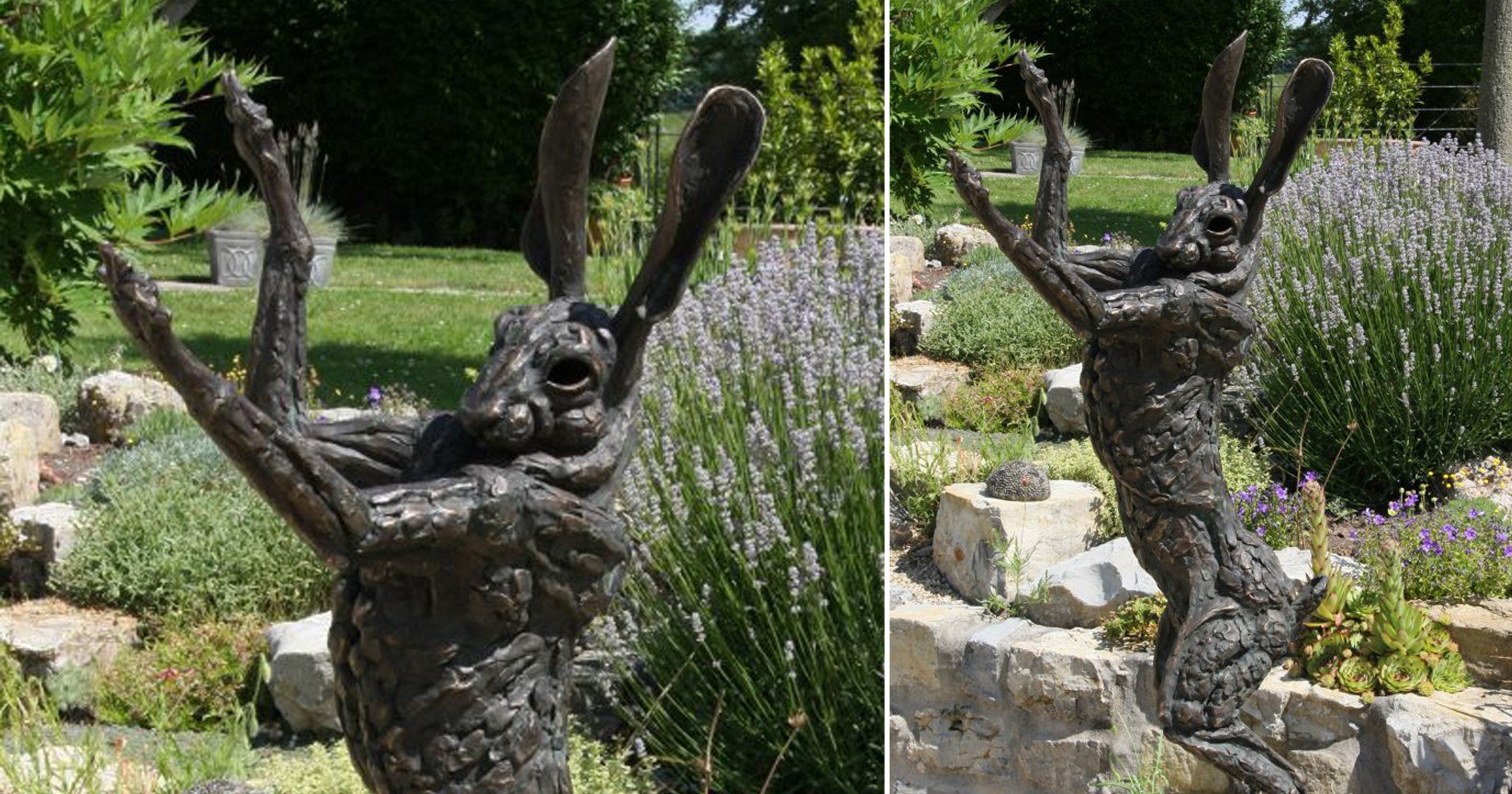 A heavy bronze statue of a hare valued at £19,000 has been stolen from a trade stand at Badminton Horse Trials.

The statue, which is over four feet tall, was part of a trade stand at at the five-day event famous for its show-jumping and dressage.

Made by Somerset artist Jan Sweeny, it is set on hamstone base.

PC Matt Leigh of Avon and Somerset Police said: ‘Being bronze, the statue weighs a considerable amount and so it’s likely more than one person was involved in removing it from the trade stand it was on display at.

‘We’re keen to hear from anyone who may have seen it being removed or transported and are also asking those at Badminton today to keep an eye out for it.