Earlier this week, the Queen announced exciting plans to mark her 70th year on the throne next year, including a four-day Bank Holiday weekend. There is also expected to be the return of the annual Trooping the Colour event, which has been affected by the Covid pandemic over the last couple of years. The news sparked speculation over whether the Duke and Duchess of Sussex will be invited to the event, as they have stood with other Royal Family members to wave at the crowds and watch the RAF fly-past in previous years.

However, their invitation may be in jeopardy after the couple dramatically quit the Firm last year.

Express.co.uk readers were asked between 10.04am yesterday and 7.45am today whether Meghan and Harry should be banned from balcony for Queen’s jubilee. 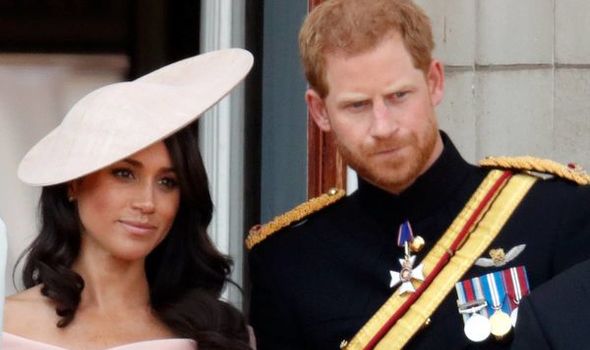 Readers were also quick to share their fury over the prospect of Harry and Meghan joining other royals on the balcony.

One person angrily said: “the Queens Jubilee celebration is a state event NOT a private family event.

“Similarly they MUST NOT be allowed to be involved or seen at any state event.” 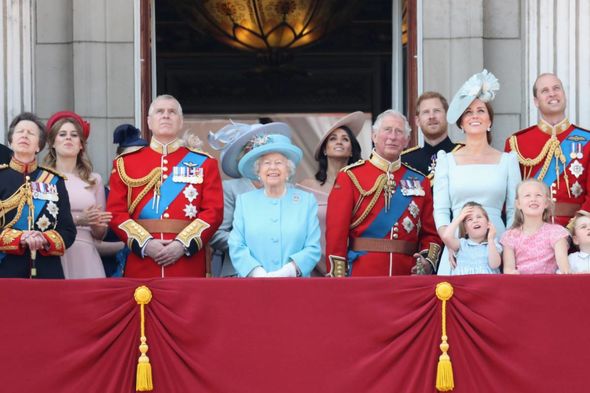 Another added: “The Queen gets my respect if she deals with them as not a granny would but as the head of her country should.”

Another person felt strongly about public backlash being sparked if the pair were seen on the balcony.

They said: “Only if they realise that there will be a public reaction to them being there and it will overshadow the celebration and the backlash will be massive.

“If they have any sense they will stay well away.” 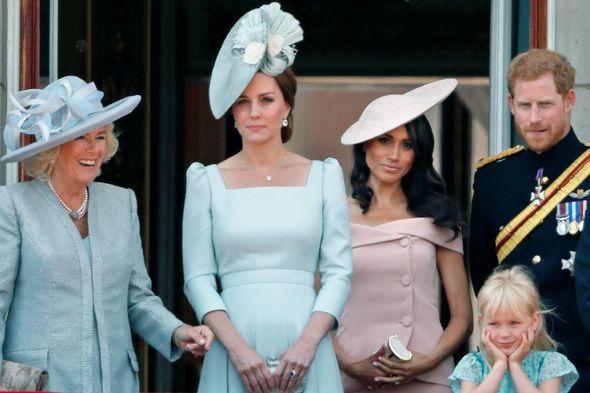 And a fourth reader simply wrote: “YES! Ban them!”

It comes after an insider told the Mail: “The Duke and Duchess of Sussex have been invited and I’m sure the Queen is very much looking forward to seeing them there.

“The balcony moment will be decided much nearer the time but there’s a limit to how many family members should be on it.

“I would have thought that working royals who contribute to the family would be higher on the list than the Sussexes.”

Meghan and Harry announced last year they were stepping down as senior royals to seek financial independence in the US.

They have since succeeded after they signed multi-mullion pound deals with Netflix and Spotify.

But they also plunged the royals into crisis this year when they gave a shocking interview with US chat show host Oprah Winfrey, where Harry said he felt “trapped” as a royal and Meghan spoke of feeling suicidal.

The Queen’s Platinum Jubilee is set to be celebrated over a four-day bank holiday weekend next year, which will take place from June 2 to 5. 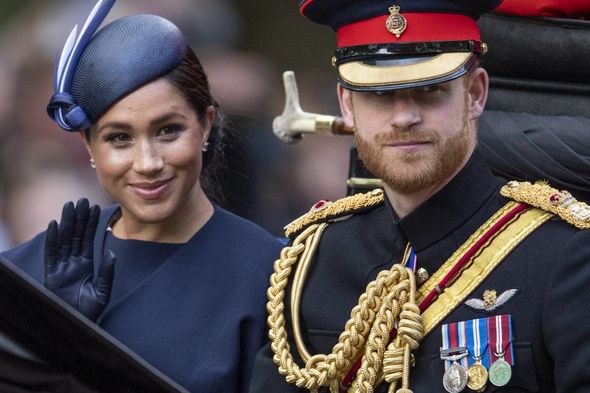 Some of the events will include a star-studded concert called Platinum Party at the Palace has also been organised.

There will also be a Service of Thanksgiving at St Paul’s Cathedral.

The celebrations will be particularly poignant as it will be the first time a British monarch has reached 70 years on the throne.