A haemophiliac has told the Infected Blood Inquiry he was “the only one left” of a group of teenagers with the disease who vowed to find out why sufferers were dying.

Stephen Nicholls, 52, was in his last year at Treloar’s, a Hampshire school for children with disabilities when, he said “the first haemophiliacs were starting to die and everyone was really scared”.

He said: “We realised that ‘this is really serious’, and ‘this is killing us’ or ‘killing haemophiliacs’.

“There were four or five of us in a room and we said ‘this is going to happen to us, we can see it’.”

Mr Nicholls said he was one of 89 boys at the school with haemophilia offered treatment onsite and it was only after leaving the school that he was diagnosed with hepatitis C in 1991.

Part of the inquiry is investigating the treatment the students at Treloar’s received to discover if they were given contaminated blood products.

He said: “We said ‘if it happens and it kicks off we’re going to rely on the person still alive to pursue it and find out why and what went wrong’. I’m the only one left. That’s tough. I think about that every day.”

Almost 3,000 people were infected with HIV or hepatitis C via contaminated blood products in the 1970s and 1980s, a scandal labelled the worst treatment disaster in the history of the NHS.

Two previous inquiries have been branded a whitewash by campaigners.

Kate Ashton told the inquiry she tried to take her own life after contracting hepatitis C from contaminated blood products in transfusions she was given while being treated for cancer.

She had multiple transfusions during the course of her treatment for acute myeloid leukemia in 1988 before undergoing a full bone marrow transplant.

She told the inquiry she attempted suicide in 2013 after a long battle with depression, which she attributed to hepatitis C.

“You feel like you want to release those around you from having to worry about you,” she said.

Ms Ashton was given the all-clear for hepatitis C last year, but continues to need six-monthly checks because of cirrhosis damage to her liver. 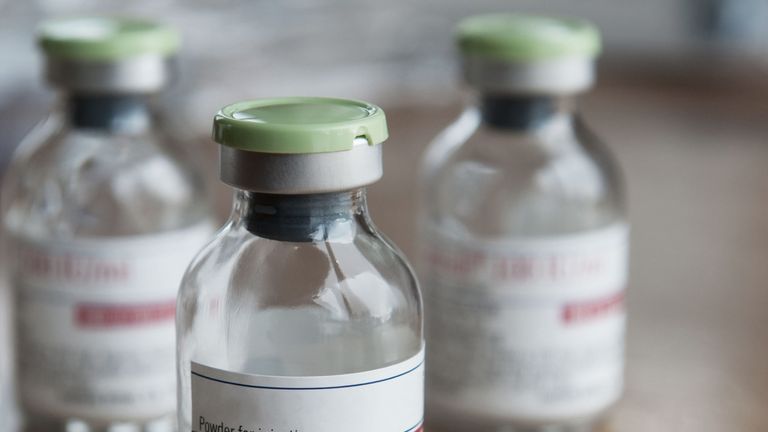 The inquiry also heard from Carolyn Challis, 63, who called for everyone in the UK to be tested for hepatitis C.

Ms Challis said she received three transfusions in 1992 and 1993 during treatment for Hodgkin’s disease, a type of blood cancer.

She was diagnosed with hepatitis C in 1993 and said it had a massive impact on her life, as she suffered fatigue “so deep and so profound that no amount of sleep fixes it” and “brain fogs” that were like “wading through treacle”.

The inquiry will also hear from victims in the coming months in Belfast, Leeds, Edinburgh and Cardiff.