Professor Mike Parker Pearson, from University College London (UCL), made a breakthrough in understanding the famed monument when he found a similar stone structure at Waun Mawn, in the Preseli Hills. Experts now theorise the dismantled monument in Wales became the “building blocks” of the Stonehenge attraction that stands in Salisbury, Wiltshire. And, incredibly, it could also shed light on why Stonehenge was built in the first place after presenter Adam Mastrelli investigated the link during Smithsonian’s ‘Secrets Unlocked’ series.

He said: “One-third of the people buried at Stonehenge were not from the local area, or anywhere near.

“Instead, they had spent their lives more than 100 miles away, albeit in a part of Britain with deep ties to Stonehenge.

“These remains belonged to the people who came from the same part of Britain as the first stones to arrive at Stonehenge, the bluestones. 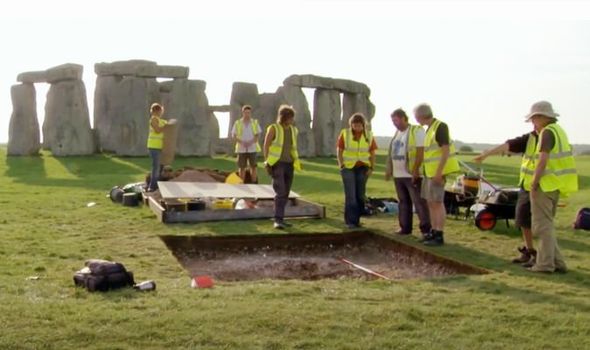 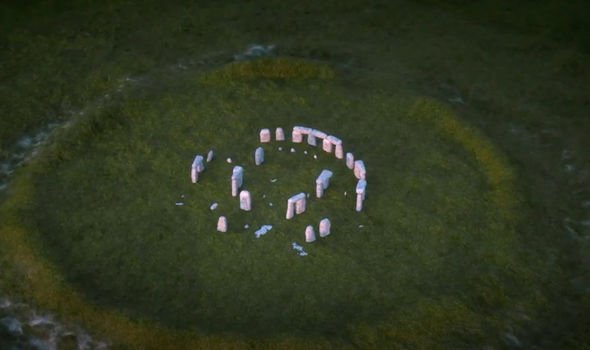 He added: “He has been examining one of the pits situated around the edge of the circle, where the cremated remains were originally buried.

“He thinks its contents reveal a connection between the bones and the bluestones.”

Speaking during the series, Prof Pearson stated one of his theories on why Stonehenge was originally created. 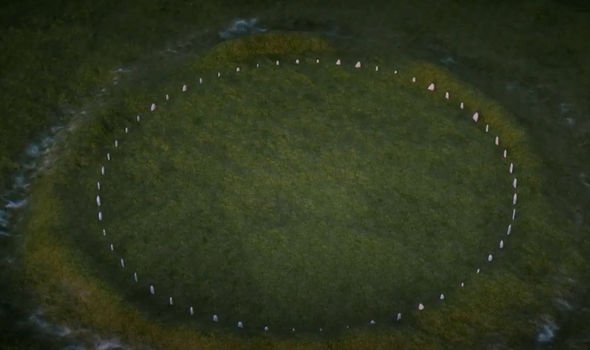 He said: “In the bottom of Aubrey Hole 7, the chalk had been crushed to powder.

“It had a very heavy weight on top of it and the dimensions of these holes are exactly the same as those today that hold the bluestones at Stonehenge.

“The bluestones, they’re almost like tombstones, marking the place where human remains would be put.

“So, they are absolutely fundamentally associated with the dead.”

And Mr Mastrelli explained how the monument later developed and why it linked back to Wales. 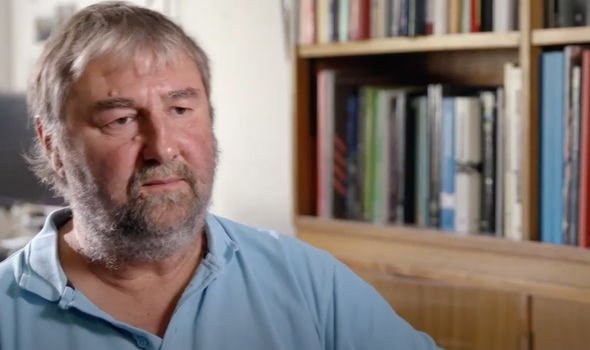 He stated in 2020: “Prof Parker Pearson believes that before they were moved to their current position in the centre, the Welsh bluestones stood in the Aubrey holes where the cremated remains were buried.

“If he’s right, he may have confirmed the original purpose of Stonehenge.

“He believes that the landscape of Salisbury Plain was uniquely suited to the faith and rituals of Stone Age Brits.

“Looking at the site from above, a pair of parallel lines is visible – forming an avenue running straight towards the stone circle.

“This neolithic road was constructed at the same time as Stonehenge and it lines up perfectly with the Sun on the shortest day of the year.” 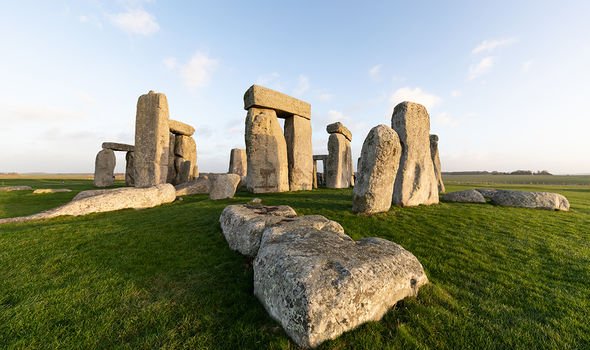 Waun Mawn is now being tipped as the original monument because it lies next to quarries where Stonehenge’s smaller bluestones originate, its perimeter ditch has the same diameter and is also aligned with the midsummer solstice sunrise.

Prof Parker Pearson believes it is possible that people moving eastward were bringing their cultural “crown jewels” with them from ancestral homelands in Wales.

Archaeologists stated that this could explain why the bluestones used at Stonehenge were brought from so far away, while most circles are usually constructed within a short distance of their quarries.