A ship which acts as a lighthouse was hit by winds of almost 90mph as Storm Freya began its journey across much of England and Wales.

Sevenstones Lightvessel, which marks the Sevenstones rocks – a dangerous reef to the northeast of the Isles of Scilly – was battered by 87mph gusts.

The Isles of Scilly experienced 68mph winds, and in Plymouth the wind was gusting at 53mph. 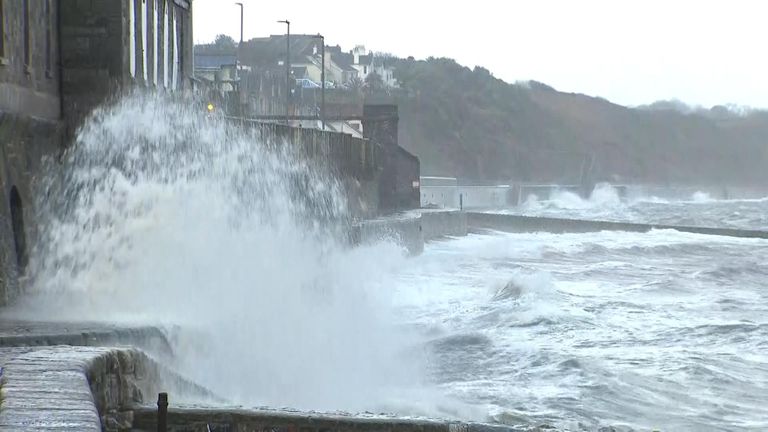 The Met Office said injuries and danger to life were possible as it issued a yellow warning which runs until 6am on Monday.

There could also be “damage to buildings and trees, such as tiles blown from roofs and fallen branches”, it added.

Sky News weather presenter Isobel Lang said Wales and southwest England would also see heavy rain, adding that it would “feel rather unpleasant in the freshening wind and rain”. 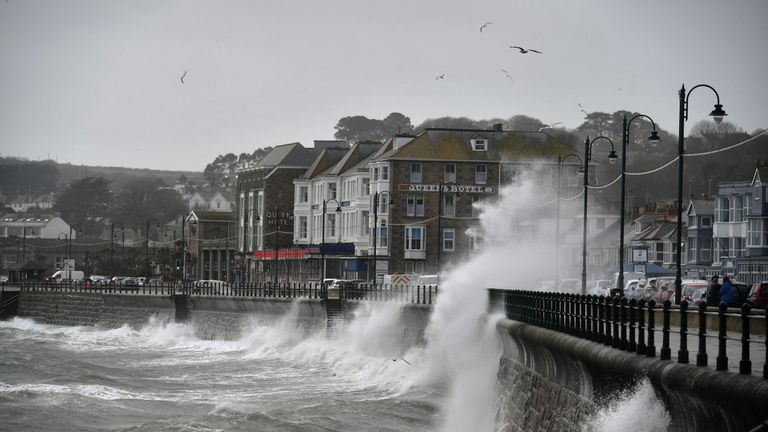 The A465 from Glyneath to Rhigos in South Wales was closed on Sunday afternoon because of flooding.

Storm Freya will be across East Anglia this evening and overnight, and should be gone by the time people start commuting to work on Monday morning.