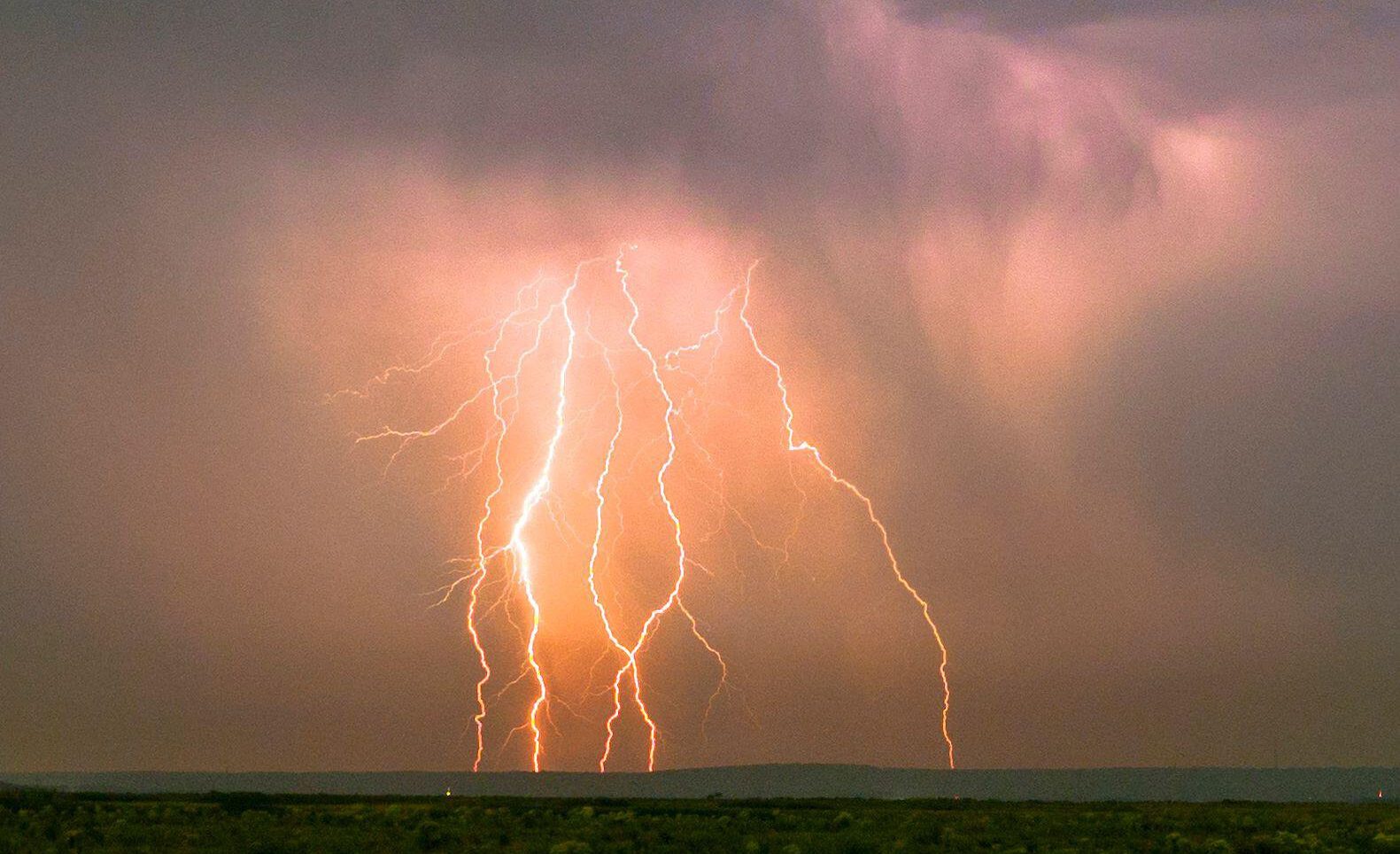 Britain’s record-breaking heatwave is over but will soon be replaced by thunderstorms and lightning.

The mercury will drop by up to 10C today and stay in the high 20s after yesterday officially became the hottest day ever.

Incredible pictures from last night show lightning bolts raining down on the countryside in Elmley, Kent, after the intense heat.

It comes ahead of a yellow alert for thunderstorms, which is in place for much of south, east and central England this afternoon.

The Met Office has warned people to expect sudden flooding, lightning strikes and disruption to the transport network.

Temperatures hit an unprecedented 40.3C in Coningsby, Lincolnshire, smashing the previous record of 38.7C, set in Cambridge three years ago.

The London Fire Brigade confirmed it had its busiest day since the Second World War after 41 homes were destroyed by the rapid spread of wildfires.

Two ‘large-scale’ incidents took place in Upminster and the village of Wennington, east London, where black smoke billowed into the air and buildings were gutted within minutes.

Several other significant incidents also occurred in the capital, with people urged not to have barbecues or bonfires due to the ‘unprecedented’ challenges for the fire brigade.

Elsewhere, a huge blaze in Barnsley saw a row of houses consumed by flames.

Doncaster Council said a major blaze in Clayton also spread to three residential properties and there were reports of houses on fire in the Kiverton Park and Maltby areas of Rotherham.

Nine people have died since Saturday in swimming accidents and there has been widespread disruption to train services.