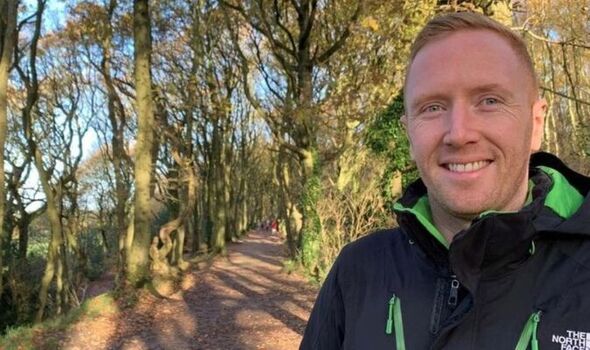 A dad who was out shopping with his partner was told he was “living in sin” because of his sexuality.

Jason Walsh, a Green Party councillor, told of how he was stopped twice in one day after he was recognised for his work in the local community.

The 35-year-old and his partner were first told they would be “sent to hell” due to their homosexuality.

However, an hour later he had another encounter with a stranger, but this person praised him for the good job he was doing.

Cllr Walsh, a bank manager from Bebington, Merseyside, told the Liverpool Echo: “In my early 20s, I had a few derogatory words said about me on the streets and I had a waiter ask me to stop holding hands with my partner in a restaurant as we were supposedly upsetting the other guests – which just wasn’t true.

“But then for about 10 years, nothing actually happened until this year.

“I had someone message me with one of my leaflets and they had written homophobic language on it and I needed to decide how to deal with that, so I reported it as a hate crime.

“But you shouldn’t have a tolerance for how much abuse you get.

“Around the same time as the hate letter, I had someone come up to me when I was with my partner as they had recognised me as a local councillor.

“The resident’s friend had said how we were living in sin and gave us the rhetoric around Christianity and how what we were doing was going to send us to hell.”

Cllr Walsh claims he acknowledged the person’s religious beliefs but emphasised they would not “dictate” how he would choose to live his life.

Thankfully, Cllr Walsh’s day took a turn for the better when an hour later he had another encounter with someone else who recognised him from his work.

He said: “People don’t often stop you on the street but on the same shopping trip, someone saw me and just said ‘Hi Jason, you’re doing a great job, keep it up’, it was just a bit of good karma.

“I usually don’t get either, but I received both in the same hour, and at least it ended on a high.

Cllr Walsh explained how he understands when going door-knocking in his local area, he is “inviting” criticism, but pointed out how it is one thing to attack a political party and another to attack politicians on a personal level.

He added: “I get plenty of people being unpleasant to me full stop. People sometimes forgot that others who put themselves out there to be politicians are genuinely in it for the right reasons.

“So it shouldn’t be ok to abuse someone just because they are a politician and they are black or they are gay.”

Having always wanted a family, the father-of-one, who had his daughter whilst in a heterosexual relationship, feared she would experience similar homophobia because of having a gay dad.

However, this would not be the case.

“A family is a family. I was worried about my daughter growing up and getting bullied at school but society is now a lot more open and with the younger generations literally, nobody cares (about it) anymore.”