The homeless person lay in a makeshift bed as the worker hosed down the pavement with a jet washer.

A ‘sickening’ video shows the individual throw back the covers after their bed seems to be sprayed.

They were seen holding up both hands following the incident in Camden, north London.

The woman filming is heard asking the worker ‘are you from Camden Council?’ as he smokes a cigarette.

Grassroots homeless outreach group Streets Kitchen has described it as part of an ‘ever-growing vicious hostile environment in London for those experiencing homelessness’.

The organisation has called for Camden Police to find out ‘exactly what went on’, along with Labour leader and local MP Sir Keir Starmer.

A Streets Kitchen spokesperson said: ‘These ongoing inhumane assaults on those experiencing homelessness in the borough can never be acceptable. 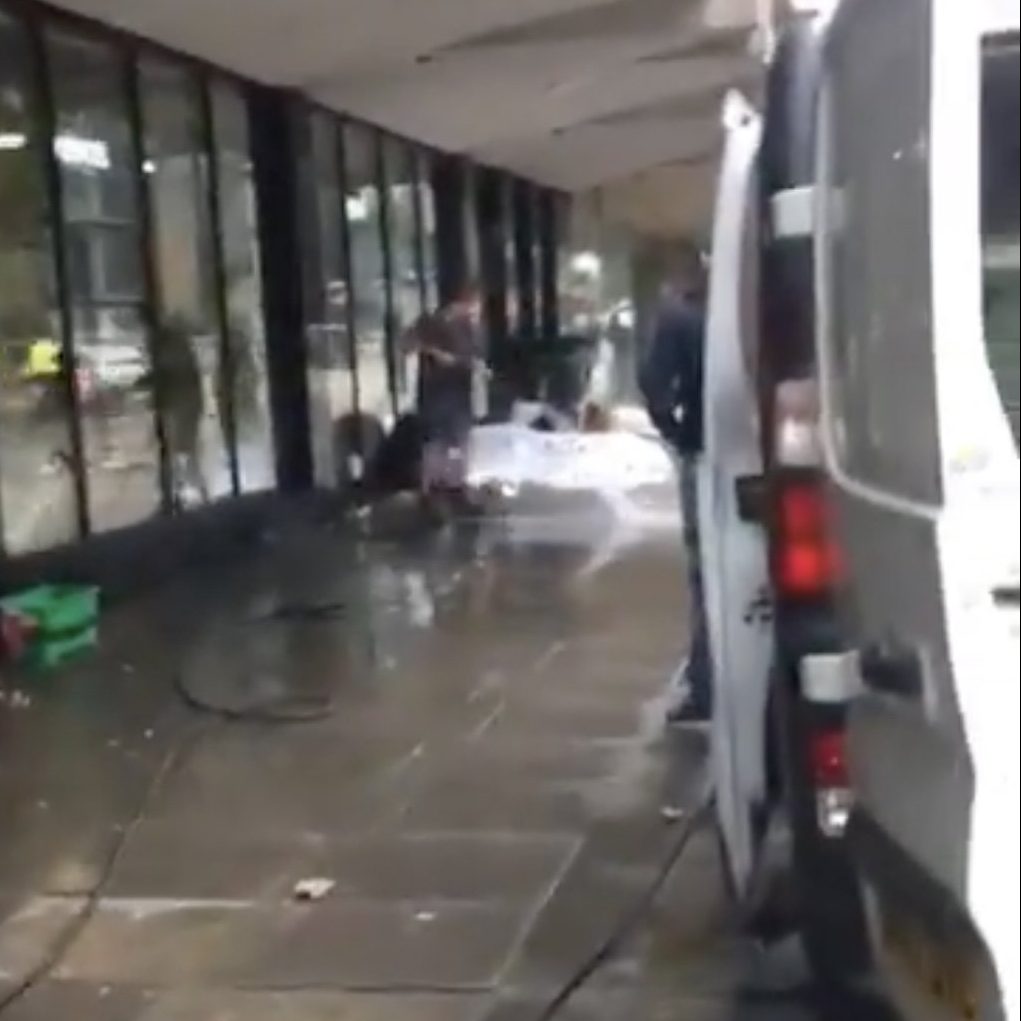 ‘We, along with many of our Homeless Taskforce colleagues have been observing and documenting an ever-growing vicious hostile environment in London for those experiencing homelessness particularly in Camden and Westminster. This must stop now.’

The Museum of Homelessness, a social justice museum documenting the history of rough sleepers, has named the incident ‘dehumanising’.

A statement said: ‘Unfortunately aggressive enforcement tactics are very common at the moment, it appears to achieve something for the agencies and authorities who use these tactics.’

The worker in question is not believed to be linked to Camden Council, according to a spokesperson.

They said: ‘Thank you for bringing this to our attention. We expect people experiencing homelessness in Camden to be treated with respect at all times.

‘We are looking into this incident to understand its full circumstances. We do not believe these are staff employed by Camden Council.’