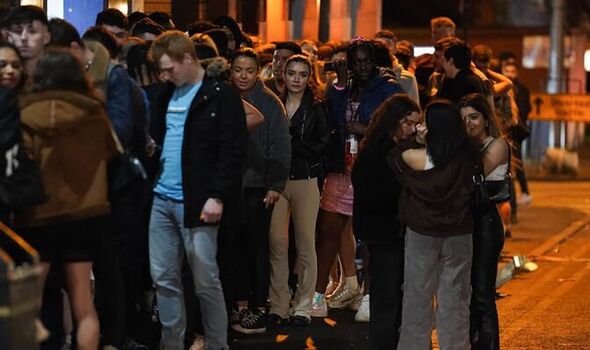 Men will be banned from The Mill in Digbeth, Birmingham, on May 6 for the party, arranged by third party LICK Events. It says the bash, which has been trialled at a venue in Vauxhall, London, will provide a safe space for women and trans women.

But people online claim the policy is “sexual discrimination”.

One woman shared: “Wouldn’t have thought that would be allowed in this day and age.”

Another posted: “I bet it was a men’s only club there would be trouble, this is extremely sexist.”

There is no reference to those who identify as non-binary.

Teddy Edwardes, who created the event, said: “I started LICK because I just desperately wanted somewhere where queer women could go and have a great time. I was sick of settling with what we had, which was not very much.

“The night we have created is so special but it’s just not enough. I want to give people a home, a place to go every night of the week and somewhere to feel safe more than one night a month, and I want to give more women opportunities to start their own nights.”

The Everything Lick website reads: “LICK is finally coming to Birmingham and you’re in for a treat! STRICTLY NO MEN ALLOWED.”

The club night is 18+ and revellers must be carrying ID. There are no tickets on the door and can only be purchased online.

A nightclub in Hackney, east London, was slammed last year for charging straight men six times the entry price of other customers.