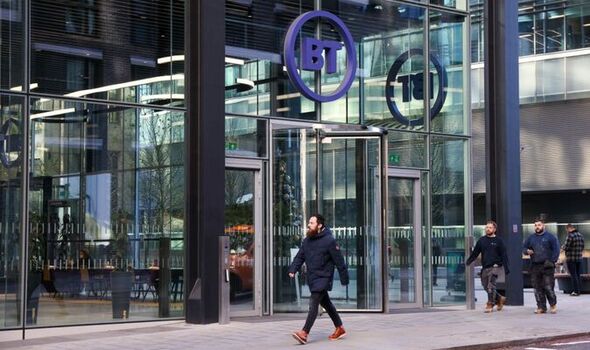 The Communication Workers Union said almost 96 percent of around 21,000 BT Openreach engineers voted in favour of a strike. Some 91.5 percent of BT Group workers who voted, many of them call centre staff, also favoured a strike. If a strike does go ahead, it would be the first in 35 years at BT.

The CWU said it would have a “serious effect” on infrastructure, particularly on broadband rollout, and may cause disruption to phone and internet users including those working from home.

The union labelled the company’s award this year of a £1,500 pay hike to frontline workers, which translates to 3%-8% increases, as “incredibly low” considering the country is currently gripped by the cost of living crisis.

BT has called the pay award its biggest in 20 years.

CWU General Secretary Dave Ward said in a statement: “Call centre workers are some of the most casualised and isolated workforces in this country.

“The unprecedented vote they have taken today demonstrates the anger so many people feel in this country today.”

A BT Group spokesperson said: “The result of the CWU’s ballot is a disappointment but we will work to keep our customers and the country connected,”

“Our job is to balance the competing demands of BT Group’s stakeholders and that requires careful management, especially in a challenging economic environment.”

The CWU added turnout of union members at BT’s EE mobile brand was under the 50 percent needed for a strike to be legally valid.